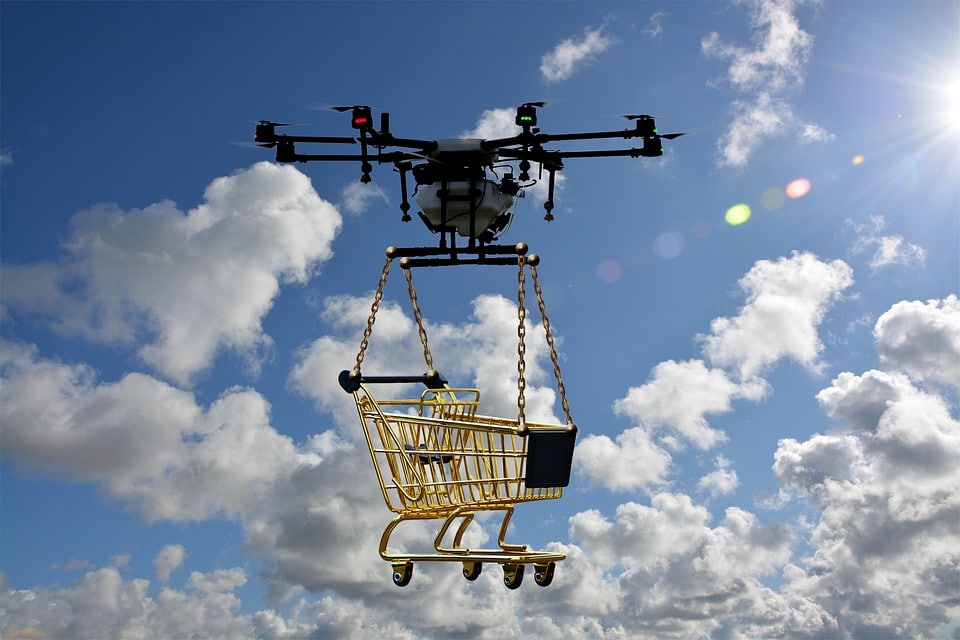 Drones have been around for some time now, but they aren’t yet being used to make a big difference to life around the globe just yet. In fact, these devices with a lot of potential are still regarded by many people as fairly expensive toys rather than as useful devices.

For starters, think about the number of vehicles which could be taken off the road through the use of short-range drone delivery – this would be much better for the environment and improve journeys for those on the ground. Long distance delivery could open up remote areas in new ways too, providing new ways for a lot of people to benefit from the online world!

Can you imagine ordering something from your favourite restaurant and then scanning the skies for its arrival? This would definitely add an extra touch of excitement to the occasion every time that you get food delivered to your home; whether it’s the best healthy food, or the dirtiest takeaway you can get!

Right now, food delivery is dominated by cars, perhaps bikes if you live in a more urban setting. Similarly to drones, bikes are a more environmentally way of getting food delivered but it does have limitations. For instance, you are restricted to ordering from local restaurants within cycling distance.

Currently, most drones can operate at distances of up to a mile or so. However, there are also long distance models that have ranges of up to 30 miles or more. These drones could open up exciting new possibilities in terms of food delivery in Australia.

Australia’s Flying Doctor service is world famous. For over 90 years, medical help has reached even the country’s remotest spots thanks to the use of a fleet of small airplanes. Yet, couldn’t drones operate as a different but equally useful service?

If a patient doesn’t need a doctor to visit them, but needs medicine, this could be shipped out to them by drone. Equally, medical staff in remote locations could receive the supplies that they need in this way instead of waiting on traditional delivery methods.

Of course, for this to work, it is likely that we would need to use drones that can cover far greater distances than they are capable of at present. As an indicator of the huge distances involved, the Flying Doctor service flew a total of some 16 million miles in 2017.

Perhaps the area where drones are most expected to be used soon is that of online shopping. Amazon is among the leaders in this field, as they attempt to find a way to send their deliveries out faster and more efficiently.

Amazon Prime Air is the name of the concept that they have created for this. Walmart has also filed patents for drones, although these are expected to help in the supply chain rather than to deliver goods to customers.

Trials have also been carried out in different parts of the world when it comes to delivering mail. In fact, the beforementioned Australia is also one of the countries to have tried this, along with Switzerland, Germany, Singapore, and Ukraine.

It is easy to imagine drones being used to make life easier in all of these ways. It may take a few years to improve the technology in order to handle the vast distances involved but it seems like only a matter of time before they are a norm