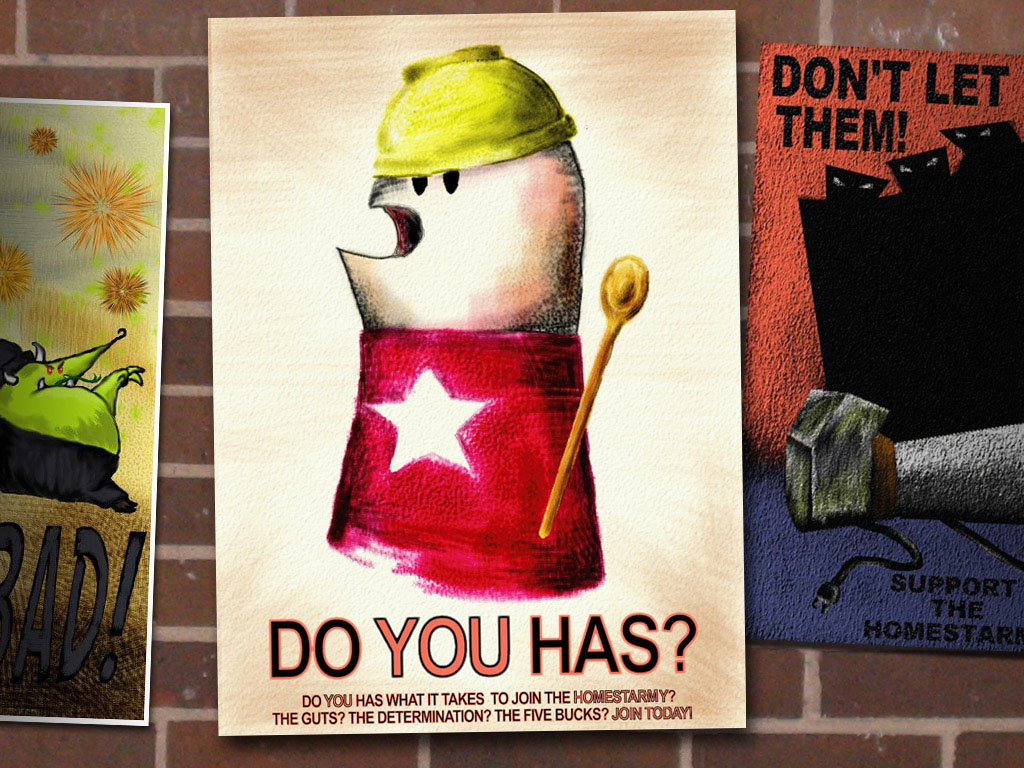 Those who were around before the great internet bubble of the late nighties exploded will remember a certain quaint little flash cartoon that took the world by storm.  I’m of course referring to Homestar Runner, the brain-child of Matt and Mike Chapman.  This bizarre web cartoon full of non-sequiturs, 80’s jokes, and self-referential humor went viral before that was even really a thing that happened.

The flash cartoon ran strong for around ten years with weekly updates of series like Strong Bad Emails, where the grizzly voiced Mexican wrestler answers fan questions, and Cheat Commandos, a G.I. Joe parody starring their furry yellow mascot “the Cheat”. In a way, Homestarrunner.com represented the way the internet was at that time.  It was full of completely unfiltered original content.  Trolls were just starting to emerge to make fun of people online.  Everyone was making their own little goofy website. Usually on angelfire or geocities.  And the brothers Chaps, as they called themselves were the first to make fun of it.

It all started with a goofy zine called Homestar Runner Enters the Strongest Man in the World Contest.  It was sort of a parody of kids books with its weirdly designed characters and warped moral lessons.  The two brothers were always looking for new ways to create content and make stupid jokes, so when the Mike and Matt discovered Flash animation it seemed like a perfect fit.  They adapted the characters from their zine, added a few more, bought a website from Yahoo and Homestar Runner.com was born.

Where Have They Been?

While their site was extremely successful, they didn’t get any ad revenue and only made money from merchandise.  When the two started having kids around 2010, it seemed only natural to go get some actual paying jobs.  So, the website went on hiatus for a while. While it was a shame to leave behind our favorite characters, the Brothers Chaps got to contribute their talents elsewhere.

First they got a job writing for Yo Gabba Gabba, which has similarly random character designs.  They did a few episodes of the Aquabats Super Show, a variety show with live action and cartoons reminiscent of the Super Mario Bros. Super Show.  They humor would be right up Homestar Runner’s alley with a ton of 1980s references and goofy characters.

Most recently, Matt Chapman has been working for Disney Channel animation writing, directing and even voice acting for shows like Wander Over Yonder, Mickey Mouse Shorts, and Gravity Falls.  The shows definitely have a touch of the Chapman voice, so I’d definitely recommend them to fans of the website.

In a recent interview on the Jeff Rubin Jeff Rubin Show, Matt Chapman said that their most recent cartoon, an april fool’s video with them pretending to update the site, was sort of a test run to see if it would be okay to get back into making regular updates.

The cartoon was a huge success, but the environment of the internet has changed significantly since the early 2000s.  Therefore, the brothers chaps are going to make a lot of changes to Homestar Runner’s website before they can start up again.  Most likely they’ll add some kind of ads so they can make a profit maybe they’ll allow for more interactivity between fans.  Either way, fans can rejoice at the return of some of their favorite characters.