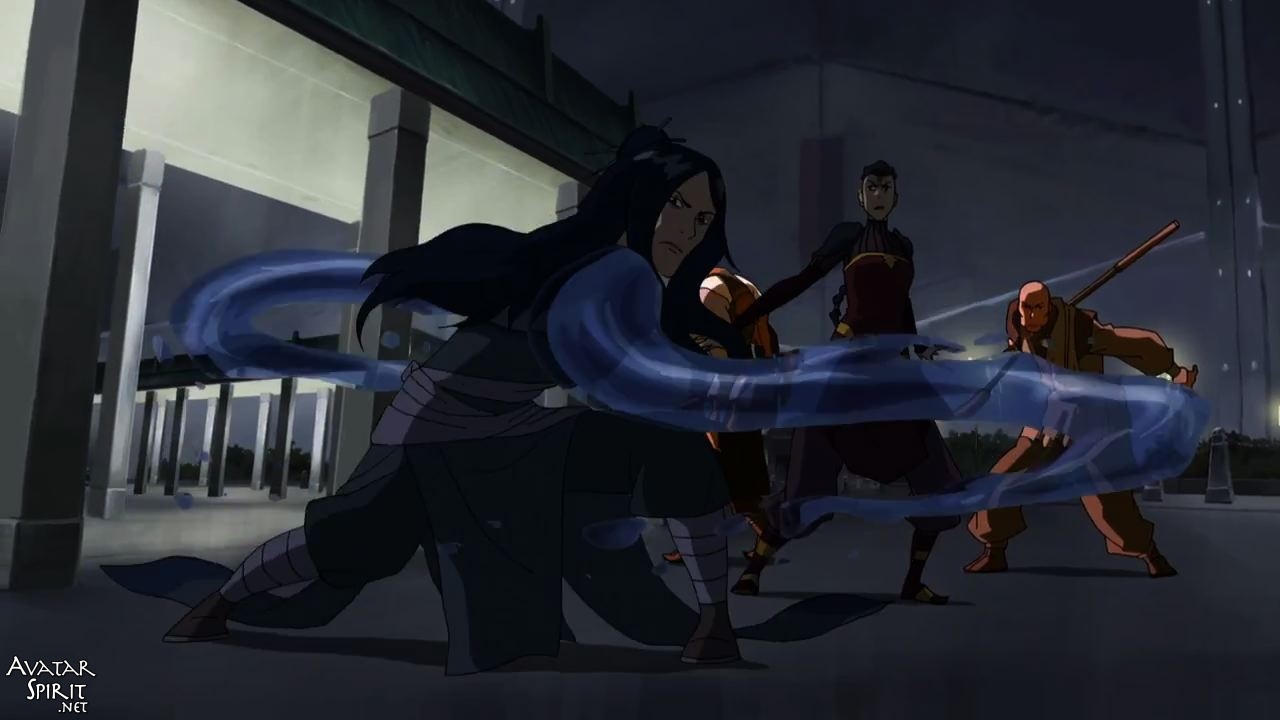 The Move to Streaming

Of course I should address the fact that Korra is moving to online streaming only instead of a live premiere. I don’t see this as a sign that Nick has lost respect for Korra. I see this more as an acceptance of what demographics Korra is hitting. Most Korra viewers are high school and college age and very few watch the premieres live. Most watch it on DVR or a pirated version online.  Since Nick recognizes that they cannot control the pirated episodes, the have opted to provide them online to ensure that they get ad revenue from online sources. Additionally, this benefits the college students in dorms who don’t have TVs or people who are too busy on Friday nights to catch an 8:00 cartoon. I see this as a positive direction for our adult-oriented cartoons, rather than a dismissal.

We rejoin team Avatar in Zaofu with Bolin and Korra still learning to metalbend. Bolin is still struggling while Korra excels. Bolin is extremely upset and matters are only made worse when he’s forced to split up Opal at her farewell dinner.

The two of them have a very cute goodbye over some raw kale. Even though they never really had too much chemistry, Opal did bring out a good side of Bolin, so it’s a bit of a shame to see her go.

Meanwhile, Zaheer and his team are finally ready to put their plan into action. They sneak into the city past all the guards with ease. Despite Pabu and Naga’s attempts to warn everyone, the four kidnappers shoot Korra with Shirshu darts knocking her unconscious.

This immediately leads to an intense action scene with everyone fighting in their pajamas. It’d be really funny if the fighting wasn’t so much fun to watch. The metalbenders are flinging big metal plates to contain the kidnappers.  Mako and Bolin try to fend off Ming-Hua’s big water arms. Ghazan keeps everyone at a distance by magmabending a huge lava pit around them.

Suyin comes up with a plan to repel down from the top of the city’s lotus petal shields on metal wires. In order to do so, Bolin has to hit P’Li in her third eye to momentarily stop her combustion powers. At the last second, Bolin hits his target, stunning P’Li and allowing Lin and Suyin to grab Korra. Unfotunately, Zaheer and his team disappear in a puff of smoke.

Aiwei realizes that someone must have helped them from within Zaofu. Being a Truth Seer, he is adept at interrogation and volunteers to interview all the guards and even Suyin. He finds one guard guilty and then the group finds evidence at his home. However, Aiwei wants to wait to interrogate the guard, which makes Mako suspicious. The guard was young and had never been outside the city making it unlikely for him to have a connection to Zaheer.

It turns out Aiwei lied and even had a secret tunnel for Zaheer to use to infiltrate the city. He runs off after blowing up his own house to destroy evidence. This leaves it up to Korra, Mako, Bolin, and Asami to hunt down Aiwei, using Naga to track his scent.

It’s nice to see the plot getting a jump start as up to this point, Korra’s mission to find the airbenders has felt a bit aimless. Bolin gets a nice confidence boost in this episode by taking down P’Li, despite still not mastering metalbending. Mako gets a nice chance to use his detective skills which makes him feel much less like dead weight.  Korra and Lin butt heads over whether Korra’s Avatar duties supersede her safety.