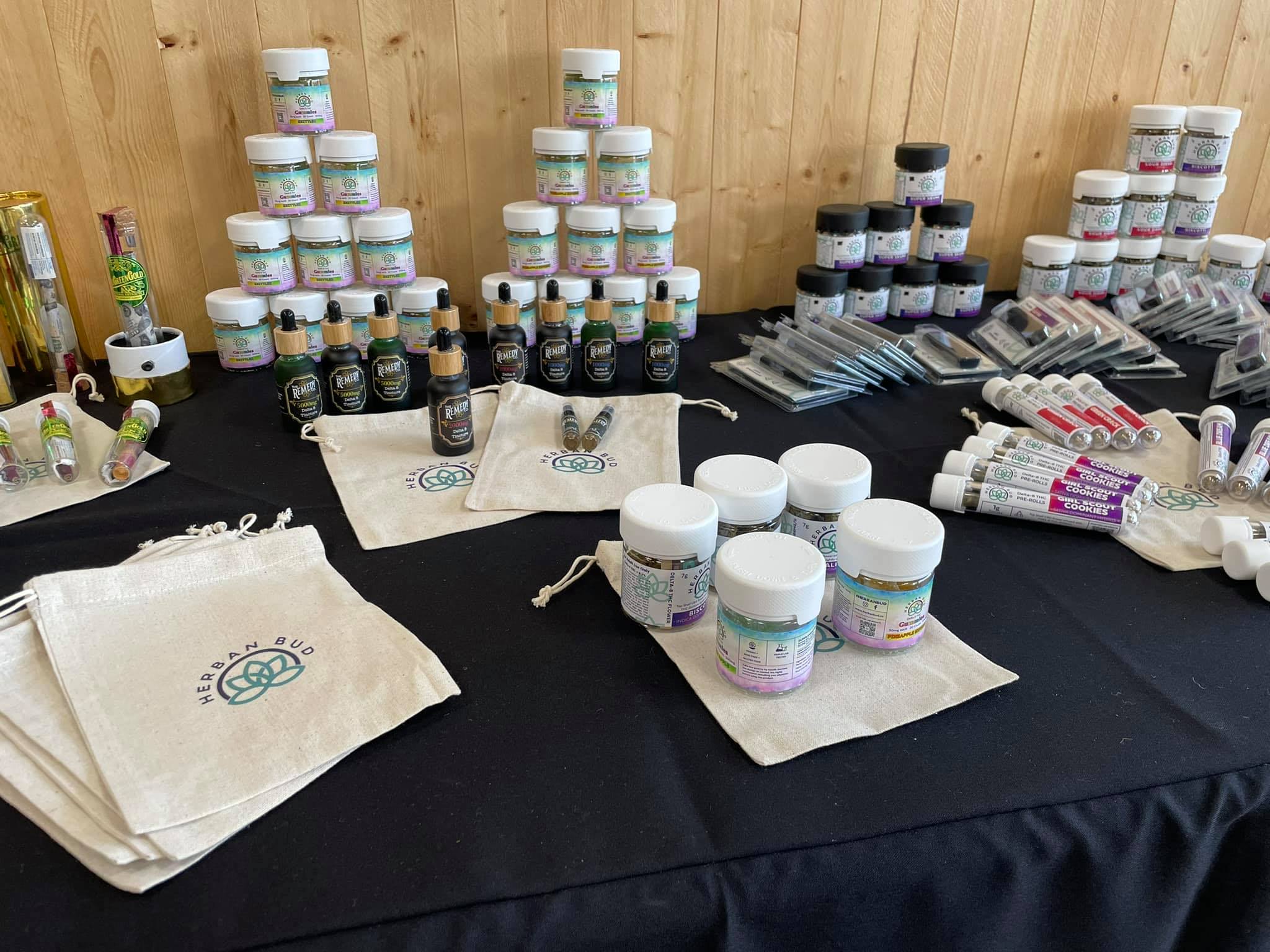 Over the past year or so, I’ve made it abundantly clear that I’m an advocate for CBD & Delta-8 products. Both my wife and I suffer from extreme chronic pain but absolutely hate having to take opioids and unfortunately, marijuana is not legal in Texas. Luckily, we found CBD a while back and while it helped quite a bit, the real benefits came when we stumbled across Delta-8 products from Herban Bud.

We’ve actually been using their Skywalker OG cartridges for several months and we pick them up at a local shop. A few weeks ago, I decided to check out the Herban Bud website to learn more about them and as they’re also a local business, I took advantage of an online sale and grabbed 11 different carts and left them a nice review.

It was at that point that I reached out to them, explained Geek Insider, and when they found out that I like Skywalker OG but hadn’t checked out any of their other product lines, they sent me a variety to check out for review consideration.

Well… I didn’t have to consider it long.

First, check out this unboxing video from when the shipment arrived.

A smorgasbord of strains, delivery methods, and products.

So… let’s see what I found out.

When it comes to flower options, I generally tend to go with the more “leaded” stuff as opposed to CBD/Delta-8. However, these products may make me change my mind.

I was having a rather high amount of pain this morning so I fired up an Ice Cream Cake joint and my wife and I took a couple of hits. First and foremost, we both liked the taste a lot and thought that it hit pretty smooth. About the 3rd hit in, I noticed that my foot pain was easing (I have nerve damage and scar tissue) and my back pain was slowly abetting. It’s a Indica Delta-8 strain so it shouldn’t be surprising that it helped with pain and came with a relaxing “body high.”

At this point, I had to try the Watermelon OG and boy-howdy, I have to say that it’s one of the best tasting buds I’ve ever tried. And I don’t even like watermelon. It’s a Sativa HHC strain and if you’re like me, I had no idea what HHC is. Well… it stands for Hexahydrocannabinol and is a hydrogenated form of THC. It’s created using a process called hydrogenation, which is simply (LOL) adding hydrogen atoms to stabilize the chemical structure. It’s basically the same way that vegetable oil is turned into margarine.

They also sent me some HHC flower of a sativa hybrid called Sour Space Candy and while I only took a couple of hits so far, I definitely liked the taste and benefits.

Well… whatever it is, it tastes fantastic and I’ll definitely be trying more HHC products.

I’m not an edibles person at all. For some reason, they’ve never worked for me and I’ve always figured it was something to do with my metabolism. I even went to Colorado a few years ago and of course immediately stopped at a dispensary and was a kid in the candy store. I snagged a variety of products and one of them was their most potent infused drink and they warned me that it was 3 doses. Long story short, I ended up drinking the whole thing over the space of 2 hours and never got a buzz or pain relief.

Well, once again, Herban Bud has given me second thoughts on this. Their 50mg Lemonade Delta-8 gummies not only taste delicious, they actually freakin worked for me! I can’t sing the praises of Delta-8 enough but I was completely surprised that I actually got benefits from an edible.

Unfortunately, my wife loves gummies and edibles and she snag the Lemonade for herself and pretty much forbade me to snag any more. LOL. However, they also sent me some 15mg Pineapple Express Delta-8 and I’ve been using those on occasion but with the low dosage, I have to take 3 or 4 to get the effect I’m looking for.

Another point I have to mention here is that their gummies are organic and vegan, and are completely free of GMO and gluten. Whether you like Delta-8 for pain, anxiety, insomnia, or just for the body high and you enjoy gummies/edibles, you should give these a try.

As I said earlier, we’re huge fans of Herban Bud’s Skywalker OG and I’ve tried almost every Delta-8 cartridge they have available. And that was all on my own dime. However, they included a Euphoria disposable pen of Apple Fritter and I will most definitely be getting my hands on some more of this. It’s another great tasting product that fills the room with a nice aroma but this one isn’t just Delta-8.

This was a double-sized disposable for one thing (2G), but it’s a spectrum of extracts:

I hadn’t heard of the “P” and “JD” ingredients so I did a quick search and found that THCP is a natural cannabinoid and is short for tetrahydrocannabiphorol (Trans-Δ9-tetrahydrocannabiphorol is the scientific term). In fact, some reports I found state that THCP could be 33x more active at cannabinoid 1 (CB1) receptors than THC and as such, it puts it in a legal gray area and some worry that it may be classified as illegal in some states or even at the federal level.

THCJD (Δ9-THCjd) is found naturally in all varieties of cannabis, including hemp and marijuana, and it’s a rare octyl cannabinoid and THC isomer. This is another one with a questionable future because it’s estimated to be 19x more potent than THC and over 25x stronger than Delta-8 and Delta-10.

The Euphoria line also comes in the Watermelon OG and Acapulco Punch and I actually went to purchase one of them but unfortunately, apparently everyone else loves them too because they’re all currently sold out.

Luckily, I love all their other products and have a stack of Delta-8 cartridges to hold me over until they restock.

If you like CBD/Delta-8 products or any of the above sounds good, you should really head over to HerbanBud.co and give them a try.

I can honestly say they’ve made lifelong customers out of my wife and I.