Facebook has been the subject of a lot of anger recently. From their spyware loaded Messenger App to their controversial name policy, users have been pining for a better alternative. Well, there may be a new face coming to the social media network game, one that’s free of everything people hate about Facebook.

Ello is the name of a social media network that is designed to operate without ads. At the moment, it is in its beta stage so is currently invite-only. If you visit its website, you can find a “Request An Invitation” on the page. 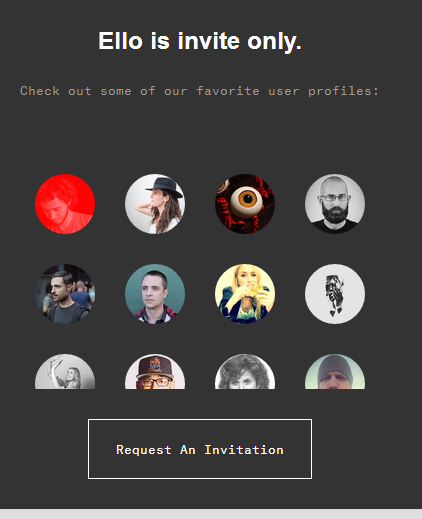 How is Ello Different?

Ello was created by Paul Budnitz, who was well aware of Facebook’s latest drama and stated in an interview with the Daily Dot that; “You don’t have to use your “real name” to be on Ello. We encourage people to be whoever they want to be. All we ask is that everyone abide by our rules (which are posted on the site) that include standards of behavior that apply to everyone. We have a zero tolerance policy for hate, stalking, trolls, and other negative behavior and we’ll permanently ban and nuke accounts of anyone who does any of this, ever.” However, he also added that the website wasn’t set up to directly counteract with Facebook’s “real name” policy.

He stated that “We’re just building Ello into the network that all of us really want to use, and it turns out that Facebook (and all the other networks) are doing just the opposite.”

It seems that Budnitz’s claim to be building a network that people will really want to use is holding up. The Daily Dot reports that a number of Facebook users have been moving to Ello after Facebook introduced its “real name” policy. The social media network has also seen more than 50,000 searches on Google since Wednesday.

Ello’s company manifesto reads: “Every post you share, every friend you make and every link you follow is tracked, recorded and converted into data. Advertisers buy your data so they can show you more ads. You are the product that’s bought and sold. We believe there is a better way. We believe in audacity. We believe in beauty, simplicity, and transparency. We believe that the people who make things and the people who use them should be in partnership. We believe a social network can be a tool for empowerment. Not a tool to deceive, coerce and manipulate — but a place to connect, create and celebrate life.” 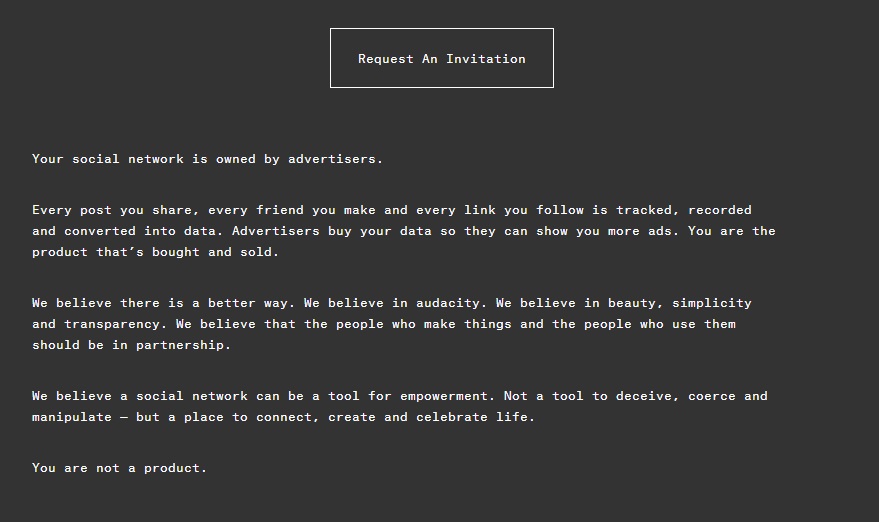 Most of the social media networks that Budnitz talks about started out as ad-free and then gradually became what they are today. Who is to say that Ello won’t do the same? Well, the website claims that “Ello’s entire structure is based around a no-ad and no data-mining policy. Quite frankly, were we to break this commitment, we would lose most of the Ello community. Including ourselves, because we dislike ads more than almost anyone else out there. Which is why we built Ello in the first place.”

If Ello Is Ad Free, Where Does It Get Its Funding?

Ello is currently completely free to use. However, it promises that soon Ello will offer special features for its users. Should a user like a special feature, they can “choose to pay a very small amount of money to add it to your Ello account forever.”

In this way, Ello claims that they are going to “offer all sorts of ways for users to customize their Ello experience” but that the vast majority of Ello’s features; the ones used every day will always be free and constantly improved upon.

But will the entire Facebook user population choose to switch? Only time will tell.