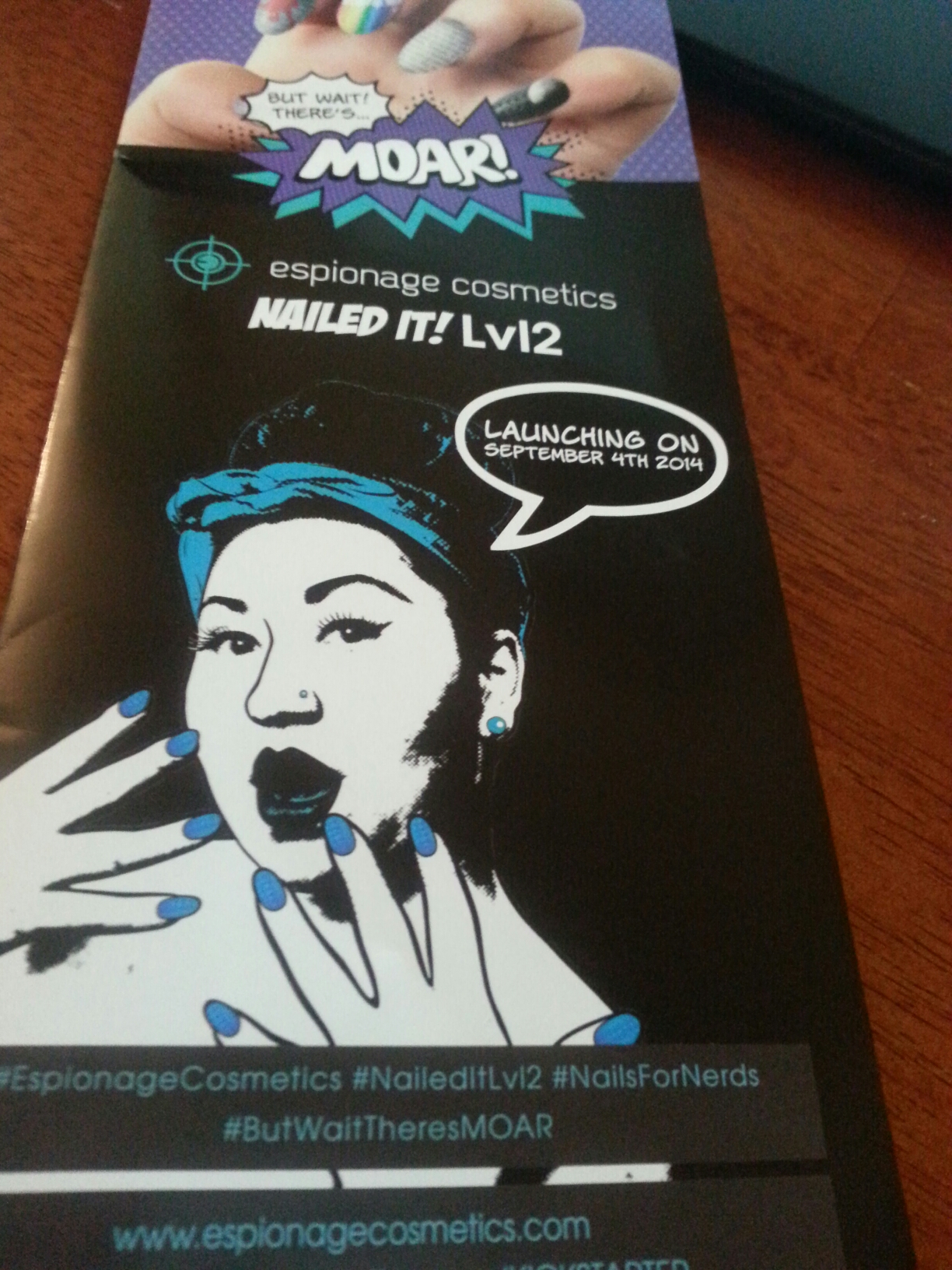 There are a lot of women out there who identify as “gamer” “geek” or “nerd”, but that doesn’t mean we aren’t still women! Imagine my delight when I discovered Espionage Cosmetics, a beauty company that is dedicated to bringing some of the most amazing geek-girl makeup you have ever seen to the table. The awesome folks at Espionage were kind enough to send me a set of their Nailed It! Nail Wraps to review. I had never ventured into the world of nail wraps before, armed with the notion that they were too complicated and probably would not hold up against the stress that my hands encounter every day.  Luckily for me (and you!), I was dead wrong.

My first questions (and initial concerns) were regarding the application of the nail wraps. Personally, I cannot accurately paint my own nails with regular nail polish without getting it down to my knuckles. If nail wrapping was any more difficult, there is no way I was going to be able to pull it off. To start, I watched the Nailed It! Nail Wrap application video that the folks at Espionage Cosmetics put together:

As you can see, its not as hard as one would think. Bolstered by this additional confidence, I set out to apply my nail wraps. 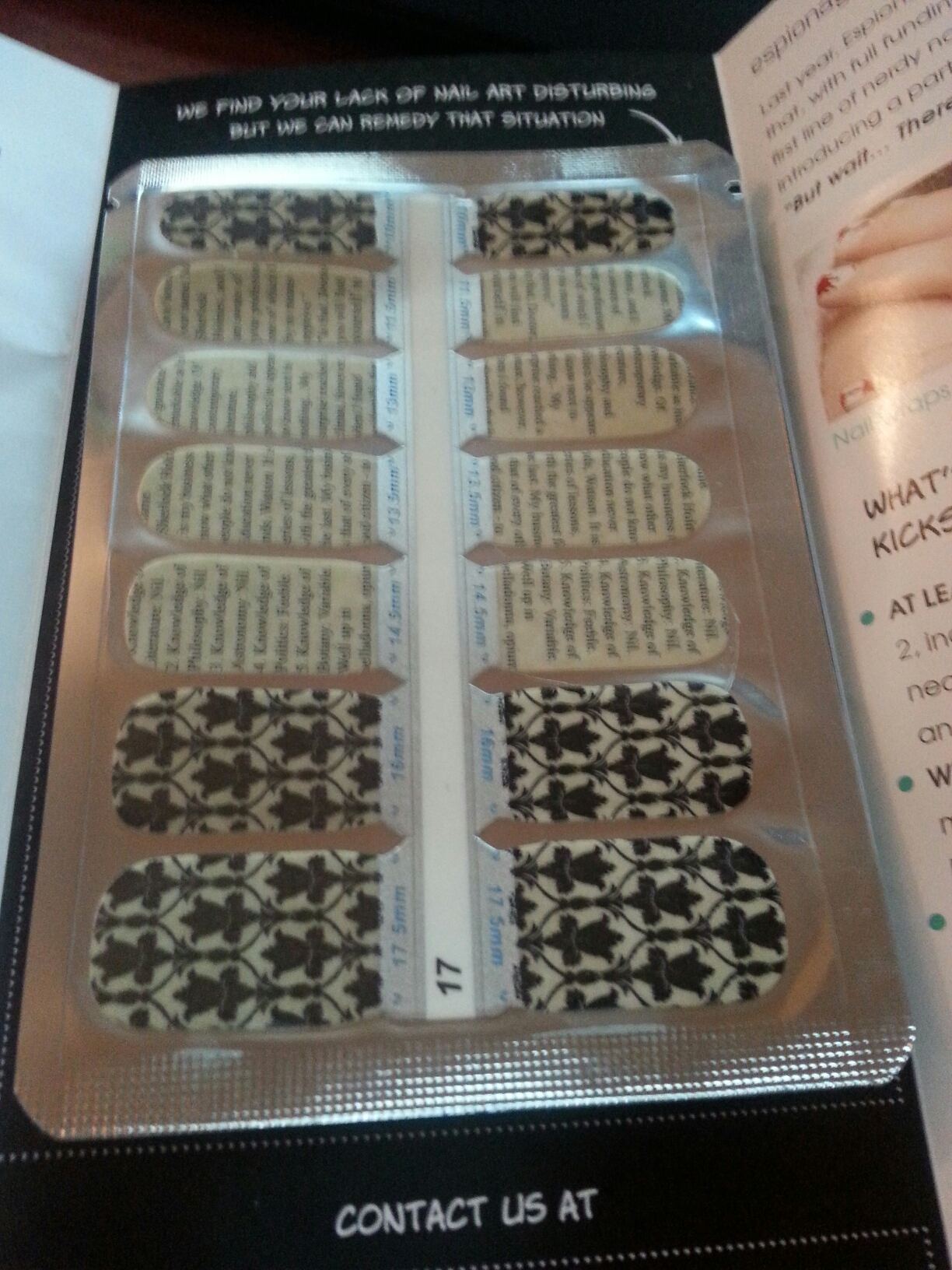 I scored the “Literary” nail wraps! Yes, that is actual Sherlock Holmes text you see there. *Squee* Anyway, I have super short tiny nails, so I cut the wraps in half before getting started. After removing my old nail polish, I began placing and securing the nail wraps. It was really just like sticking stickers on that Lisa Frank notebook you had in grade school. Really. Easy.

After each nail had a wrap attached to it, I realized that I do not own even one. single. nail file. So, I compromised and began carefully clipping the wraps with nail clippers. It worked fantastically! Here’s my end result: 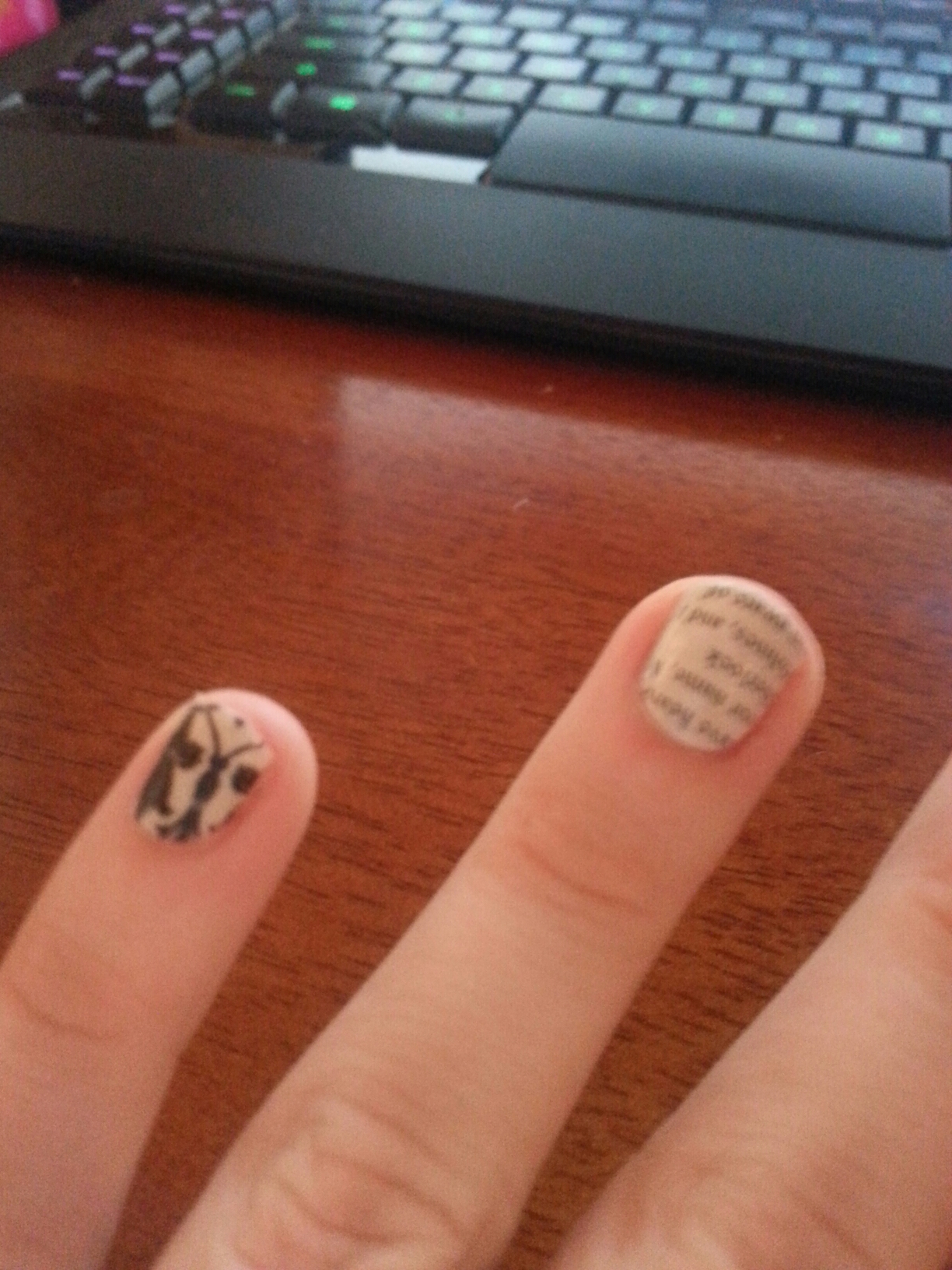 I waited 24 hours to do this review after the application so that I might give you all an idea about how well these wraps hold up. In the last 24 hours, I’ve played some World of Warcraft, washed dishes, showered, eaten really greasy pizza, and even put lotion on my face. None of these things have caused the wraps to budge even a little. I am completely floored by the durability of the wraps and the seal that they create on the nail. Bonus perk: They totally glow in the dark, too!

All I can say is, “OMG, do it!” These things are amazing and way less messy than traditional nail polish. The wraps are very generous, as well. Since my nails aren’t crazy long, I had enough to do my toes also! Plus, there are tons of designs for every girl. Here are just a few of the many designs they have to offer: 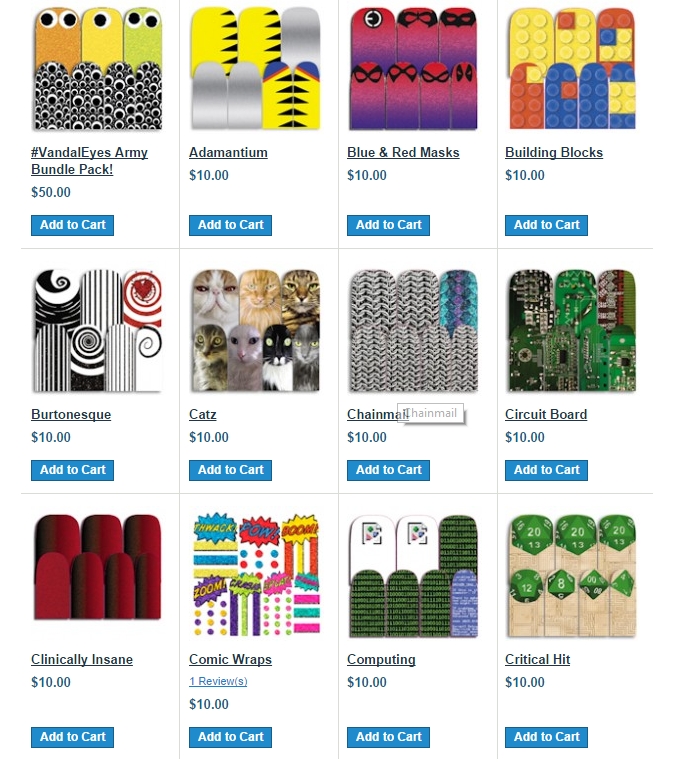 So what are you waiting for? Head on over to Espionage Cosmetics and pick up a set (or three) and let the “How did you do that?” comments roll in!