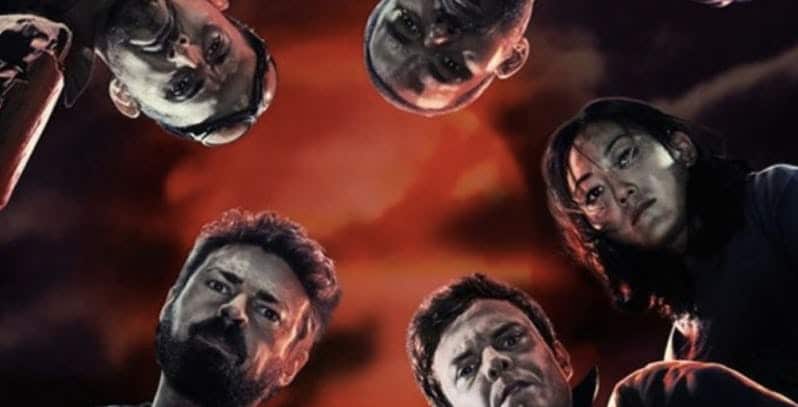 Amazon’s second foray into the world of superheroes is just what you’d expect after seeing their revival of The Tick, something different. I went into this one completely blind, having never read the original comic by Garth Ennis and Darick Robertson, and I have to say that I was very pleasantly surprised.

While I’ll refrain from revealing as many spoilers as I can, I have to start by saying that these aren’t your daddy’s comic book heroes. This show isn’t for the young ones and if you’re offended by in-your-face violence and/or sex, you’re going to want to skip this one.

That being said… I am hooked!

Yes, I’m a self-admitted Geek and I try to catch all the superhero and graphic novel related movies and television shows, but this one was right up my alley. From an invisible pervert to an aquatic nutcase, in this world apparently a good portion of the heroes are downright assholes.

And that’s putting it mildly.

Superheroes have gone mainstream… and not in a good way.

A company known as Vought is the home of The 7, this world’s mightiest heroes.. so to speak, and a hereto unknown portfolio of additional Supes located throughout the country and, presumably, the world. Providing crime itineraries and leveraging marketing professionals whenever possible, Vought is charging cities to have their very own on-call hero.

A Few of the Characters

Annie January, aka Starlight, is a young a naive Supe that is the newest member to The 7 and her initial treatment will give you a little insight into just how screwed up some of these guys are.

Hughie, a mild-mannered tech store worker, is faced with a life-altering accident involving his fiancé (which you simply have to see to believe and no way in hell am I ruining it here), but he doesn’t gain powers. And he doesn’t become a super villain either. Well, not in any traditional definition of the words super or villain anyway.

One of the biggest treats of this show is the inclusion of Karl Urban as Butcher. He steals every single scene he is in, except perhaps when he and Simon Pegg appear together, and his “colorful” language only added to my liking of the character.

Homelander will give you a whole new appreciation for laser-vision.

Popclaw will make you be extra careful who you decide to have bedroom fun with.

Translucent will confirm everything you thought a lot of guys would do if they could be invisible.

And Madelyn Stillwell, played by Elisabeth Shue, will both confirm your suspicions about corporate entities and confuse the ever-loving hell out of you… and probably gross you out a couple of times.

I’m going to a small comic book convention this coming weekend and I hope to find some of these comics before they become exceedingly hard to locate or outside of my budget. I enjoyed it that much.

My wife, who luckily for me generally enjoys the mainstream comic-related movies and shows, was also immediately sucked in by this one. Since it’s a rather somewhat frustratingly short 8-episode run we binged it in two short evenings, but I have to say that quite a lot happens in those 8-ish hours and it goes by really quick.

I’m really only scratching the surface here because I don’t wait to spoil anything or ruin any of the surprises, but I definitely recommend checking it out.

If you aren’t hooked the moment that A-Train and Hughie meet for the first time, I have no doubt that you will be shortly. Especially if you have a dark sense of humor.