Hands-On with the GT Academy Demo 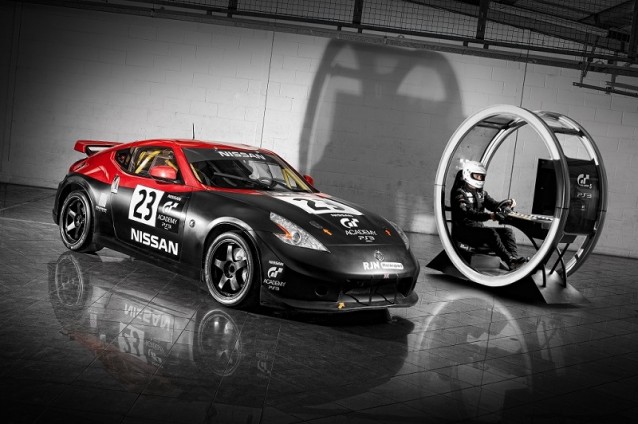 My first article, here at Geek Insider was a wishlist addressed directly to Gran Turismo, asking for the gaming series that has been in my life since I was about eight years old to be given a breath of fresh air. Because as I said in that piece, I do love Gran Turismo very much. But every so often I’ll look over the fence into the Microsoft backyard, and see Forza flashing it’s exotic up-to-date racing cars, tracks, locations and game modes around, and I’ll find my loyalty to my old chums Sony and Gran Turismo tested a bit – especially when Gran Turismo is refusing to even come outside and hang out because he’s indoors fiddling obsessively with his lighting engine. Again.

So the GT Academy demo, released to download last Wednesday, is an ideal chance for GT to showcase some new features coming for the anticipated GT6. Technically it serves two purposes – it’s a GT6 demo, and also a way of auditioning for the latest round of the GT Academy, where the fastest online drivers are given a real race car, a real race track and told to prove that they can drive a car fast in real life as well as in their bedroom on a Logitech G27 with an endless supply of Doritos and Monster Energy. It’s easy to snigger and imagine pale geeks hopelessly spinning and crashing whilst fumbling for a restart button that doesn’t exist IRL, but the system genuinely works, and it’s produced several top-quality racing drivers. One of whom, Lucas Ordonez, is your guide through this little demo.

Why would you need someone to guide you through a demo though? Well that’s the thing. It seems as usual GT has forgotten about the long-term gamers and instead pandered to the ‘My First Racing Game’ demographic. So before you can do the fast laps for the GT Academy, there’s a warmup lap with Mr Ordonez where he confirms that, yes, X is still accelerate and Square is still brake, then the Sunday Cup and the Clubman Cup arrive yet again. Wait, I hear you say. Aren’t those the races I have to do at the start of every single GT game full of incredibly slow, incredibly boring cars driven by elderly people on mogadon? Yes, those exact same ones. Except this time it’s only the one incredibly slow, incredibly boring car – the Nissan Leaf.

I thought that a demo is supposed to be a preview of all the exciting features coming up in the full game. So of all the (presumably) exciting new cars coming in GT6, you chose to put in an ELECTRIC car that a) handles like an igloo on stilts, b) has a top speed of a mobility scooter (and sounds like one too), and c) has NO SODDING GEARS?! I know the GT Academy is sponsored by Nissan, but that’s no excuse for what is in effect a blatant marketing ploy. Nissan make many epic cars, so why choose the most pathetic and limp-wristed of the lot? Why can’t I have a spin in Ordonez’s own 600hp+ Nissan GTR GT3 car? You made a huge fuss about the new GT3 cars at E3, why are none of them here?! And besides, it’s not like you’ve actually sold the Leaf to me; in fact, judging by how it handles like the wheels are caked in lard, you’ve put me off it even more.

Because yet again Gran Turismo hasn’t actually brought much new to the table – it’s just reinvented the parts that weren’t in any need of fixing anyway. So yet again we’ve got an ‘all-new’ physics engine, and whilst it is again very good, I’m not sure quite why it’s been hyped so much. It just feels like the old one but with every minute movement exaggerated. Even slow turns see the tyres squealing and sliding everywhere and the car (not just the Leaf, but the 370Z coupe that’s also included in the demo) rolling and flopping like the Titanic in a drifting contest, and whilst I haven’t driven a race car in anger, I have driven a car round a corner at 40mph, and at no point did I feel like I was about to tip over. It feels like the Shift physics but less unfair, if that makes sense. You can at least brush another car without spinning off the track and up a tree in flames. Then again, in the stupid Leaf’s case it’s hard to even get up enough speed to have a proper accident. If we’d had something with real fire in it’s belly, like one of the new much-vaunted GT3 cars…but no never mind, I forgot we’re playing Tomy Racing Adventures.

Granted, the new Silverstone track is included in the demo and is recreated as we’d expect with minute detail. And yes, the lighting is stunning. But the reason why I’m getting frustrated is that stuff like these core elements were fine as they were. Did you really have to spend all this time, money and effort to completely rebuild them from the ground up for the sixth time?

Speaking as someone who is mildly autistic, I know how easy it is to become obsessive to the point of fanatical over minute details whilst loosing sight of the bigger picture – and that’s exactly what I fear Gran Turismo is in danger of doing. I love the GT games, no question. I appreciate the fact that there’s no macho idiots in baseball caps telling you that you suck and that yo’ gonna get yo’ asss whipped maaan. I like the realistic but still accessible handling which nails the ‘easy to learn, hard to master’ chestnut

But telling us that you’ve made the already good bits that little bit better just doesn’t cut it anymore when you haven’t bothered to fix the bad bits. Like the car roster that’s in desperate need of a revamp, full of garbage like the Leaf at the expense of major cars people actually want to drive. Or the terrible sound design that still features V8 engines that sound like clogged-up vacuum cleaners and sound effects from the PS1 days. Or the chronically stupid AI. Or the same race events, tracks and game modes repeated ad nauseum from game to game with absolutely no scope for ideas as off-the-wall as the Car Football mini-game from Forza. Where is the full drag racing mode you promised us way back in GT2 for example? Even that at this stage would count as something new and interesting. And no, B-Spec doesn’t count.

So once again I plea to Mr Yamaouchi. Step away from the computer, stop tinkering with the physics, and come outside for a beer. You’ve mastered realism and detail, but I fear you’ve forgotten how to have fun. Because that’s all that your loyal fans want. To have fun playing a Gran Turismo game, and not look over enviously at Forza wondering how much a used Xbox360 costs.

Saudi Arabia Government Ready To Ban WhatsApp in The Country