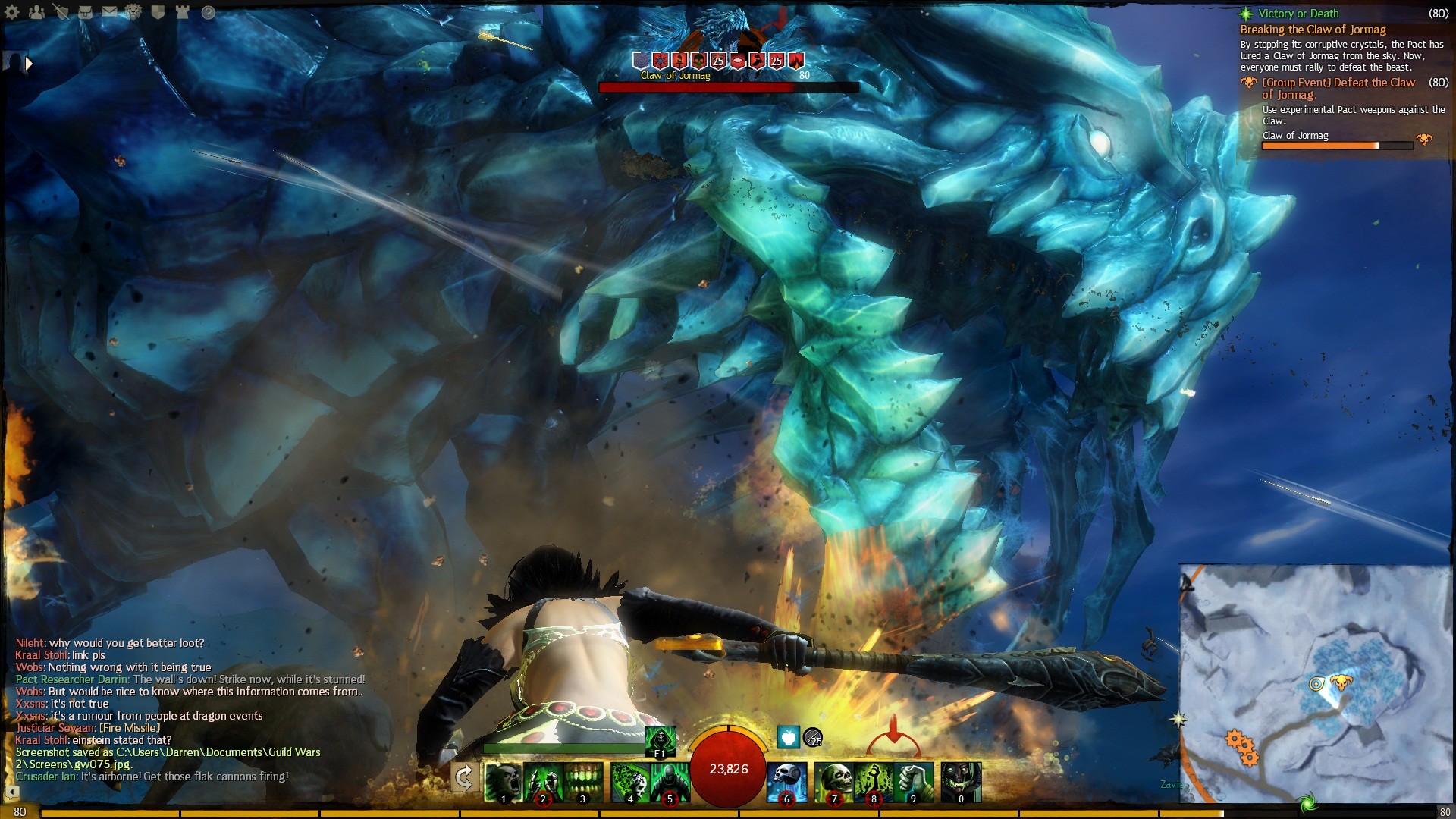 By new material, I don’t just mean bug and game balance fixes, upgrades to existing content, or temporary material that will disappear in a couple weeks time just as it mysteriously appeared. Of course they’ll keep up with those things too, (who doesn’t love a festival or a super adventure box to get in the mood for April fools?) but their focus is on improving the game’s living world experience.

They’re creating whole new levels with new monsters to beat and new characters to interact with. New, permanent regions will appear amidst the familiar ones along with storylines to explain where they came from and sometimes even change the game.

Two and a half weeks ago the release included the introduction of Cutthroat Politics: a way to let players vote on which of two potential big releases they want implemented. The current platform includes two candidates who are running for council; they both offer a rotating schedule of two popular games, a price cut on in-game commodities, and a new dungeon. (One candidate’s dungeon will allow players to defeat the biggest Guild Wars 1 boss all over again, and in the other we’ll get to fight some unknown goofball. I wonder what people will vote for…)

“How can they pull off the insanely ambitious endeavor of bi-weekly releases?” you ask. Simple; they are growing their staff specifically to meet this end. On the game’s news webpage, the company informed the GW2 community that they “continue to hire and expand ArenaNet with the success of GW2.”

It is so refreshing to see a company like ArenaNet react to their own success by pumping some of the moola they’ve earned back into the game that propelled them to where they sit now: in the number one spot of many best video games of 2012 lists (including Time’s)… and in a cushy chamber of my husband’s heart. Thank you!

Blizzard’s World of Warcraft, easily the biggest fish in the sea of MMOs (maybe of any video game genre) sometimes goes months without any kind of patch, and when such a dry spell is finally broken, sometimes it’s only for a minor bug fix. Looking at WoW’s  patch history, it kind of feels like the developers are conscious that it will look bad if they go too long without releasing updates, but they’re not particularly dedicated to keeping the game fresh. Of course, when an expansion pack hits, Blizzard always impresses, but I think we can agree that their commitment to creating a living world doesn’t come close to AreaNet’s as seen in GW2. Really, nothing comes close. New material every two weeks?! It’s unheard of.