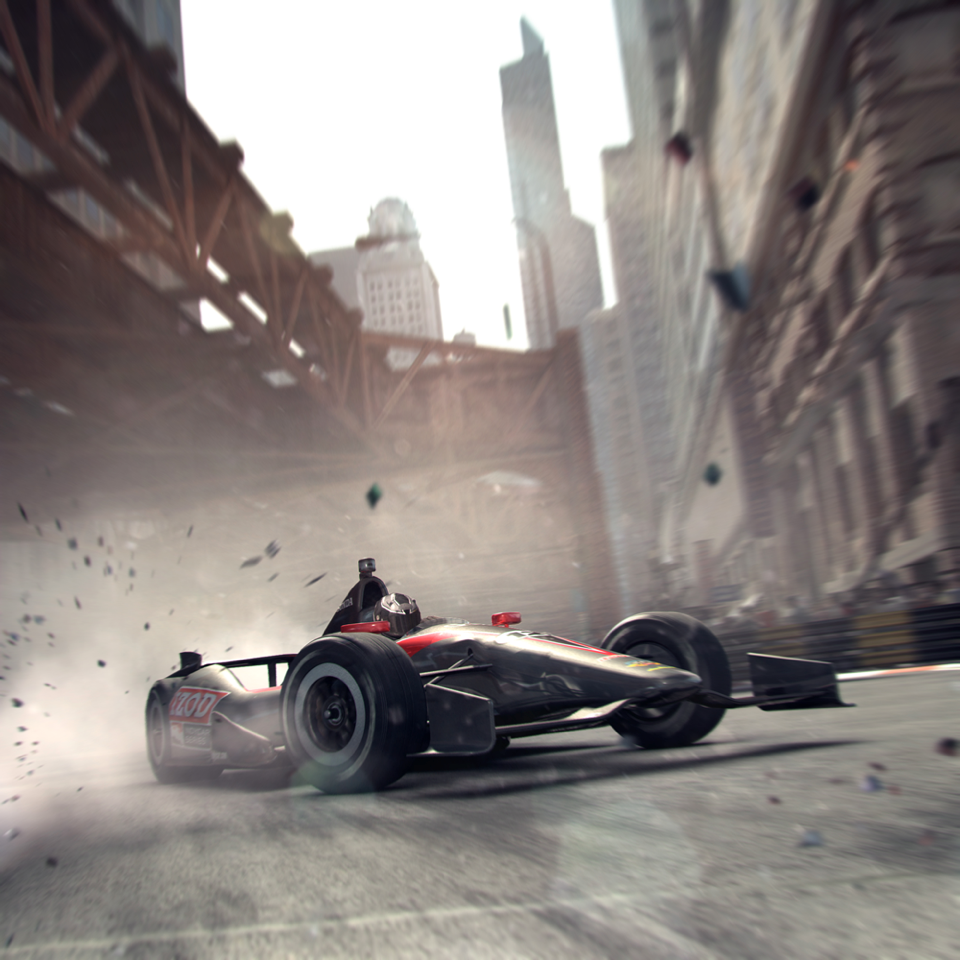 Few franchises have been as consistently strong as the GRID series. It started out as the TOCA Touring Cars series on PS1, producing one of the best racing games that console ever saw in TOCA 2 Touring Cars. It had a wobbly PS2 debut with TOCA Race Driver, featuring a laughably stupid Days of Thunder-esque plot featuring a main character whining about his brother and listening to Linkin Park. Luckily though, the game’s excellent graphics, handling engine and fun gameplay made up for it, and it introduced gamers to what has been a staple of the series ever since; the blending of real-world racing cars and locations with a more arcade-based driving style that deliberately eschews Gran Turismo’s hyper-realism in favour of a more pick-up-and-play style that suits ham-fisted sim racers like myself. I feared at first for it’s PS3 debut, Race Driver: GRID; it seemed another game had come under the spell of Fast and Furious-style macho explosive style over substance. Happily I was very wrong and RD:G was another excellent instalment, so I picked up GRID 2 on release day. This is only a first impressions piece as I haven’t really had a chance to get my teeth into the game just yet, but first impressions can count for a lot; and GRID 2 hasn’t made a very good one.

It started badly when I saw that my pre-order copy was bundled with two DLC packs – one including the Brands Hatch circuit, which came as standard in previous editions. And it got even worse when I realised the much-touted Indycars were also release-day DLC. So what you’re saying is that these features could easily have been put into this £45 game on release, but instead you’ve withheld them until I pay ANOTHER £5-10? And besides, what’s the point in making us pay for things you’ve already given us in previous games? You’re trying to persuade me that this sequel is a step forward from the previous one, not a capitalist step back.

On that point, playing through the initial races in GRID 2 feels like some sort of lazy, rejected Forza Horizon-style spin-off rather than a proper sequel, and it reeks of half-heartedness. Instead of race tracks on streets, we now have just street races with muscle cars. Which really doesn’t work with the new more realistic (read: sensitive) physics engine; at least when I oversteer off on a race circuit I’ve got a rumble strip or some grass, not a kerb that smacks me down to last if I so much as brush it. And why are the handling physics taken from a DRIVER game? Why can I literally not turn the wheel without powersliding any car I’m in? And instead of the Scottish race engineer/narrator, we have some generic American idiot talking about ‘these guys are street kings, win some races and you’ll get noticed’. And we also have some guy who sounds like Doc Hudson from Cars banging on about a ‘world racing series’, talking about bringing together the best drivers in the world to find the world champion. We already have that, Boss Hogg; it’s called WORLD CHAMPIONSHIP MOTOR RACING. You know, that thing you had in previous GRID games from minute one? Where you start a RACING team from scratch and work your way up to WORLD RACING SERIES?

Everything about this game so far smacks of hack job to me, and making us play with the same overgrown morons from any Need for Speed Underground game devalues the identity of the game somewhat; especially when the proper racing on real-world circuits and real-world cars is held tantalisingly out of my grasp until after I’ve grinded through the samey Burnout-lite street racing or handed over my credit card yet again. Overall, it’s a bit of a letdown so far; like your favourite band suddenly changing genre and rushing out a mediocre album just to chase record sales on whatever current trends are in the charts. These impressions may change the further I get into the game; hence the follow-up full review. But for now my first impressions are mediocre. Don’t be Need for Speed ProStreet, GRID 2. Be GRID. Be an arcade racer with brains, not a backwards cap.