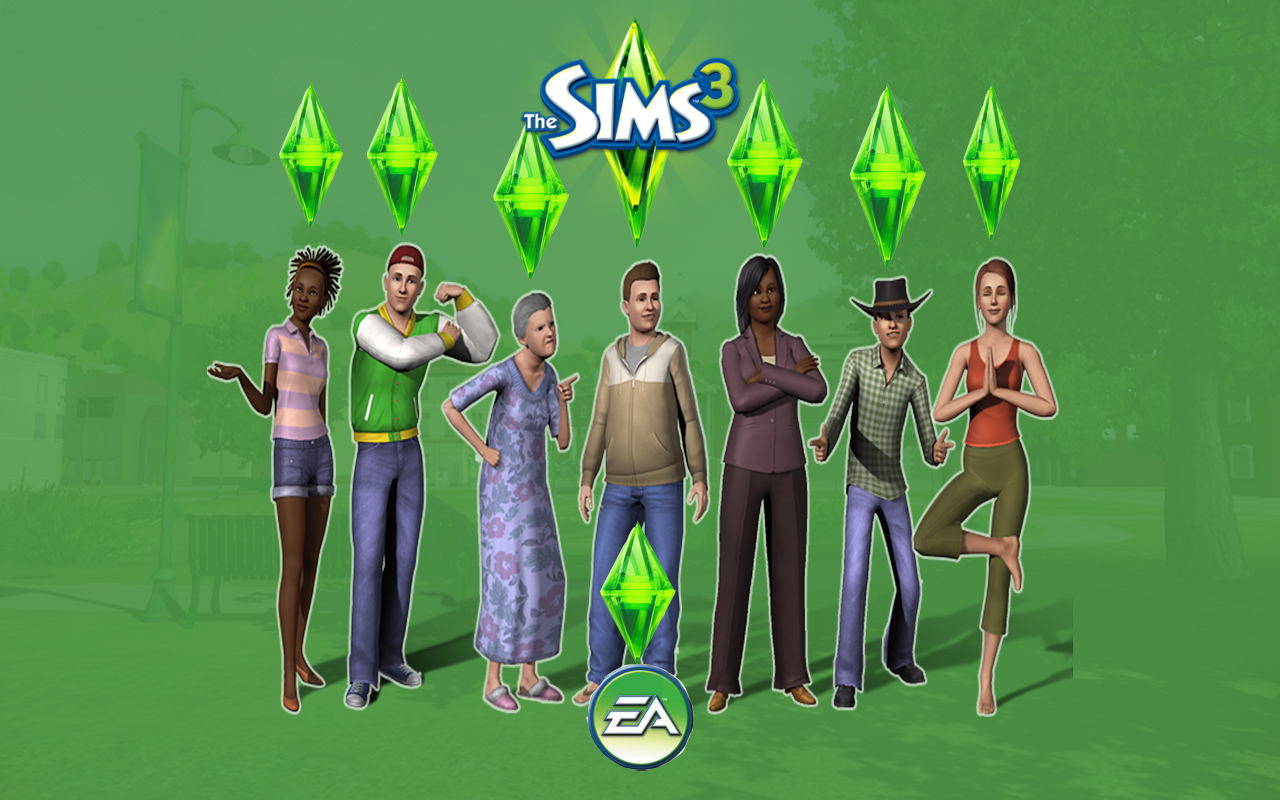 For storytellers and gamers alike, there is something special about The Sims that just warms our hearts. Whether you’ve been with the franchise from the beginning, or jumped on the bandwagon for TS3, these games provide an easy escape. You can replace hectic, stressful reality with  a virtual version on a smaller scale.  You don’t get much better than that.

What you get with The Sims that you don’t in reality are the hilarious and sometimes creepy glitches that can occur due to buggy downloads or a even too many hours of play. In most games glitches are an annoyance, but in this case there are exceptions. Some of these glitches have been around since the first Sims adaptation, and some are new to the franchise with Sims 3.

The right “woohoo” leads to pregnancy, which in turn leads to a bouncing baby sim. Sometimes these babies surprise you, though, with dark secrets. 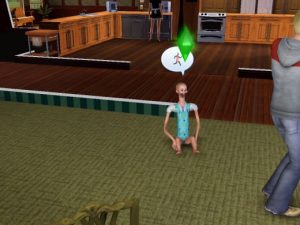 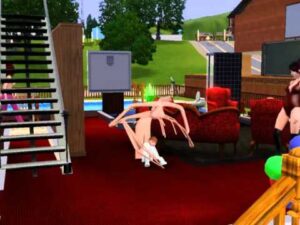 Probably one of the most common glitches when it comes to a whacked out custom content is the body stretch. So it’s only fair that when it happens to children it is as frightening as possible. It can happen at any time. You set your baby on the kitchen floor to make some autumn salad and suddenly your offspring’s limbs are as long as the kitchen itself. Fortunately this glitch doesn’t usually last for too long, but if it does make sure to restart your game and find out what the heck is up with your downloads.

Living Inside The Box 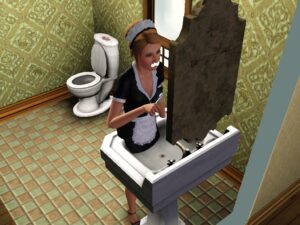 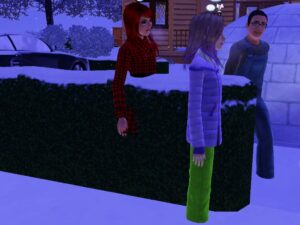 My favorite movement glitch is what I’ve come to call “The Insider”. This one happens more regularly than demon baby in my game, and I love to catch the sims in the act. It can be as simple as a dip in the bathroom sick, or as frustrating as getting stuck in the front yard hedge for 4 sim-hours and dying of starvation.

The Age Up Squash 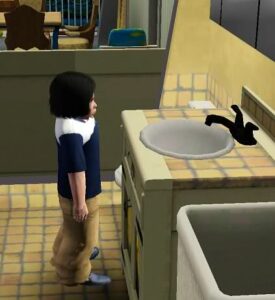 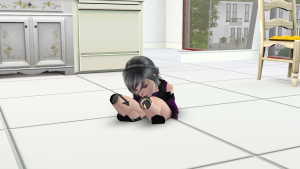 Long ago I first learned that gaming cheat codes even existed when playing TS2, and from then on I’ve been a pretty active cheater. In TS3 I’ve used everything from money cheats to style cheats to completely makeover a townie Sim. Aging up your sim brings their birthday to that moment and your sim levels up into their next stage in life. I mostly use this cheat when an elder just won’t pass on and overstays their welcome (sounds horrible, I know) but this cheat can be used at any sim age. When transforming from child to teen a hilarious glitch often occurs, squashing the sim anywhere from simply shortened to completely flat.

There’s nothing better than coming home from work to a loving look from your best pal, your pet. They snuggle up to your leg or jump around excitedly at the sight of your visage, but what if you open the door and see something like this… 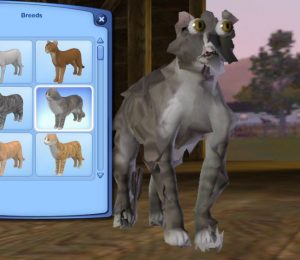 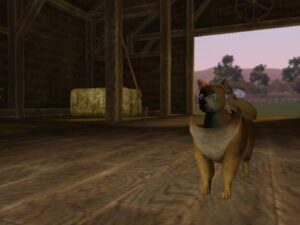 …not too cute, huh? Not the most attractive of glitches, but when you see this thing in action it’s actually pretty amusing. 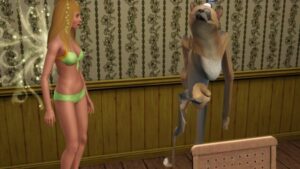 Again, this glitch can occur due to problematic downloads and shouldn’t be too difficult to clean up, but man is it amusing.

The Sims franchise has brought entertainment and creativity to people all over the globe for over a decade, and with it some really hilarious moments. The music, the language, the silly faces, and yes, even the glitches have become defining elements of every Sims game and expansion. Sometimes glitches are a little confusing and difficult to fix up, and sometimes it’s just Quinten the counter coming over for a cup of java or some goopy carbonara. 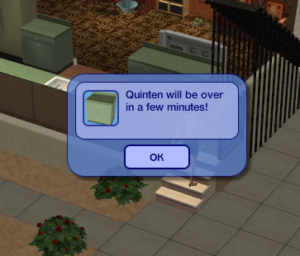