With the trend of unpopular statements from some comic creators in recent months, should these notorious figures (and their properties) be held accountable?

In recent months, controversial statements from writers such as Orson Scott Card, Todd McFarlane, and Mark Millar have outraged the public, leading to calls for boycotts of their associated works.

Let’s take a look at these creators, their controversial remarks, judge their offensiveness, and just for fun, create their villainous alter-egos.

During a recent panel at the Television Critics Association with comic legends Len Wein (creator of Wolverine) and Gerry Conway (Punisher), McFarlane was bitten by a radioactive spider from the 1950s, causing him to become– Sexist Man!

With his newfound powers, McFarlane boldly stated that ‘comics aren’t made for women’. Wein and Conway supported McFarlane, whether due to peer pressure or because the nefarious Spawn creator was holding their loved ones hostage, is unclear at this time.

McFarlane’s statement caused an outcry from female comic enthusiasts, along with some fine satirical rebuttals. Though the fairer sex remains a minority in comic buyer demographics, more and more embrace the hobby each year. 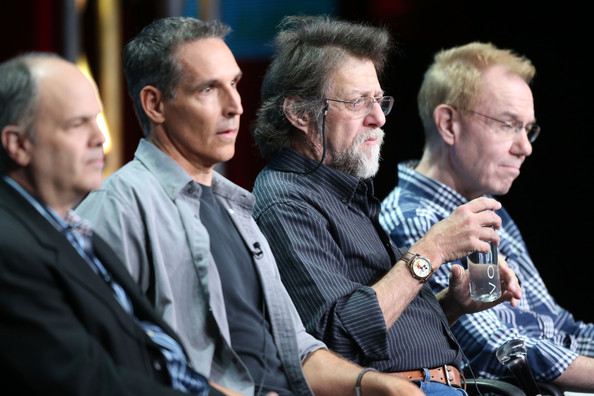 During an interview with the New Republic, mild-mannered Mark Millar was imbued with cosmic rays from the Planet Wifebeater, perhaps drawn to his alliterative name, turning him into– The Misogynist!

Remembering the favorite proverb of his dearly departed Uncle Biff, “With great popularity comes great ridiculousness,”  Millar was inspired to share the following:

“The ultimate [act] that would be the taboo, to show how bad some villain is, was to have somebody being raped, you know?” he told me. “I don’t really think it matters. It’s the same as, like, a decapitation. It’s just a horrible act to show that somebody’s a bad guy.”

Considering that approximately 1 in 6 females will be the victim of a sexual assault during their lifetimes, Millar’s douchey comment is probably not the best way to promote the release of Kick-Ass 2 (find our film review here.)

Author of the Enders Quintet books, Young Orson has dedicated his life to pissing off the entire planet as– Super Hater!

The sheer number of documented instances of his bigotry is staggering, as a quick Google search will reveal. For my purposes, I’ll just settle with a link to a touching little essay he wrote on homosexuality. He’s also harboring some weird racist concepts involving President Obama and para-military street gangs.

To be honest, I’m not even sure what the hell’s wrong with him– err, I mean the source of his powers. There’s certainly an ironic ring to Adventures of Superman written by Card, though.

The question remains: should these creators, and their works, be punished for their unpopular beliefs?

While nobody is denying these creators are idiots, or at least say idiotic things, negative reactions against negative beliefs is not the answer. Intolerance to a person’s intolerance is not going to change their minds.

In the case of Millar and Card, whose creations have received film adaptations, it seems unfair to punish the cast and crews of those films for the misguided opinions of one man.

Sure, no one’s denying that Harrison Ford already has all the money he could ever possibly need, so he wouldn’t be too hurt by Ender’s Game tanking at the box office, but what about Bob the Best Boy Grip? I’m guessing he isn’t summering in Tuscany between gigs.

There’s also a decent argument to be made that, in the case of McFarlane and Millar, their quotes were taken out of context.

Considering McFarlane, Wein, and Conway haven’t been very involved in the industry in the 21st Century, their biggest sin is clinging to outdated stereotypes.

As for Millar, his quote regarded what elements he felt made for enduring comic book stories, which to him, were the unexpected tragedies, such as the death of Gwen Stacy in Amazing Spider-Man #121.

While I agree with Millar that tragedy makes for memorable comics, I’m puzzled as to why he interprets that to mean inserting rape scenes in every title. Then again, Millar is not known for his subtle storytelling, when he can just jump sharks instead.

For me, Millar is always hit-or-miss, as his over-the-top style lends itself to certain titles, such as Old Man Logan and the Ultimates. He’s less effective without editorial constraints on creator-owned titles like Kick-Ass.

As for Orson Scott Card, I have no real arguments against those who boycott his work, even if he does typically leave his personal beliefs out of his fiction. It’s hard to defend Card with any real sincerity, though, as he seems to go out of his way to be controversial.

If you want to punish these artists for not sharing your beliefs, then by all means, boycott and blacklist to your heart’s content.

But if you want to change their beliefs, the only way to achieve that is through honest, thoughtful, and rational debate. Backing them into corners with hateful rhetoric will only reinforce their own. Or, with a bit of patience and passion, they may just catch up to the modern world.

And if not, we can always just resort to the bitch-slaps instead…

After Credits Stingers Keep Moviegoers on their Toes