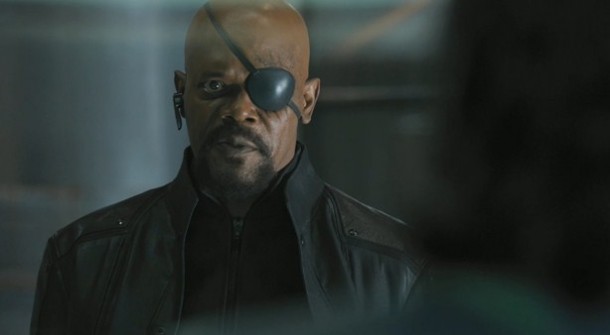 There aren’t many ways for movies to stay in the headlines after they hit the theaters. Unless they make “Avatar” money, there isn’t much for the media to talk about after the initial review and box office report. But studios have found a way around that.

After Credits Stingers Keep Moviegoers On Their Toes

The all-powerful after-credits scene, sometimes called a stinger, can make headlines by teasing a potential sequel, solving a question left unanswered or just providing a final laugh. Having one of the better after credits reveals of the year with “The Wolverine,” let’s take a look at what makes these scenes so interesting.

Stingers have existed for a long time in one form or another. But from decade to decade, no studio or group has mastered them the way Marvel Studios has. Ever since Samuel L. Jackson turned up as Nick Fury in the “Iron Man” credits, the world has taken note. But the films tied to the Avengers Initiative don’t have any exclusivity to this plot device. “Daredevil” and “X-Men: The Last Stand” have them as well. The stinger for “The Wolverine” sets up next summer’s massive project “X-Men: Days of the Future Past.” We may be a bit excited about that one.

Us fans of comic book movies are most likely to be seen staying in our seats while the credits role. But other genres use stingers as well. Comedies use them to work in one last laugh for the audience to take home with them. Will Ferrell has kept the jokes going into the credit scroll in “Step Brothers” and “Talladega Nights.” This summer’s hit “We’re the Millers” roles bloopers during the first few minutes of the credits that are as memorable as the big laughs during the movie.

I tend to get flak from some friends when I stay through the credits of every movie. Apparently they have somewhere really important to be. But I’ve seen enough great stingers to know that the few minute wait is worth it. Now is a Channing Tatum rom-com likely to have something to see past the final scene? Probably not, but I’m not willing to risk it.

This summer alone we notably saw credit scenes in “The Hangover Part III,” “Iron Man 3,” “Fast & Furious 6,” “The Wolverine,” and “Kick Ass.” In the case of “The Hangover Part III,” the credits scene was funnier than the whole movie. So I’m glad I didn’t miss that one. The truth is a few more minutes to wait and take a gander at the long list of names that made the movie possible, isn’t too much to ask. But if you think it is, there is a work-around.

Media Stinger, a website that now has a mobile app, lists both current and older films and whether or not they have any credit extras. They actually also list how long the credits are and what songs play during that time. It’s a pretty comprehensive site for an aspect of film many people don’t even think about. Gamers can also utilize Media Stinger to find out if their games have after credit scenes. Sadly, I very rarely make it that far in video games. My Solitaire app doesn’t have anything when you beat it, I know that much.

So while the summer blockbusters may be done and dusted, the stingers will keep coming. Just like the 15-20 minutes of previews and the $10 popcorn, they’re just a reality of a trip to the movie theater in 2013.