According to rumors, Google is planning to launch a unified messaging service called “Babel”. It’s not just another addition to Google’s already huge stream of chat clients, but will be a platform that is going to unify all Google messaging services into one client. 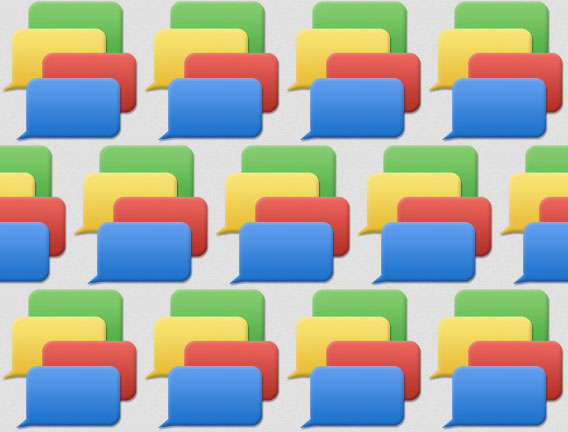 Babel will merge all Google chat services like Gtalk, Google+ Messenger, Hangouts and Google Voice into one unified messaging client. Chats will be fetched from all the services and grouped together into threads making it easy for users to browse through them, according to a report in Geek.com.

Most of Google’s chat services over the years have been cobbled together from sealed off manipulations of an open chat platform called XMPP. The service is flexible, scalable, and has served Google well for quite a while. Google’s recent decision to block non-native XMPP requests is the first step towards building their own closed communications platform. In order to use Google’s chat service, especially the new Babble service, you’ll need to be using it the way Google wants you to use it. That’s not going to sit well with many users at first, but the quality and performance of the service will be more than enough to make most users happy.

We have previously heard of a unified chat client as well and it was speculated to be a unified messaging service for Google’s Chrome OS. There was even a screenshot that showed notifications stacked for most of the chat clients simple grouped together.

We’re still unsure if Babel will only be targeted towards Chrome OS or if it will also make its way onto Android too. Although, we assume that Google will unveil Babel at the Google I/O developer conference that is scheduled to kick-off in May.

If the reports are true, then it would be great to remove all of the messaging clutter. All other companies have already introduced their unified services. For example, Apple has integrated both iMessages and SMS into a single messaging app. Microsoft even displays threaded chats for Facebook and SMS; and the new Blackberry 10 with its new BB Hub provides all your messages from social networks like Facebook, Twitter, LinkedIn in one place including emails, BBM, SMS.

It would be a great move for Google to combine all their communication services into one client, because it would make life much easier for the users. It would also make more sense and make it more simple for Google to market it to the consumers. Given the popularity of Android at the moment, a unified messaging service could give Google an edge over its competition like Apple’s iMessage, BBM and Facebook chat.

Galaxy S4 Rooted Even Before Release