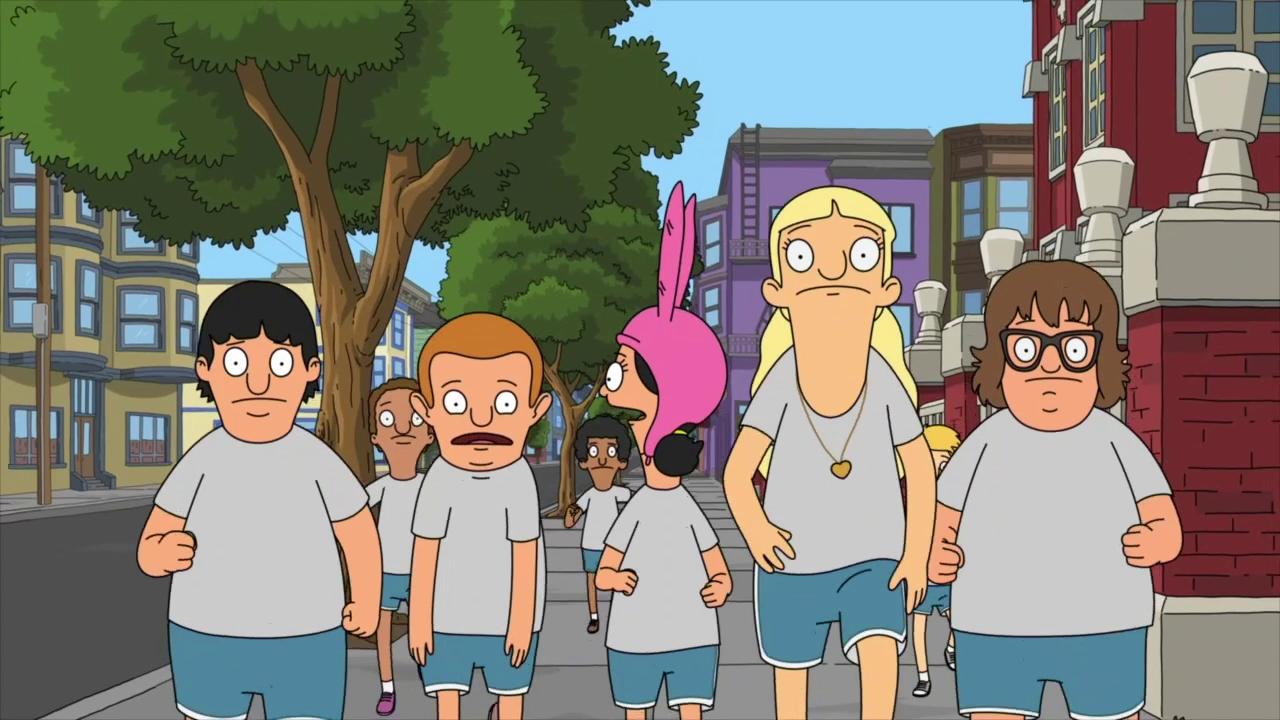 Nobody likes to run. Oh, some people may tell you they do, but what they really mean is that they like the way running makes them feel once it’s over, or that they like the sense of accomplishment that comes with setting a new personal record or completing a distance they never though they’d come close to. And yeah—all that’s great. I’ve finished a few marathons in my time, and there’s really nothing like it. It’s an incredible experience that’s well worth the insane amounts of time and effort you have to put into it.

But do I enjoy the physical act of running? HELL NO. It hurts, it’s boring, and it’s very time-consuming if you take it seriously. I can’t remember a single run where my inner seven-year-old wasn’t kicking the back of my seat the entire time screaming, “Are we there yet? How ’bout now? I WANNA GO HOME!”

So I completely understand what Gene, Louise, and the other Wagstaff kids are going through. I’d take free ice cream over a forced double-time march around the school building any day. And Louise’s plan to get out of it almost works, too. If Gene’s bike chain doesn’t pop off, and if Mr. Frond doesn’t happen by on his scooter at just the right time, the plan goes off without a hitch, and the kids score a victory for slow, lazy P.E. students everywhere.

But Gene’s unfortunate accident actually serves a greater purpose. Now that he has to finish the mile, he discovers that he’s actually capable of doing so. No, he’s not fast, and he’s not that graceful, either (although he looks like a gazelle compared to Jimmy Jr., who looks like he’s running while having a seizure, and Tina, who doesn’t move her arms at all). But he finishes the mile. And I’m sure that’s at least 0.95 miles farther than he’s ever run before.

Louise also benefits from their plan being thwarted. Sure, they get caught and will have to run the mile the next day anyway, but she found some compassion for her older brother when her initial reaction is to just leave him behind. Of course, you could also argue that, as an evil genius who will one day grow up to conquer the world (or at least run for office—the required skill sets are virtually the same), compassion is actually a liability, and the running is also pointless. Plus, she ends up having to share her ice cream. So, yeah—maybe things don’t work out so well for her after all. Time will tell.

While the kids are exploring the boundaries of their limited athletic potential, Bob and Linda are desperately trying to score discount tickets to Cake 2, an odd show that seems to combine playing patty cake and doing acrobatic tricks. Kind of looks like Cirque du Soleil meets Mister Rogers’ Neighborhood. Ever the dependable friend, Teddy wants to help. But, as usual, he’s just not that good at it. Teddy has a heart of gold, but he has a brain of, I don’t know—whatever metal is the opposite of gold in that it isn’t really valuable and doesn’t conduct electricity very well.

Even after messing everything up and having to endure the wrath of a very unstable Bob for it, Teddy comes through in the end. I hope he at least gets a free burger or something out of it. Bob doesn’t have very many friends—or regular customers, for that matter. He should really treat Teddy better. If not, he may have to spend more time talking to his phone.

‘What We Do in the Shadows’ Gives Us Rats and Bats but No Bears, Oh My, in an Assured 5th Episode

5 Mobile Games Worth Every Cent