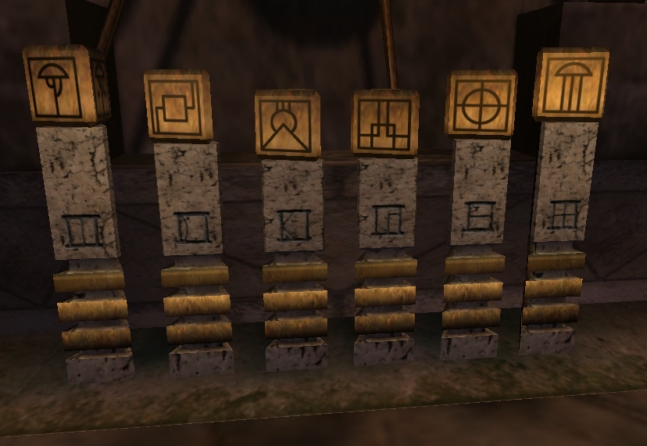 Across the northern hemisphere the days are getting shorter, the nights are getting colder, and families are making cross-country treks by car and plane to visit relatives. The dark and the cold are held at bay by lights and warm food and gifts as we all wait for the solstice to pass, the new year to come, and for the sun to begin making its way back into the world. But as you pass gifts around the dinner table, the menorah, or the Christmas tree, there’s one tool for forging holiday traditions and surviving visits to your relatives that you may not have considered– your gaming console.

Bonding via video games has been a tradition in my family since I was very young. I remember my father coming home from work when I was seven and cramming himself, my little sister, and me into a computer room so cluttered that my sister and I would have to take turns sitting in the hall so that we could play the new release of Cyan Worlds’ Riven as a family. Though nominally a one-player game, we would work on solving puzzles as a group, my father taking copious notes and secretly helping lead us to the answers he’d figured out the night before. With each new title in the Myst series, the tradition grew– as did my sister and I. Last Christmas, the Xbox was toted across the country to California where, between family dinners, gift giving, and telling stories, Exile and Revelations were busted out for a replay. At any given time, up to five members of the family, spanning three generations, could be found commenting on the gameplay or helping solve the games various riddles.

Gaming: Bringing the Family Together

Of course, teamwork is well and good– but if your family is one that thrives on healthy competition instead of cooperation, gaming is a perfect venue for that as well. Forget Risk and Monopoly; your family has not truly known the definition of cutthroat until they’ve experienced tag-team Kinect Sports combat. God forbid somebody break out Mario Kart; you might not have a family after that. Multi-generational team-ups that involve fierce gaming competitions are a popular family game night option in my house. A round-robin tournament will be set up in the basement: first doubles ping-pong, then a darts station, and then Dance Central or another multi-player game in front of the television. The family is divided into teams of two and a bracket is set up on the wall. The winning team splits the glory and the gold– usually gelt or some other form of chocolate wrapped in shiny, shiny foil.

But what if you can’t be with family during the holidays? Sometimes obligations keep you miles apart, whether they be work or school or the inability to be in two places at once. Larger families can have so many branches on the family tree that planning who to spend time with this New Years is as fraught with peril as the actual traveling. That’s when you can break out the MMOs. Multiplayer games with online capabilities are easily accessible on every major console, and can run the gamut from family-friendly party games to strategic RPGs to sandbox action-adventure games to furious first-person-shooters. Whatever your family likes to play, you can play it together. One fondly-remembered Christmas brought copies of Guild Wars so that my father, my grandfather, and myself could all play together, even when we were in different states. Another meant a Minecraft account for Dad with a special server set aside for punching trees on Father’s Day. Quality time and common interests are important in maintaining any relationship, even a familial one– distance doesn’t have to hinder that.

We live in a wonderful era where technology is growing in leaps and bounds. I listen to my grandfather wax poetic about the changes he’s seen in his lifetime as I wait for somebody to die on screen and tag me in for my turn with the controller. He tells me he remembers programming machines where 32GB of memory took up an entire closet. My dad laughs. “That’s what I’ve got on my iPhone,” he says. Some people argue that our constant access to technology is making it impossible to make meaningful connections with those around us, widening the gap between “Facebook culture” and real life relationships. That’s not what I see. I see me squeezed tightly between my Poppop, celebrating his 80th birthday, and my youngest cousin, listening to the laughter and good-natured ribbing all around me as my family talks over the sound of NPC dialogue. And the distance is only getting smaller.

Does your family game together? Or are you a solitary player? What are some of the ways that technology has helped your family grow closer? Let us know what you think in the comments.