How Gamer to Gamer Hate is Destroying Games for Everyone 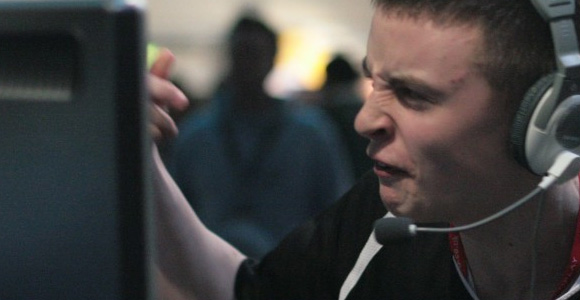 Trolling today seems to go hand in hand with online gaming—even going so far as to become a way of life in certain communities. Summoners on League of Legends call it “ELO Hell”, and to everyone else it’s known as “Xbox Live”. More or less we’re looking at the online gaming environment as it becomes, more and more each day, a dump-zone for repressed hostility. Some say that this toxic behavior is in response to being raged by other trolls, but there still remains a large portion of the baddies that simply do so because they’re anonymous on the internet. It’s the kind of no-strings-attached thrill that comes with one doing a bad deed and knowing that he or she will suffer no serious consequences. Furthermore it even seems that a lot of said trolls define themselves by their toxic behavior, positively reinforcing others who share the same intent while constantly seeking approval from their jackass brethren.

Totes want to play a League of Legends match with this cat.

How Gamer to Gamer Hate is Destroying Games for Everyone

First I’ll go over the whole “He started it!” schtick. It doesn’t take much to enrage someone who is obviously OCD about winning. To this kind of person, any action one takes that doesn’t result in a positive outcome for this person is interpreted as an offense. It’s a pity, to be sure, because in this case said person’s favorite game has become something stressful, and if his or her fun is derived from winning (in a team game), then he or she is no longer in control of their pursuit of happiness. They’re robbed of agency in a sense. It gets worse from there though. They get heated, spaz on their team, and become a distraction at best and a demoralizer at worse. This creates a paradox in which they admittedly want to win games, know that their behavior detracts more than it contributes, but cannot control their feelings. This kind of person is doomed unless he or she can change—trapped in a vicious cycle of anger unto losses, and more anger from said losses as a result.

Next is the more sinister element of a toxic gaming community, and that would be the trolls who “do it for the Lulz.” Society these days seems like it has everyone living behind a mask, or underneath a label. The cool guy, the smart girl, the funny one, the loner—it’s like wearing a title in World of Warcraft. With narcissism on the rise daily in the online world, a lot of people want to be recognized for something, but either the good titles are already taken or just don’t appear attainable to everyone. Still, some gamers don’t worry about this because there is still one title that can be achieved quickly, and with minimal effort: troll. It’s what they’re known for, it’s what they do. It gives purpose for and meaning to the actions they take in life. What makes this doubly appealing, aside from the recognition, is that there is a perverse kind of humor to be gleaned off of the misfortune and discomfort of others. In real life this might be a bother, what with getting hit in the face being a factor, but online it’s anything goes.

For those of us who just “aren’t with it” on the consumer level, playing around this kind of behavior results in an experience that is less than fun. Some of us will either argue, AFK (acronym for away from keyboard, in this case a player getting up and physically leaving the situation), disconnect from the game, refuse to cooperate with the toxic player, or even sabotage them–in short, more negativity (read: rage).  I came across a video on Youtube by Stodo, a young CoD player belonging to a clan named TerrorOfRage, and I wanted to share it:
[youtube=https://www.youtube.com/watch?v=80uYENbH-Pk]

Now that is a considerably long video, but Stodo does touch on some key points throughout: the glamorization of trolling as comedy and developer response to trolling. People view trolling as not only fun to watch in videos, but also to participate in and attempt to imitate. Soon you’ve got a considerable portion of people doing what they see in the videos (in one of the instances Stodo mentioned, people with riot shields simply spinning in place for the entirety of a match), and thus other players complain. Rightly so, the developer steps in and attempts to deal with the issue at hand while, as Stodo mentioned, shifting focus away from much more desirable endeavors–legitimate balancing issues perhaps? In the case of League of Legends–my mainstay–it gets worse. For example, trolls will often AFK or leave at game start when something doesn’t suit their tastes (they roll a champ they don’t want during ARAM, someone refuses their champ trade, they’re denied their desired position–the list goes on and out the door), thus handicapping their team. In response Riot does occasionally dole out bans for these repeat offenders, but in the process it creates a scenario where you are “locked in” with the trolls who choose to stay and harass you in other ways.

I do not personally get paid to play video games with these types, and so I am in it for the fun, but when another player is out to destroy that fun (probably because they simply want to watch the world burn) I feel like I’m practically babysitting these “trolls”. Developers like Riot take measures to help ensure the sustainability of the community, but in the long run they actually enforce the idea in the minds of trolls that some parental figure (much like at school with their teachers, but in this case Riot) will force others to play with them no matter how they act. Most games, including League of Legends, feature some function to ignore these players, but once it gets to a certain point most people (myself included) would rather not play with them at all.