Home Gaming The Game that Never Was: Ura Zelda
Gaming

The Game that Never Was: Ura Zelda 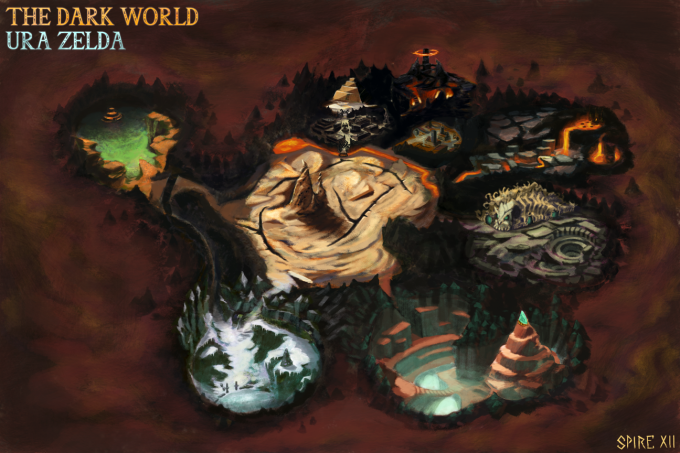 Some gamers believe that The Legend of Zelda: Master Quest, a harder version of the Ocarina of Time that contains different arranged dungeons, is Ura Zelda. It was released on the Nintendo Gamecube in 2002 for Japan, and 2003 in North America and Europe, and later remade as an unlockable feature for the Ocarina of Time 3DS. Game developers, Miyamoto and Aonuma confirmed that they are the same game, but it’s rumored that Master Quest was created in order to get the fans to stop pestering Nintendo about Ura Zelda’s development, since Master Quest turned out to be only a small portion of what Ura Zelda was going to be. Ura Zelda was suppose to be a Nintendo 64 disk expansion for the Ocarina of Time that would make full use of the Nintendo 64 Disc Drive.

What is the Nintendo 64 Disc Drive? 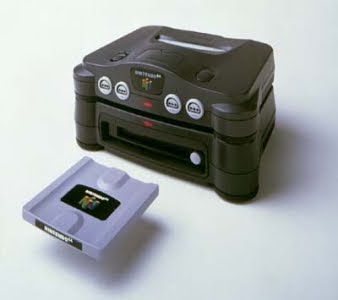 The Nintendo 64 Disc Drive is probably not heard of. This is because it sold so poorly that it never left Japan. The system was full of good ideas such as its software that would let gamers create: movies, characters, animations, and connect to the Internet through a now-obsolete internet service for online gaming, and media sharing. Sadly, this technology was too advance for the time, and only limited quantities were made available in stores. The Disc Drive would connect to the Nintendo 64’s extension port, located on its underside, and cartridge-like discs were to be inserted into the system. Since the N64DD was a commercial failure, only nine games: Mario Artist: Paint Studio, Talent Studio, Polygon Studio, and Communication Kit, SimCity 64, Japan Pro Golf Tour 64, F-Zero X Expansion Kit, Doshin the Giant, and Doshin the Giant: Tinkling Toddler Liberation Front! Assemble! were released. Most of the games planned for N64DD were either cancelled, released as a cartridge for the Nintendo 64, or ported to other consoles such the Nintendo Gamecube. Ura Zelda was no exception, and it too bit the dust. Today, Nintendo Disc Drives and some of its few released games can be found on Ebay.com, selling at outrageous prices.

Originally, The Ocarina of Time was planned to be on the N64DD because Miyamoto and his team wanted to make Hyrule into a persistent world, any action that Link performed would remain permanent in his environment such as a tree being cut, or pots being broken, and add other features that a regular game cartridge could not do. Due the N6DD’s poor sales, the game was forced to be released on the Nintendo 64, and it ended up becoming a shadow of its former self, though the it still became a success. After The Ocarina of Time’s success, the team decided to create the expansion pack in order to make the best of its failing Disc Drive. In 1999, Miyamoto confirmed two Zelda games in the making which were Ura Zelda, and Zelda Gaiden, which later developed into Majora’s Mask:
“We wanted to make a new game that is based on the Zelda system,” said Miyamoto in reference to Zelda Gaiden. “Also, in the light of games that require the memory Expansion Pack like ‘Donkey Kong 64,’ we wanted to make a ‘Zelda’ game that took advantage of the Memory Pack as well. That game is Zelda Gaiden. Therefore, this will not be a game where the locations of the dungeons are simply changed around.”

This game was designed so it can be applied to the disk drive system, and by hooking up the N64 DD, you can play another version of Zelda. By that method, all the dungeons will be replaced by new ones. I think that will be the next Zelda we will make”.

What was going to be in Ura Zelda?

Ura Zelda was going to have new: mini-games, sidequests, characters, and shuffled around items, unlocked after The Ocarina of Time was beaten. Ura Zelda would still have the same storyline, and basic layout of Hyrule as in The Ocarina of Time, but all the dungeons would be remodeled, and have new dungeons to explore. The Wind and Ice temple were probably going to be added based on the speculation created from the Zelda fanatics. The fans inside Shadow temple and the Forest temple section of Ganon’s Castle were assumed to be leftovers from the Wind temple, and Fado, a blonded haired Kokiri girl, was believed to be the Wind Sage because a beta screenshot of her exists where she is dressed up, and also she is the only Kokiri of her character designs. The Ice Cavern featured inside the game was believed to be left over from the Ice Temple. Ura Zelda was also rumored to have the Unicorn Fountain, originally planned in The Ocarina of Time, where Link would receive his Tri-Sword Beam attack in which Link would thrust his sword forward and released an orange beam in the shape of a triangle. For side quests, the “darn” running man that gamers will never beat because he is always one second ahead could finally be beaten because game developers couldn’t complete this quest due to lack of space on the Nintendo 64 cartridges. Two new tunics, gold and white, would be added, but what power they would give Link is unknown. At last, Miyamoto hinted at gamers being able to create their own masks in a N64DD program called Talent Studio and then implement them into Ura Zelda.

The Unicorn Fountain is believed to be in Ura Zelda, where Link would learn his new sword attack.

A beta version of Fado, who fans have assumed would probably have been the Wind Sage.

The End of Ura Zelda

The redesigned dungeons played a huge part in Ura Zelda’s development, however, the person in charge of alternating the dungeons was not very progressive according to Eiji Aonuma, and he too did not feel like tackling this challenge, instead he wanted to continue working on Zelda Gaiden:
“I didn’t think we’d be able to call the finished result a new Zelda. However, I couldn’t just say no to the idea of making a new one. To that end, I made a bargain with Miyamoto: if I could make a new Zelda game within a year, we wouldn’t have to do Ura Zelda”.

Aonuma’s disinterest and lack of confidence in the project was the final nail in Ura Zelda’s coffin. Though it’s unfortunate, but without this single event, Majora’s Mask wouldn’t have been created, so that’s good, right?

Ura Zelda will probably never see the light of day as fans hoped to see its features in the 3DS remake, however this doesn’t stop gamers from exploring beta footage trapped inside The Ocarina of Time. Beta Quests are unique events and scenarios hidden within the game’s cartridge that be reached by using Action replay, or Game Shark codes. Some of these beta elements are either connected to Zelda 64, the beta version of The Ocarina of Time and another project that I would like to write about in the future, or Ura Zelda. These elements hidden within the game cartridge are clues to what Ura Zelda could have been. Beta questing for Ura Zelda can be enhanced if the Nintendo 64 is connected to its Disc Drive. With the DD connected, an alternate title screen will appear, and the system will ask for the disc that was never created, though it is still possible to play the game if the game system can be tricked into thinking that the non-existing disc is inserted. There will be: more enemies, and different colored textures in certain locations, and the character models in the Town Market will not work. This is assumed that they were going to have new animations, but because there is no data to upload them, they remain frozen and “glitch-up”. 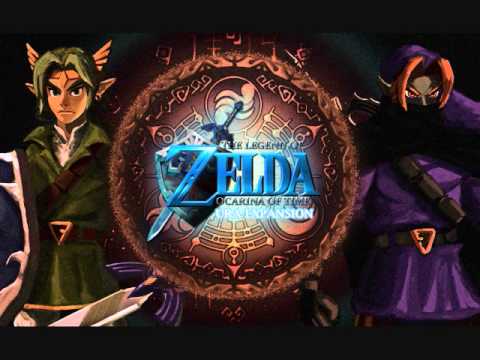 A team of hackers led by a person name Zeth who planned to restore Ura Zelda, but recreate it in their own style by piecing it with new: content, music, and story elements. This was otherwise known as the Ura Zelda Restoration Project. The main protagonist was going to be a green haired boy, wearing Link’s tunic, named The Hero of Light, and his partner, originally Navi, was named Raze. Artwork for the project ranges from new creatures such as the Shadow Gorons, new sages: Sage of Darkness and Sage of Wind, and more items like the Sheikah Shield and Dragon Boots. The project had potential, but it remain uncompleted for so long that a rumor has spread stating that the project is completely canceled.

The Game That Never Was

For more information about Ura Zelda:

Legend of ZeldanintendoThe Game That Never Was