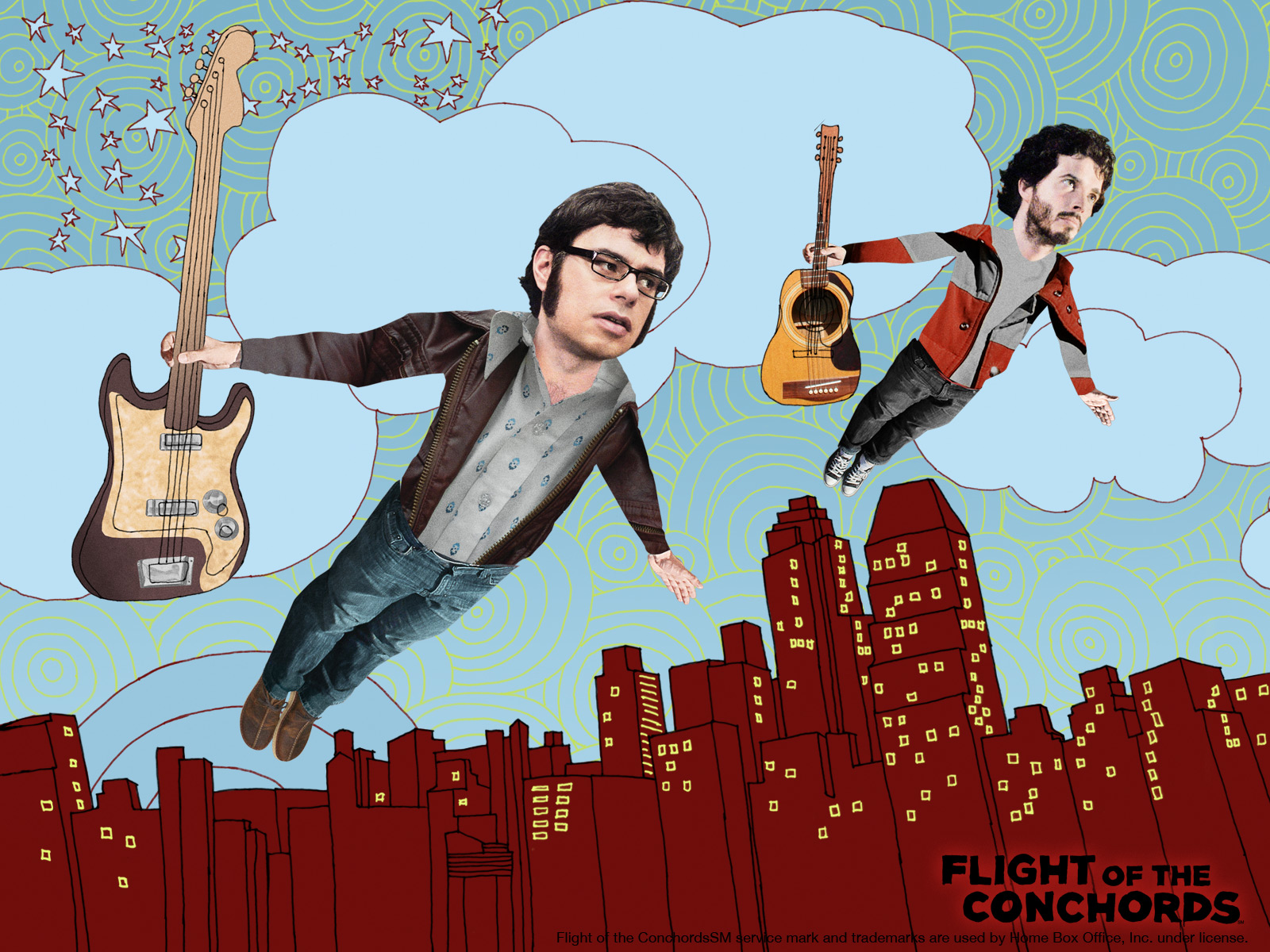 The key word here is “rumors.” Over the last few days, the internet has been buzzing with excitement over a number of articles which claimed that the New Zealand comedy/music duo Flight of the Conchords will be returning to HBO for a four-episode show. However, before we get too excited, it’s important to understand the context of this news.

If you’ve been living under a rock and have never heard of Flight of the Conchords, look them up immediately – I guarantee that they will make your life better. In their own words, they used to be “New Zealand’s 4th most popular guitar-based digi-bongo acapella-rap-funk-comedy folk duo,” and are now “the almost award-winning fourth-most-popular folk duo in New Zealand.” The comedy band consists of New Zealand natives Bret McKenzie and Jemaine Clement, whose music inspired a BBC radio series in 2005 which then progressed to a TV series, also called Flight of the Conchords, which premiered on HBO in 2007. While the HBo series only ran for two seasons, the success of the show and the band’s live performances quickly inspired a cult following of fans who would view the show’s renewal as a dream come true.

In a recent interview with The Guardian, Jemaine Clement spoke about his new vampire comedy film, What We Do in the Shadows, and it was this interview that sparked the recent rumors about a Flight of the Conchords revival. In the quote that got everyone talking, Clement said that “We talk about a movie every so often . . . Bret, James [Bobin, lead director] and me, we all want to do a musical. It would be good to do something all together … I miss playing Flight of the Conchords gigs.” He then went on to reveal that HBO have commissioned a new, four-episode comedy show from Clement and Taiki Waititi, who worked with Clement and McKenzie on Flight of the Conchords, saying that “It was supposed to be this year but then we decided to put What We Do in the Shadows out ourselves.”

You’ll notice that nowhere does Clement say that this show will be related to Flight of the Conchords, or even that Bret Mckenzie will be involved, though it’s easy to see how people jumped to that wishful conclusion. Jemaine Clement cleared up the issue once and for all by taking to twitter in order to clarify the rumors, tweeting that “Before this rumour gets out of hand – we are not working a 4 ep Conchords show for hbo . . . I am working on another idea with them though, hence the mix-up.”

Yes, it’s disappointing that we won’t be seeing Flight of the Conchords return for a renewal, but there are so many other exciting things to focus on in Clement’s interview that people seem to be just passing over. First of all, a Flight of the Conchords movie? Yes please! And secondly, just because Clement and Waititi won’t be doing anything Conchords related with HBO, that doesn’t mean that what they are working on doesn’t have just as much potential. With this upcoming show to look forward to, as well as Clements vampire movie (which, by the way, also stars Rhys Darby, aka Murray, as a werewolf), we Conchords fans have plenty to be thankful for. But in the meantime, to soften the blow of your disappointment, I’ll just leave this video here for you to watch: