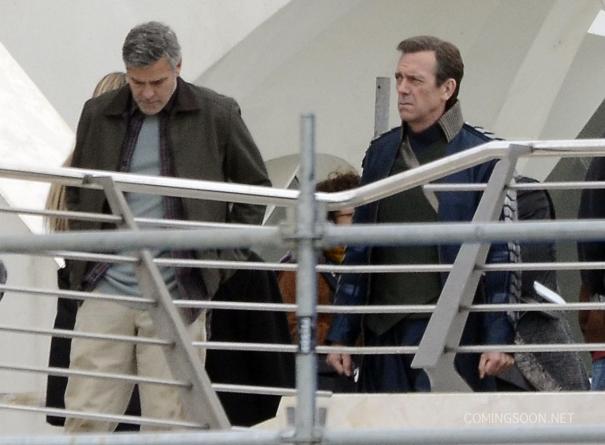 In the last few years, New York Comic Con’s popularity has grown so that it is nearly as big an event for the entertainment industry as its San Diego counterpart. The growth is evident in the fact that huge companies, like Disney, have chosen the fall convention to release exciting announcements and sneak peeks at upcoming projects. This year Disney plans to make announcements at NYCC largely focused on their upcoming film Tomorrowland.

For Disney aficionados, the details that we have about Tomorrowland are no surprise. Disney has been teasing the project for at least two years now. Interest in the project spiked when screenwriter Damon Lindelof tweeted an image of a briefcase full of materials that the creative team found in the Disney archives. Since then, Lindelof has resigned from using twitter at all (maybe he was nervous that he’d leak secrets?); however, he has spoken publicly about his favorite elements of the mystery suitcase, which includes correspondence between Walt Disney and Orson Welles. “As a huge Welles-file, just the idea that those two were writing letters to each other in the early 1950s was fascinating to me, because that’s not a synergy that you think. Lo and behold, the tenor of the letters, while polite, sort of showed why those guys could never really collaborate on a project together. But I just loved the idea that they almost did.” Other items in the case include photos of Walt, and a copy of “Amazing Stories” that sparked early theories of a Buck Rogers reboot.

Disney created an app last year about the suitcase and its contents, then simply called the “1952” collection, and began teasing the Tomorrowland project. Their app, which is still available through the iTunes store, has a variety of photos and tons of historical information about the creation of Disneyland and where Walt got some of his inspiration for the park from. The final script, according to Lindelof, was immensely interpretive. The writing team was encouraged to stretch their wings, and only had to remain loyal to the title Tomorrowland—almost everything else was negotiable.

According to the website Comingsoon.net, the plot is loosely as follows: “Bound by a shared destiny, a bright, optimistic teen bursting with scientific curiosity and a former boy-genius inventor jaded by disillusionment embark on a danger-filled mission to unearth the secrets of an enigmatic place somewhere in time and space that exists in their collective memory as ‘Tomorrowland’.” Tomorrowland stars Hugh Laurie and George Clooney, as well as a bevy of lesser-known actors in the main cast.

Disney representatives including Lindelof and director Brad Bird will be on hand at the Tomorrowland panel at New York Comic Con on October 9th with “exclusive footage” from the film. Whether they will be sharing clips or a teaser trailer is yet to be seen. The original release date for the film was December, 2014, so it’s fair to assume that a decent amount of the film is complete, and that whatever Disney brings to NYCC will be from the final print of the film. Disney has also announced exclusive footage of Big Hero 6—a Disney digital animation film based on the Marvel comics of the same name—to be released at the panel. Big Hero 6 is already getting tons of buzz online, as character designs and the trailer are available everywhere. Directors Don Hall and Chris Williams, as well as producer Roy Conli have all been confirmed for the event. Other “special guests” have been teased, but nothing solid has leaked on that yet.