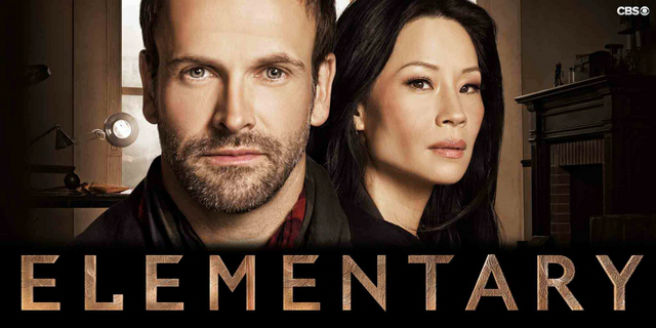 Arthur Conan Doyle’s famous detective has seen a lot of play recently for a character almost 130 years old. Guy Ritchie’s grittier 2009 take on the world’s most famous detective (one that saw him fighting crime as much as solving it) was followed by a sequel film, and BBC’s own incredibly successful adaption hit the airwaves a year later and is now heading into a much awaited 3rd series. With an already existing plethora of choices, one might be tempted to bypass CBS’ take. Surely one Sherlock adaption is much the same as the next, right?

Wrong. Now hitting its stride in its second season, “Elementary” has enjoyably set itself apart. Here are five ways it distinguishes itself from its contenders: 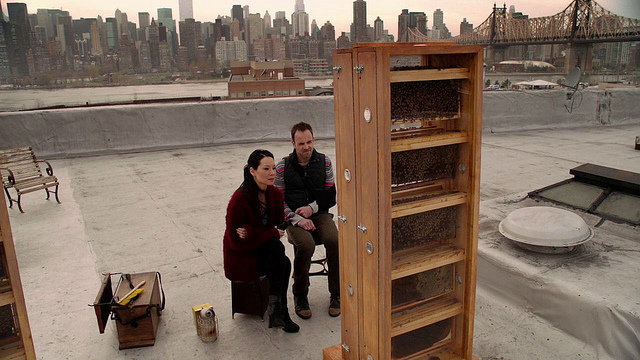 Richie’s movies maintain the usual Victorian setting and the BBC’s attention to updating the elements of classic canon is worthy of serious applause, but “Elementary” dares to reinvent instead of just rehash. Sherlock lives in New York, not 221b. (It’s not as blasphemous as it sounds–promise.) Watson isn’t an injured war doctor but an ex-surgeon turned sober companion for Holmes. On paper, the changes made might seem to make the show a Sherlock case study in name only, but in reality they give “Elementary” the freedom it needs to explore the world and the characters without sticking to a predictable script. By freeing the story to take on new directions, “Elementary” maintains a critical quality that all Holmes cases should have: suspense.

Just because “Elementary” doesn’t stick to the original script doesn’t mean it hasn’t done its research. It remains aware of its iconic history and treats its past with respect. Dedicated fans will recognize the name of the show’s Lestrade expy, Captain Gregson, to be a subtle reference to Lestrade’s associate from “A Study in Scarlet.” Moriarty can still be easily recognized by the stolen paintings in the foyer. Even the show’s opening credits are reminiscent of the mousetrap from Disney’s own Holmsian adaption, “The Great Mouse Detective.” And yes, Sherlock still keeps bees. “Elementary” forges on into new material as is needed to keep its plots fresh and interesting, but never leaves its legacy behind for good.

“Elementary” isn’t just a mythology adaption; it is also a crime procedural. One demand of this particular weekly television medium is that it can’t be all Sherlock references all the time; the crimes the protagonists solve have to be just as engaging as the Holmsian elements. The show employs a formula reminiscent of many other police procedural shows, only with their own literary twist. Thankfully, the show’s crimes are intriguing and usually quite clever. Sure, watchers genre savvy enough can probably figure out who the killer is before the halfway mark, but the writers have developed some genuinely entertaining ways to off their victim of the week, but watching Holmes and Watson unravel the clues keeps viewers guessing.

Nothing is more annoying than watching a crime procedural where the word “hacker” seems to be synonymous with “wizardly plot device.” It’s a recognized and much lampooned trope on some crime shows to “enhance” a grainy photo by zooming in, the image resolution magically not deteriorating or hampering the detective’s search for clues. Though they make the occasional techno-babble hand-waves, in general, the writers of “Elementary” are on the ball in terms of knowing what the capabilities of computers, video cameras, and even 3D printers actually would be if being used for murder, extortion, or crime solving. They even have some sense of how the Internet works as a culture–as evidenced by Sherlock’s hobbies of purposefully starting fights in forums and, in one episode, a demand from said forum-goers for a picture of “shoe on head” as an apology. Sherlock complies.

Liu’s straight-woman Watson contrasting Sherlock’s bizarre shenanigans is phenomenal. An expert in boundaries, this Watson is far from a bumbling sidekick, nor is she simply Sherlock’s handler. Instead, she enforces order and brings empathy to the chaotic, terrible world Sherlock operates in. Unlike other adaptions where Watson’s own intelligence is pushed out of the spotlight of Sherlock’s brilliance, “Elementary” has Joan playing an equitable role. She may not be a deductive genius, but she was still a surgeon– that takes brains! As the series goes on, her own deductive skills are honed so that she and Sherlock can begin to trade barbs and observations together, each supporting the other. She is a partner worthy of the great detective, and her friendship with Sherlock is without a doubt the keystone to the entire series. 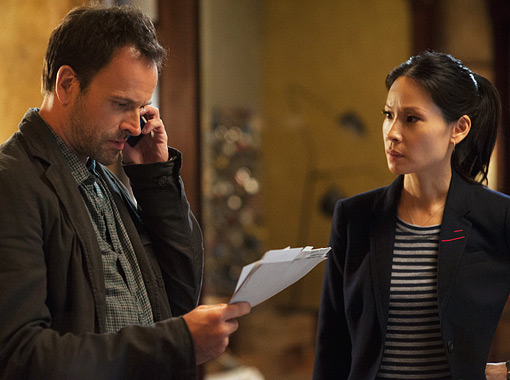 Have you watched Elementary? What do you think? Does it stand up to the other adaptions? Which Irene Adler would win in a fight? Let us know in the comments.

Sharpening Focus: Catching Up With the Oculus Rift

The Showdown PS4 vs Xbox One (Infographic)

Agree and this is one of my favorite shows, Lucy Liu does a great job playing Dr. Watson and her own skills are growing that even she is catching stuff that Sherlock didn’t think of.

Dragon Blogger Thanks for the comment! It IS pretty fun watching Joan come into her own as a deductionist, isn’t it? Wondering how she’ll top the crime solving from last season’s finale this season!

MellieMD Elementary certainly is taking some bold new steps– I think you bring up a good point about comparing it to BBC’s adaption. They both have things they do better or more accurately to the original texts than others. Comparing one to the other is like saying you can have the piece of carrot cake or the piece of chocolate cake: depends on your taste which one is better.