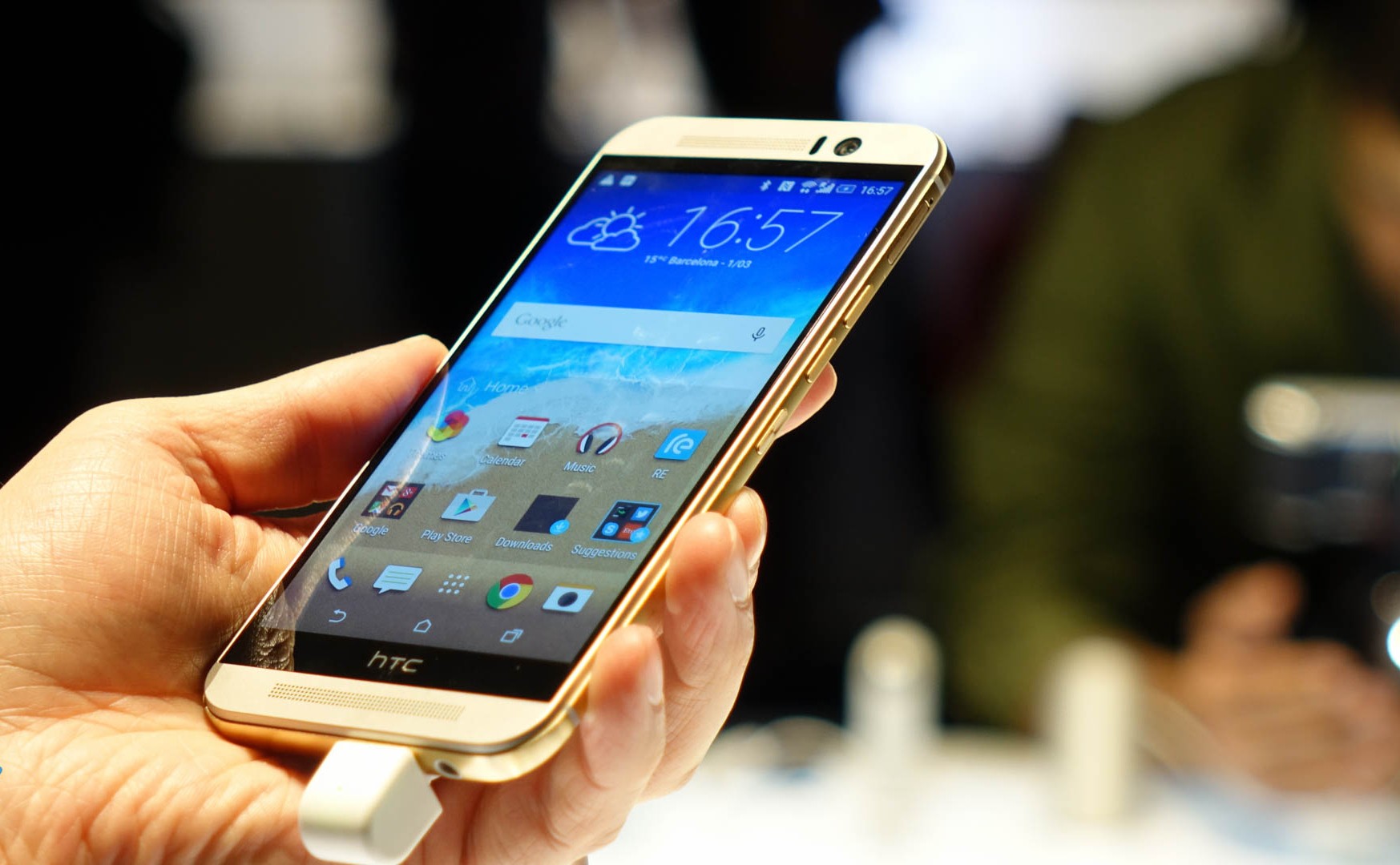 The next love child from HTC will be released very soon, respectfully this phone is well-rounded with a few new features and a boost in the hardware. Originally code-named the HTC Hima, the M9 is looking to improve on the feel and aesthetics of the recent flagship, sticking to the sleek metal frame. As you can see from its appearance the phone hasn’t gone through much of a dramatic makeover. From its screen and metal body, even to the slim bezels, the phone resembles much to the ‘HTC One M8’, its predecessor. With their past few iterations of phones, it seems like the ‘If it isn’t broke, don’t fix it’ mentality carried over well into this new device. You may or may not appreciate HTC’s favoritism on this design but the look they have created is solid and just as trusty in functionality, you will find no surprises here.

There are a few subtle changes however. The power button has been moved from the top to the sides so that your thumb can reach to power down the phone with no issue. The ultra-pixel camera originally on the back of the M8 has been used in the front for a high quality selfie-cam since the rear cam has gone through a bit of an upgrade which we will touch on a little later. Since this is a new phone it will be shipped with android 5.0 lollipop, this will come to no surprise since HTC is among the top-selling mobile companies, besides this phone is more than capable of handling all of its new features along with HTC’s custom user interface (‘Sense’ UI). This is similar to Samsung’s ‘touch-wiz’ UI where android is customized to look unique from other counterparts in the market.

This years model will also sport better speaker output, as you can see (above) just as the earlier models the speakers are front-facing which is a unique style apart from Apple and Samsung. HTC is claiming the M9’s speaker to be improved to the point where it will have an almost surround-sound quality (Dolby audio) when watching movies or listening to your music, if true that will be a more than impressive feat. This will be great because often there are moments where your phone just isn’t loud as you would like it to be which can be frustrating. While some of the new additions may be low-key, the phone does a good job of creating a premium feel, you aren’t going to get a phone like this on mistake. There is a large mobile market, and HTC does a good job of separating itself against the competition.

When you look at this phone, you already know who made it.

Here are the specs:

You read it folks, 20 megapixels for the rear camera. If you are the average Jane or Joe this phone may make you want to dump your old camera in the trash, then push it far far to the bottom. The camera lens is protected by a sapphire cover which assures you get a clear picture when you take the shot.  With such an impressive camera the M9 does not disappoint with its supporting software.The camera is accompanied by the ‘HTC Eye’ technology that features: split captures, voice selfies, live makeup and other features that use this mega camera to its full capability.

Such a high-caliber camera is something truly unique in comparison to other phones, and this model is definitely a looker with some strong hardware under the hood. You can expect the HTC One M9 before this summer with several colors: grey, gold, rose gold, and pink. As of now the price is unannounced as they have been quite hush-hush about the phone overall, expect prices to rival the competition. The M9 is a well crafted phone that you should definitely keep your eye on, expect it to make a splash upon its upcoming spring release.