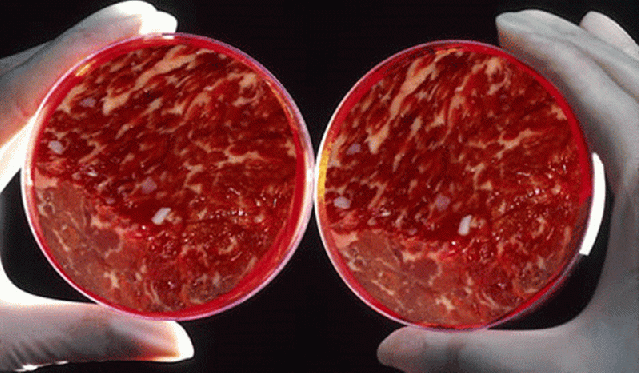 Google’s Sergey Brin as apparently financed production of the first hamburger ever grown in a lab. For the first time in the history of the world, instead of the burger being cut from the hind of a cow, it was grown in a controlled environment by Dutch University.

Brin, the co founder of Google, was apparently intrigued by the affect the technology could have on the food industry. Specifically how it could improve inhumane treatment of animal, ya know, by removing them all together.  He also specifically noted the treatment of the animals when he reminded us that, “We have a vision in our minds of pristine farms, couple of cows, couple of chickens, but that’s not actually how meat gets produced today.”

It may just be one of the most expensive hamburgers ever crafted. Coming with a production price tag of a whopping €250,000. A handful of lucky people got a chance to try the lab grown burger at an event in London. While I would expect something that cost so much to produce to be the most delicious patty of meat this side of a cows butt, it was described as, “close to meat.” Well it’s not exactly a glowing review, but if it can revolutionize an industry, then it’s probably worth it. Some people are looking to this new creation as a way to move forward in our food production standards. While others have taken on a more altruistic hope that it could be an answer to world hunger.

So is this lab grown burger going to be what feeds the whole starving world? Probably not. After all we’re not exactly lacking food in the world, as it stands. We are all just to greedy to share it.

5 Worlds we Want to See in Kingdom Hearts 3