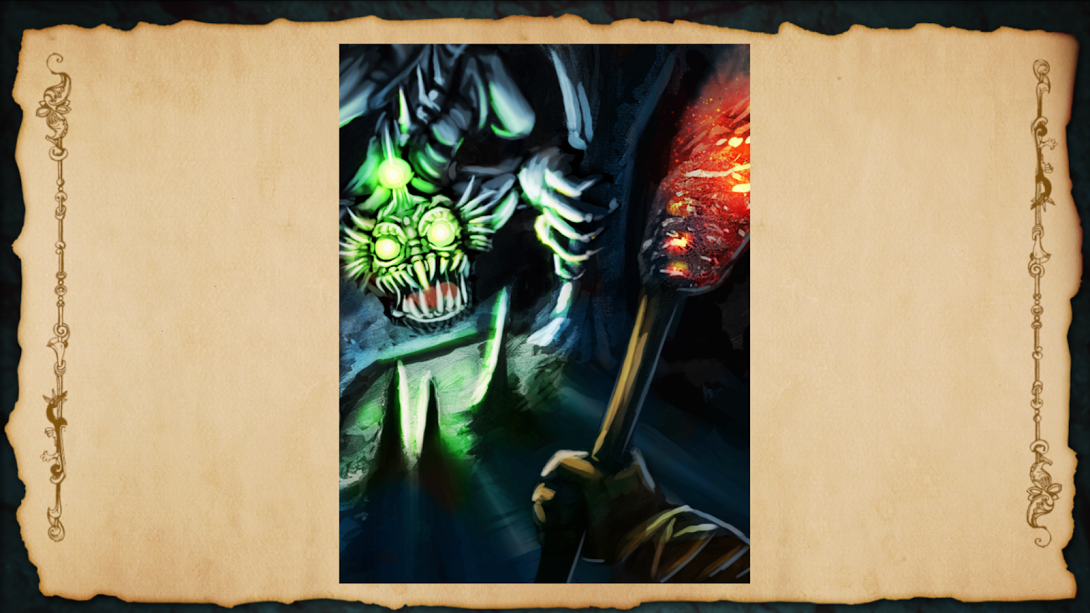 It’s no secret that apps are all the rage right now, even overshadowing a lot of gaming industries with the new technology of gaming right on your phone at any time or place. Geek Insider got a fun exclusive look into a rising app company called Thousand Realms. We got to sit down with Michael Gentile and David Gutkin, Directors of Invention at Thousand Realms, as well as Carine Engelbrecht (author of Fire Gate, their new app), and have an interview to know more about the process of starting up an app company as well as the apps they have in the works.

For starters, a little about the company: Thousand Realms is an app company releasing interactive adventures for android and iOS devices. Their first app, Fire Gate, was initially released in 2016 for iOS but is being re-released for Android with revamps and new cool features. Fire Gate, as well as future Thousand Realms app releases, isn’t just an interactive story—it’s a game, packed with elements of classic RPGs. Pick your character, make your choices, and play with friends.

Let’s dive right into these questions and learn more about Fire Gate and Thousand Realms.

Geek Insider: Why did you and your co-founder, David Gutkin, decide to start Thousand Realms?

Michael: We wanted to bring back the ability to play games like D&D to busy adults by putting them on your mobile devices. The core of what I loved about playing tabletop role playing games is working together with your friends on a fantastic adventure.

David: Way harder than expected! Though, I am sure that most entrepreneurs might not take on the task if they knew the real challenges that lie ahead of them. It really is a labor of love; though, we both feel passionate about the Thousand Realms concept. Best job ever!

Michael: Trying to get development done without any understanding of the landscape wasn’t working. We had several false starts with a few developers and it could have been the end of Thousand Realms. Ultimately, we came to the realization that you can’t just tell someone “make it so” and expect to get what you need. I ended up learning data architecture and getting a consultant to train me in how to speak the language of coders and write a proper spec before we were able to enter development successfully.

GI: What is your favorite part of working with apps under Thousand Realms?

David: My favorite part? Dude, we get to build RPG games! So much better than slaving away in the salt mines! Seriously, Mike and I grew up playing and building RPG games, such as D&D –and now we get to do it with the resources of an adult. How cool is that?!

Michael: The potential to quickly publish a multitude of adventures is what gets me excited. Authoring is fun, but ultimately being able to call a project done is most gratifying. Exploring new concepts and expanding to new audiences is our current focus. Our authorship tools and clearly defined standards allows us to quickly generate more content and broadening our creative opportunities

GI: Tell us a little bit about your release, Fire Gate (what it’s about, how to play, how much it will cost, in-app purchase info, etc.).

Michael: Fire Gate is free and you can optionally purchase credits that give you access to more character classes, extra lives if you die, and extra gold to splurge on luxurious items like potions of invisibility or computer-controlled allies if you want to play solo. The story centers around a demon realm, with the denizens of that realm attempting to gain access to the world of mortals. Your characters have to stop the demons from doing fun demonic things to people. You make choices like in the old Choose Your Own Adventure books, but your character selection affects your ability to succeed. You also gain items like flaming swords and learn new spells and abilities like shooting webs at your opponents. Your characters come with you from adventure to adventure, so it is a lot like D&D in that respect.

GI: What is unique about Fire Gate; why should people look forward to playing?

Michael: Ours is the only multiplayer interactive fiction platform in existence. Adding RPG elements to it offers a broad range of experiences that we are just beginning to explore. If you like reading fantasy or fiction, this is a luxurious interactive experience which you can share with your friends.

GI: Who is the author of Fire Gate?

Michael: Carine Engelbrecht created the original concept. She did a great job with it before we really knew what we needed for the platform. In development, we learned a lot of lessons about what works and what doesn’t. This prompted us to rewrite the adventure probably 5 times.

GI: Where did the idea for Fire Gate come from?

Carine: I’ve always been drawn to the concept of portals and crossing over into other worlds. I think Michael and David had the same idea, because it’s implied in the Thousand Realms concept. It’s exciting to enter a new world, not knowing what the rules are or what the monsters look like. But, on the other hand, why do we close certain gates? Because what’s on the other side could be terrifying. The way the story started out, it was about a race against time, to stop the bad guys from opening the wrong kind of gate.

GI: What other releases are you working on, and when are they planned to be released?

Michael: We’ve got two more adventures in the Fire Gate world coming up: Fire Seed and Fire Wars. Fire Seed has many similar elements, with the players awakening to a mystery that revolves around being implanted with demon seeds. Fire Wars expands the universe a bit more and the players learn about an eternal war between orcs and humans. Rather than having orcs be something to slay on sight, the players are offered nuanced options to possibly cooperate with orc slavers in pursuit of a common goal of stopping demon-kind. Fire Seed is complete and will be released in March. Fire Wars should be done by Summer and will offer higher level challenges for more experienced characters. They both will be free.

Additionally, we’ve got a comedic adventure coming up with the working title of “The Underwhelming Misdeeds of Capitalisto, Lich Businessman”. A petty ruler sends you on a mission that leads to the discovery of a cult which appears to be killing people and then selling the resulting meat back to their own relatives. The cultists wear silk nooses and sell the meat door to door. Hacking through the cult’s crypt lampoons corporate workplaces. Capitalisto should be ready for release in April and it will offer greater challenges for experienced characters.

GI: What are your company’s goals moving forward?

David: We are expanding to genres outside of fantasy. One of the unique features of our platform is it allows players to move characters from one story to the next. This creates a “mash-up” –allowing the player to take, for example, their Frost Mage into a Nancy Drew style murder mystery. I can’t wait to see where this goes!

Michael: Our immediate goal is to create higher-level content for people who enjoy playing the Fire Gate series. Additionally, we are working on a series for younger audiences targeted at improving their reading skills. We hope that families enjoy playing the adventures together, with the children learning to read and then growing to more advanced content.

GI: Anything else to add?

Michael: Expect to see a lot more genres in the future, with sci-fi and cyberpunk on our near-term agenda. We are looking to work with many more authors and expand our publishing activities.

David: This has been a real adventure for Mike and me. I am looking forward to the future of Thousand Realms and exploring the broad potential these games have.

GI: Awesome, we look forward to watching your company grow. Thank you so much for your time!

Thanks again for the great interview to the creators of Fire Gate and directors of Thousand Realms. We look forward to playing Fire Gate, which was just released on February 3rd, and to all future releases by Thousand Realms.

Check out their press page for Fire Gate here.