Home GamingConsole Is It Finally Time To Buy A Wii U?
ConsoleGaming

Is It Finally Time To Buy A Wii U? 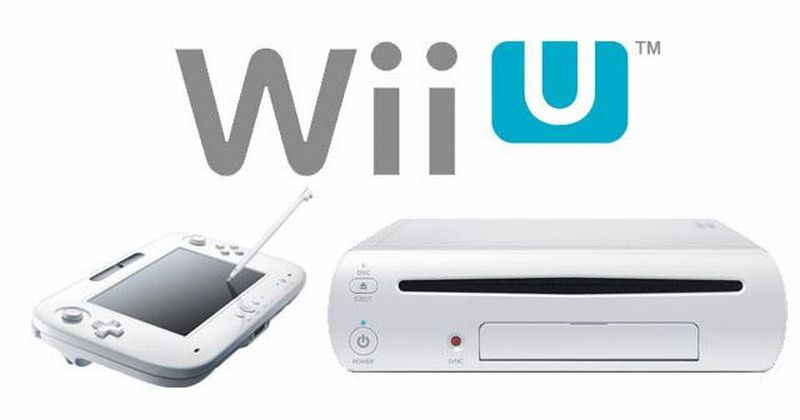 The short answer is “yes.” So you can either stop reading now and just fork over your hard-earned cash into Nintendo’s pockets, or you can continue reading and find out exactly what has changed to condone purchasing the console. Either way, while this will obviously be a hybrid informative/opinionated piece, in the end, it will be up to you to decide whether or not the Wii U is for you. It should be mentioned that this article will only be covering a few games from the intriguing upcoming lineup and not any accessories or peripherals like the Amiibo figurines that were announced for the system. That being said, let’s dive right in and see what all the recent fuss is about that’s caused Nintendo to stir the competition up!

Before going into detail and covering various gaming announcements tossed around at the recent E3 convention, allow me to mention a game that’s currently out now that is, quite simply, a lot of fun and a game changer (no pun intended). Mario Kart 8 was recently released onto the system and has since made an expected impact on sales figures as well as reiterated what fans truly want to see from Nintendo; franchise exclusives. This recent adaptation of the long-running series, Mario Kart, has given Nintendo a chance to get off life-support and inhale some needed fresh air into their gasping next-generation attempt. Why? Well without going into too much detail, it’s a game that is molded out of pure fun and—quite honestly—has the power to make you feel like a kid again…in a good way! Not many games can do that, but Nintendo particularly has a great track record of distributing games that possess that potential. With spectacular graphics, beautiful and enchanting courses to explore, and a fun yet competitive online and local multiplayer mode…well…just let this video–which shows all thirty characters in action–sum things up:

Kirby And The Rainbow Curse

Before I begin briefly explaining the significance of this upcoming title, I encourage you to take a gander at this video trailer first:

Well? Did you take a peak? Isn’t that the most adorable thing you have ever seen in a game? The yarn gimmick from the previous Kirby title launched on the Wii U’s predecessor was one thing, but who wouldn’t want to play a game where you control everyone’s favorite little pink blob…but in “claymation?!” Nintendo is known for issuing unique graphical makeovers for their games to give them a fresh and even “cartoony” feel, but personally, the use of clay animation for a Kirby title is a match made in heaven and really helps the title excel into the stratosphere of cuteness. As for the gameplay, it seems very fast paced and requires heavy use of the GamePad peripheral as you maneuver Kirby “from Point A to Point B” by means of–essentially–drawing a path for him to follow in order to get around certain obstacles. It’s a colorful and artistic twist to both familiar gameplay and a classic franchise character that we all know and love. If you’d like to know more about this title in particular as well as an additional opinion, I’d suggest clicking here. 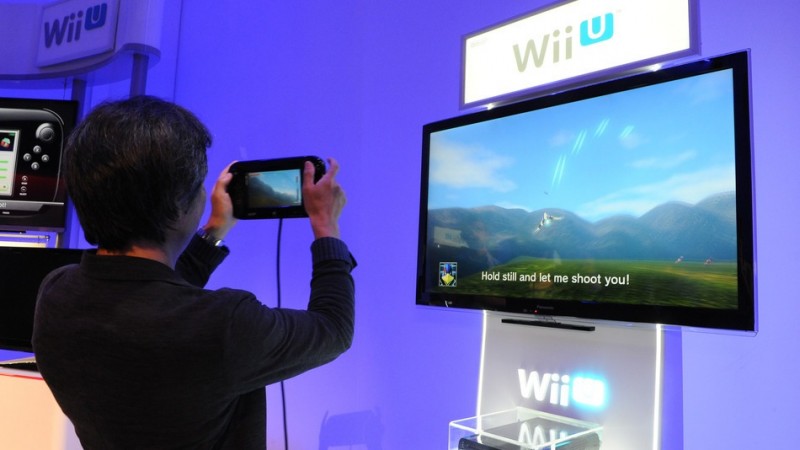 Nintendo has created it’s own vast little world filled with beloved characters that hold a place in many gamer’s hearts purely based on nostalgia. Of these exclusive franchises that have spawned from the company, there are a few who haven’t necessarily received the typical “royal treatment” that other’s may have garnered…and one of those is the Star Fox series. In some ways, Nintendo has often put everyone’s favorite band of intergalactic space-fighter animals on the back burner to focus on other projects over the years. The team reached their peak of popularity with the release of Star Fox 64 for the Nintendo 64 console…yet they never seemed to match that same level of excitement afterward. After having a few characters make cameo appearances in past Smash Brothers titles and a re-release of Star Fox 64 on the 3DS, Nintendo let their fans know that they had not completely forgotten the series. While there isn’t really any quality footage or standout photos available, at this year’s E3 convention, we have been presented with evidence that a legitimate sequel is currently in the works…and it is being supervised by the legend himself Shigeru Miyamoto. You can see blurred gameplay taking place in the background of this video featuring Miyamoto, and this all translates into fans grinning from ear-to-ear with excitement and anticipation for what is to come.

The Legend of Zelda Wii U

While the games I’ve discussed so far can arguably be called instant classics and will serve both fans and the company well, by no means are they titles that could “save the console” on their own. However, there are two titles that we’ll cover that do have that capability, and the first one is the next game in the Legend of Zelda series. What we know so far is that the developers decided that they would like to journey back to the roots of the basic gameplay of the very first Zelda title for the Nintendo Entertainment System (NES). Obviously they don’t want to revert back to “blocky” pixels, yet what that means is, in the original game, you could move about freely in what seemed like a massive environment; and at that time it certainly was. Though not necessarily linear, most of the “open world” Zelda games that have been released since Ocarina of Time have had predictable limitations and boundaries on where and how far you can go. That’s not to say that fans haven’t been happy with the product they’ve been given with each inevitable release in the franchise, however it seems that with this upcoming entry in the series, the developers don’t want to simply settle for “happy.”  Although we’re not given that much to work with, from my own personal impression, it seems like this will be the first Zelda game where you can freely go wherever you’d like without having to follow a sequence of linear paths. Sure, there will be mandatory objectives and obviously graphical boundaries, but in comparison, it seems like they’re trying to create a world that could be classified as Nintendo’s version of Skyrim; and that game was ridiculously huge and involved. Graphically, with what we are given, the game is an absolute feast for the eyes as the images displayed are beautiful and the environment itself is gorgeous. Don’t believe me? Well how about you take a look at this video for yourself. If you’d like to jump right to the gameplay footage, then I’d suggest skipping to around the 2:55 mark. 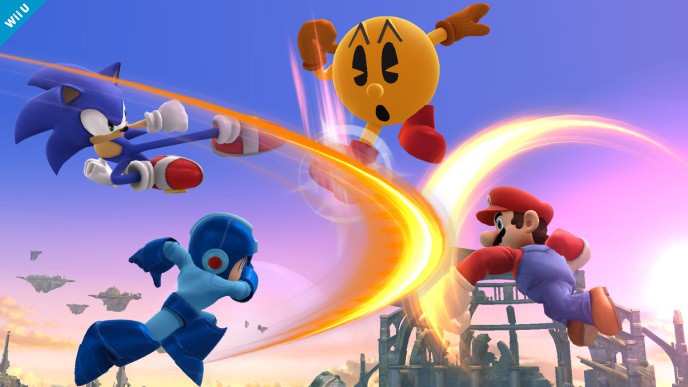 Last, but not least, the other exclusive release that could help Nintendo put their console into the homes of gamers…Smash Brothers for the Wii U. Ever since this series was introduced to fans, players from around the world have been able to choose some of their favorite characters from various Nintendo franchises to competitively duke out and brawl against their friends. With so many characters within the Nintendo universe, there’s always a mass amount of curiosity and speculation surrounding which ones will return or be introduced before the release of a Smash Brothers title; and the anticipation with the upcoming one for Wii U has been no different! Personally, being a humongous fan of the Pac-Man games, I nearly performed a series of impossible and unlikely acrobatics after discovering Namco’s yellow mascot would be making his debut into this next Smash Brothers entry. Character revelations aside, this game is sure to help add some much needed life into the system with its stunning graphics and character animations, fluent controls and gameplay, and remarkably enjoyable multiplayer mode. Since I decided to be a tease and only wet your appetite in this summary, for further evidence of awesomeness, click here for a second (and third) opinion.

Ever heard of an article ending with a suspenseful twist? Well as it turns out, before writing this, I was not an owner of the console nor did I ever intend on purchasing one anytime soon. However, given the reasons listed above, the impressive future of promising exclusives to be released, and simply the inner-child in me screaming for an escape, I finally caved in and did the deed. Don’t believe me? How about some pictorial proof: 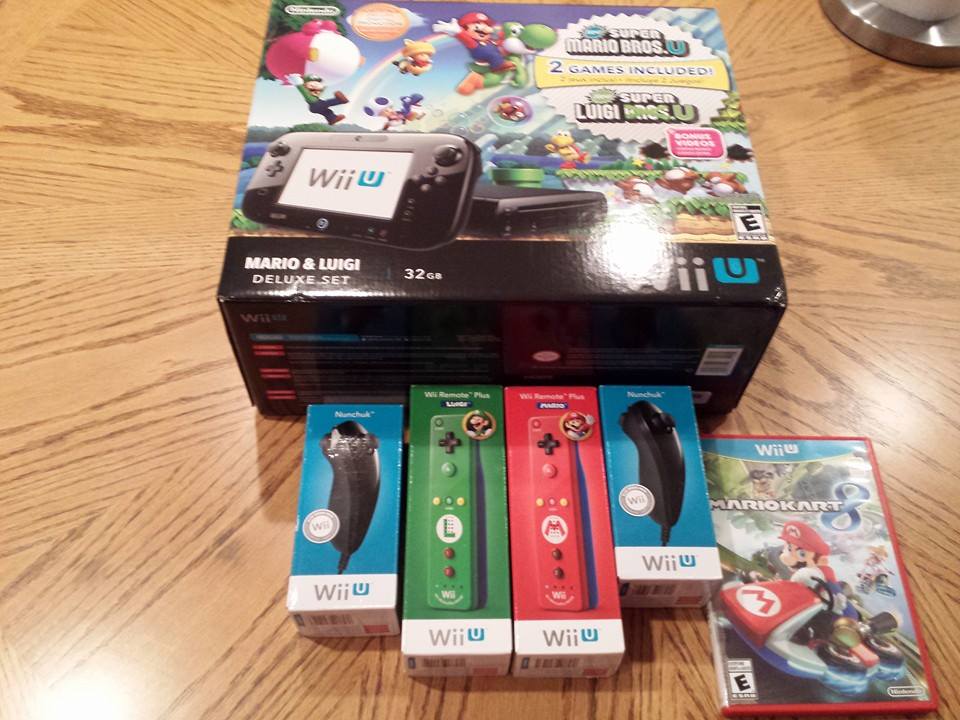 My personal buying history aside, as stated in the introduction, whether or not the Wii U deserves a place within your home is entirely up to you. There are plenty of incredible games and reasons to purchase a Wii U that I failed to mention here, so for further information and opinions to help you make an informative decision, I’d recommend checking out the videos and articles that follow Nintendo’s E3 coverage here or here.

So…is it finally time to buy a Wii U?

The Sailor Moon Reboot – What Does It Mean For The Characters?