Book vs Film: When the Movie Gets it Right 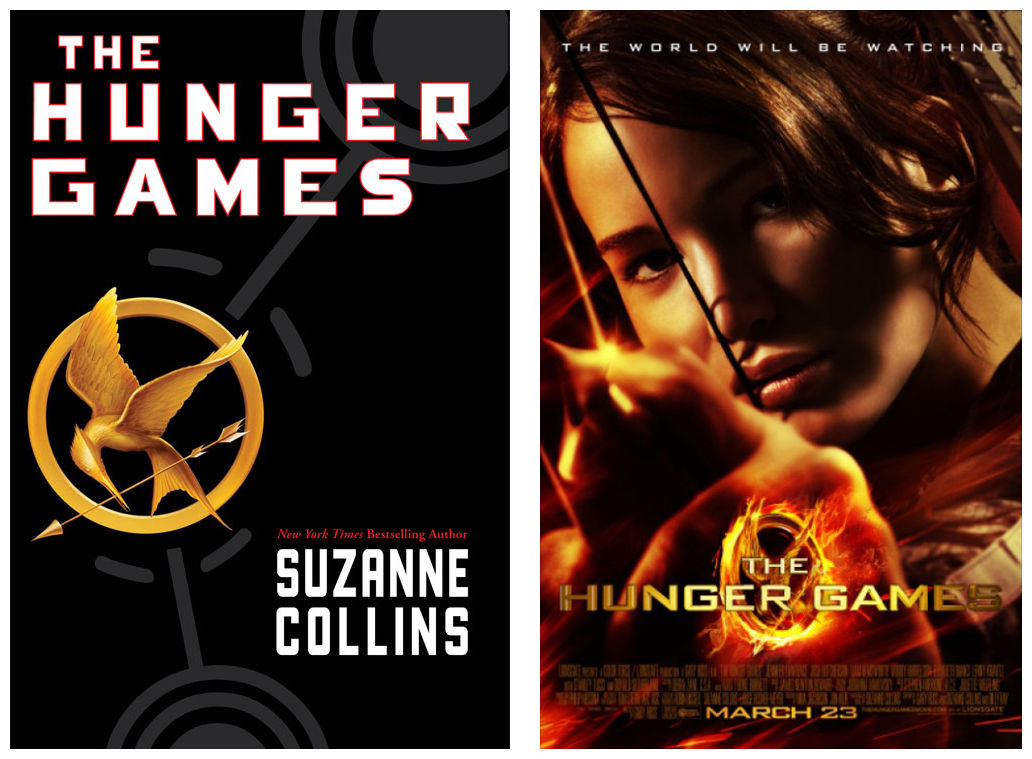 I love a good book. Better yet I love a great book. There is nothing better than getting whisked away into a different realm and experiencing things that you will never have the opportunity to in real life. Unfortunately, books don’t always get the endings right. Have you ever devoted hours and hours reading a book only to find yourself let down at the end of the story because of the way that it ended? I have. Luckily, in this day and age there is an opportunity for redemption with movie adaptations. Making a book into a movie is often the perfect recipe for success and almost a guaranteed moneymaker for those in the movie making business.

With books to movie adaptations becoming a norm in the movie industry for some time now, there is also an opportunity to get things right in the movie that the book didn’t, especially with the ending. I’ll give an example of a book turned movie that got this right. Spoilers ahead.

A Case for Movie Version Ending

Take for instance, the Twilight movies. Now don’t moan and groan just yet because we all know that you saw them with your girlfriend or maybe you went by yourself in your hoodie to mask your identity. I had read all the books before seeing the movies and I was disappointed by how the last book ended. Basically it came down to a good guy versus bad guy moment. The battle lines were drawn and the two groups of vampires and werewolves faced off for what was supposed to be an epic brawl with certain death looming on the horizon. Turns out there was no fight and everyone went away peacefully and unharmed. Call me a dude or a war mongering man, but I was disappointed that there wasn’t more of a conflict and resolution in the final moments of the book. For goodness sake, the whole book was pieced together with the idea of this big battle at the end and then there was nothing. It was literally like eating a cream filled donut and finding out that there was no cream in it. Disappointing, right?

The movie had a chance to get it right though and at the end there was a big fight scene and a big twist that literally had me clinching the seat at the theater wondering what the heck was going on. That was a great call to make- changing up the ending. Otherwise the movie would have been as much of a drag as the books.

When the Movie Fails Us Too 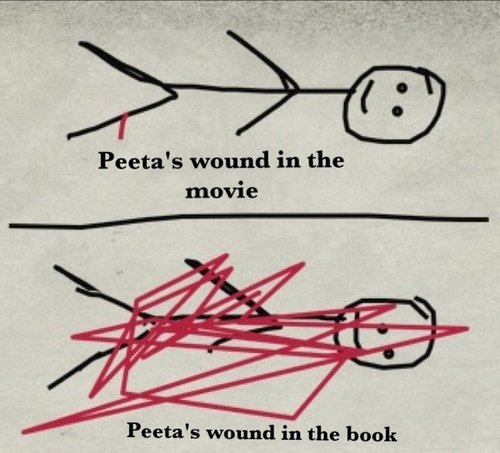 I now will give an example of a movie that didn’t quite get it right and went right off the cliff with the book’s ending and that was the Hunger Games trilogy and more specifically Mockingjay, which is the final book in the set. In the last book, Katniss Everdeen, the protagonist in the book and film, battles her way to the capital to take out the evil President Snow. She plans on ending his reign of tyranny and hopes to get revenge for all that he has done to torture her. The whole book is based upon this narrative and follows Katniss and her fellow comrades as they march to the capital to beat Snow, and many of them die along the way. Then out of nowhere, the rebel army that they were associated with shows up, sieges the capital, and they win the battle. Pretty much all the action that Katniss took to get to the point of defeating Snow was irrelevant and there was no point to her story at all because what she did had no effect on bringing down Snow and his legion. What the heck, right? It becomes a meaningless and unfruitful telling.

I thought maybe the movie would get it right and make all Katniss went through a little bit more relevant and helpful in bringing down Snow, but to my dismay nothing changed and her journey was once again useless. There are many other examples where movies have gotten the ending right and also examples where they have gotten it wrong by sticking with the book. I’m not always a fan of adapting books into film because I want to see more originality on the screen, but I don’t despise it either. In fact, like I said before, it can be a way of making right what was done wrong and please the fandom at large.

The iTunes 99 Cent Movie of the Week: ‘The Assassin’