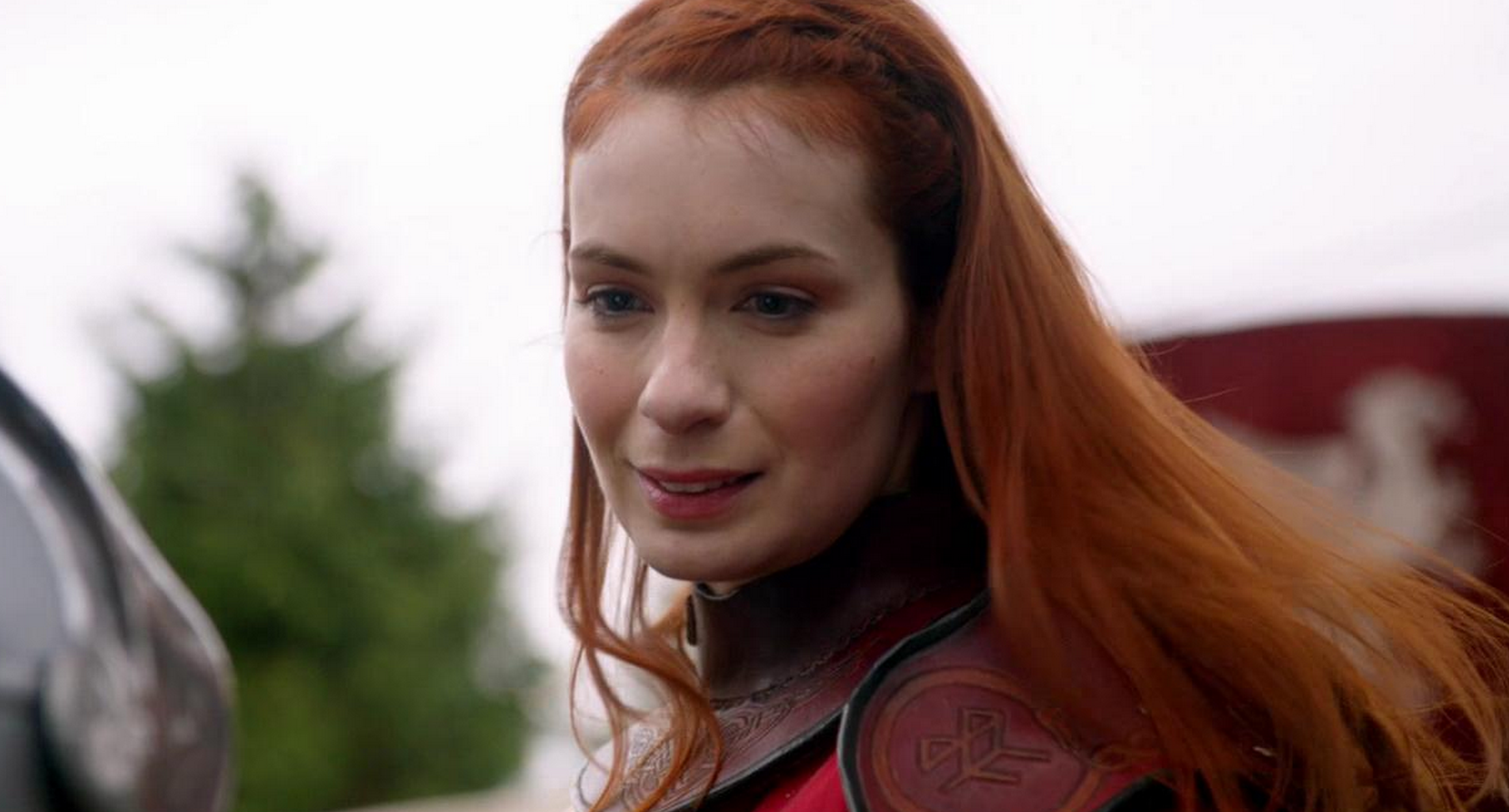 This is not a spoiler. Okay, maybe a little one, but Felicia Day posted it on Twitter, so the Black Tabby Cat is out of its carrier. That’s right. Felicia Day has been filming on the set of Supernatural. 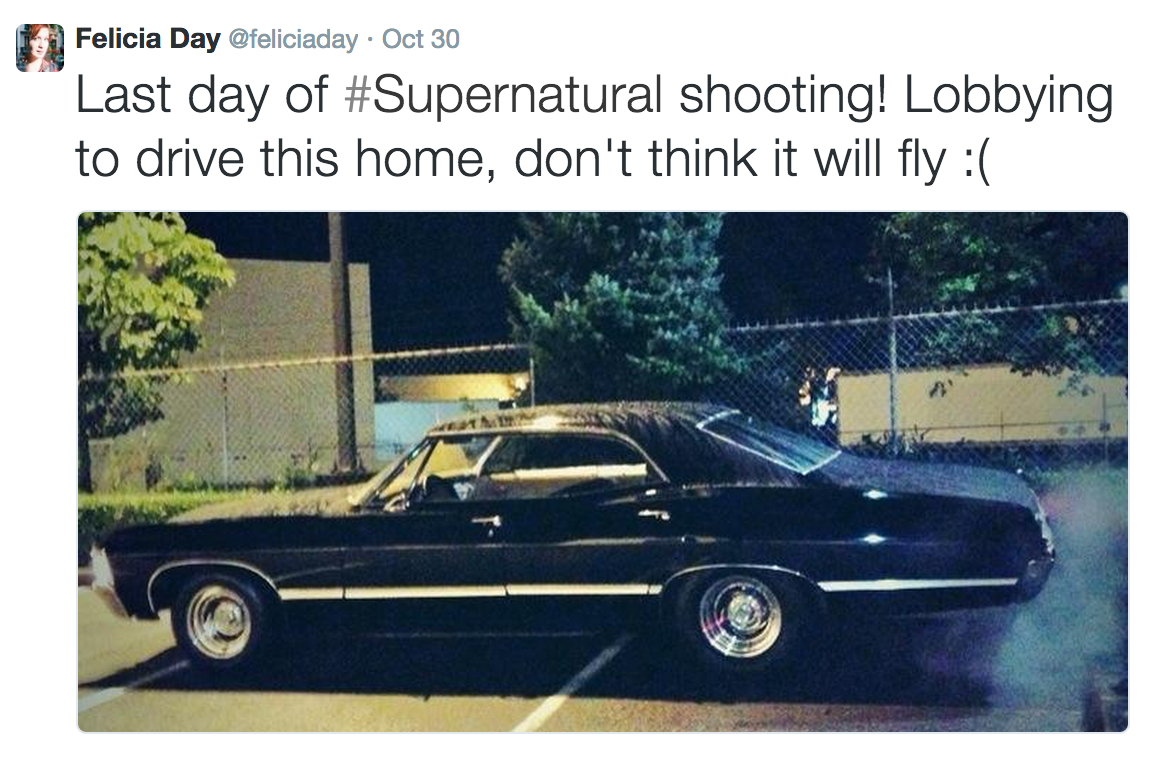 Did you really think you had seen the last of Charlie Bradbury? The LARPing, computer tech, geeky character is too good and lovable to keep from making a come back, and we can expect to see Felicia Day reprise the role sometime this season.

Charlie Bradbury has been a recurring character in Supernatural since season 7, and each episode she appears in we watch her character grow and we get to see a little bit more into her backstory.

Last time we saw Charlie, it was in the Season 9 Slumber Party episode when Dean and Sam call on Charlie to hack an old computer in the bunker and she ends up freeing Dorothy, bringing The Wizard of Oz realm into the Supernatural storyline. Together, the boys, Charlie, and Dorothy team up to battle the Wicked Witch.

Charlie then decides to join Dorothy in the Land of Oz to clean up what remains of the Wicked Witch’s alliance. How far Charlie Bradbury has come since meeting Sam and Dean – from a reluctant sidekick to a full on adventurer, finally finding her hero’s quest.

The Supernatural team is being extremely secretive about when Charlie will make her reappearance, or in what context. However, Supernatural writer Robbie Thompson did give Comic Book Resources a little insight.

“All I can really say is Charlie definitely comes back from Oz and she’s brought back something that’s pretty scary. She’s going to have to confront it with the boys.”

She’s brought something back from Oz? Is it the flying monkeys? Guess we will have to wait, impatiently.

I was really hoping Day would make her reappearance in the 200th episode, which will be a musical – or rather an episode with several musical numbers – so we could see her sing some more. But it looks like future episode titles have leaked and sources speculate Charlie will appear in an upcoming episode fittingly titled There’s No Place Like Home.

For those wondering if the return of Charlie will be another Dean and Charlie show – the two do have a great dynamic – Robbie Thompson did go on to tell Comic Book Resources that he would love to see her in scenes with other characters, like Castiel or Crowley. This is not a definite answer, but Thompson does promise we will get see Felicia Day’s character grow even more.

Supernatural airs on the CW, Tuesday’s at 9pm EST. You won’t want to miss the 200th episode, which will be this Tuesday, November 11th.