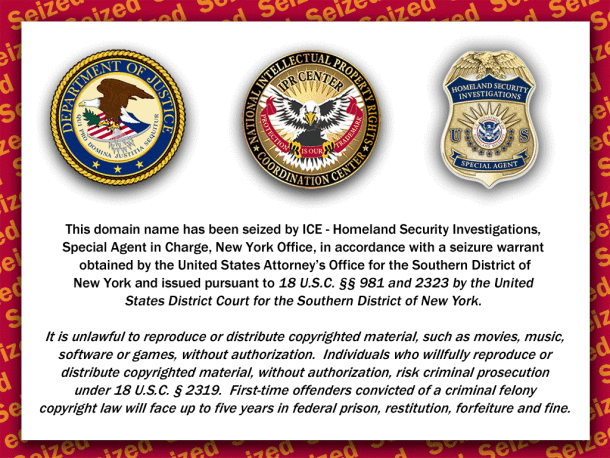 While it may seem like the U.S. Government should be putting piracy offenders behind bars as a part of their ‘cracking down’ campaign, it looks as though they have decided to let one of the more well known sports-streaming site operators off with a stern warning and a heavy fine.

Back in 2011, you probably remember the shenanigans with the internet-streaming site ChannelSurfing.net that was allegedly involved in breaking copyright laws. Finally, the Feds intervened and shut the site down. Not only did they kill the site, but they arrested the owner and operator, Brian McCarthy.

Since then, McCarthy has been the poster child for everything NOT to do with your internet site. Now, it seems as though the Feds have struck a deal with his lawyer which will keep him from going to jail for an extended period of time. In a deferred prosecution memo that was written by U.S. Attorney Preet Bharara stated:

After a thorough investigation, it has been determined that the interest of the United States and your own interest will best be served by deferring prosecution in this District. Prosecution will be deferred during the term of your good behavior and satisfactory compliance with the terms of this agreement.

It is still a mystery why the U.S. Government has decided to let McCarthy off the hook so easily. According to the agreement that was reached on his behalf, McCarthy will have to remain on good behavior, get a job that doesn’t involve illegal actions and of course, steer clear of the internet-streaming industry as a whole. Along with the desirable actions, he is going to have to pay back all the money he made on the ChannelSurfing.net site which amounts to a whopping $351,033.

Even though McCarthy isn’t getting away scot-free, it is still odd that he is being relieved of jail time. Think this is a strange scenario? Sound off in the comments below!