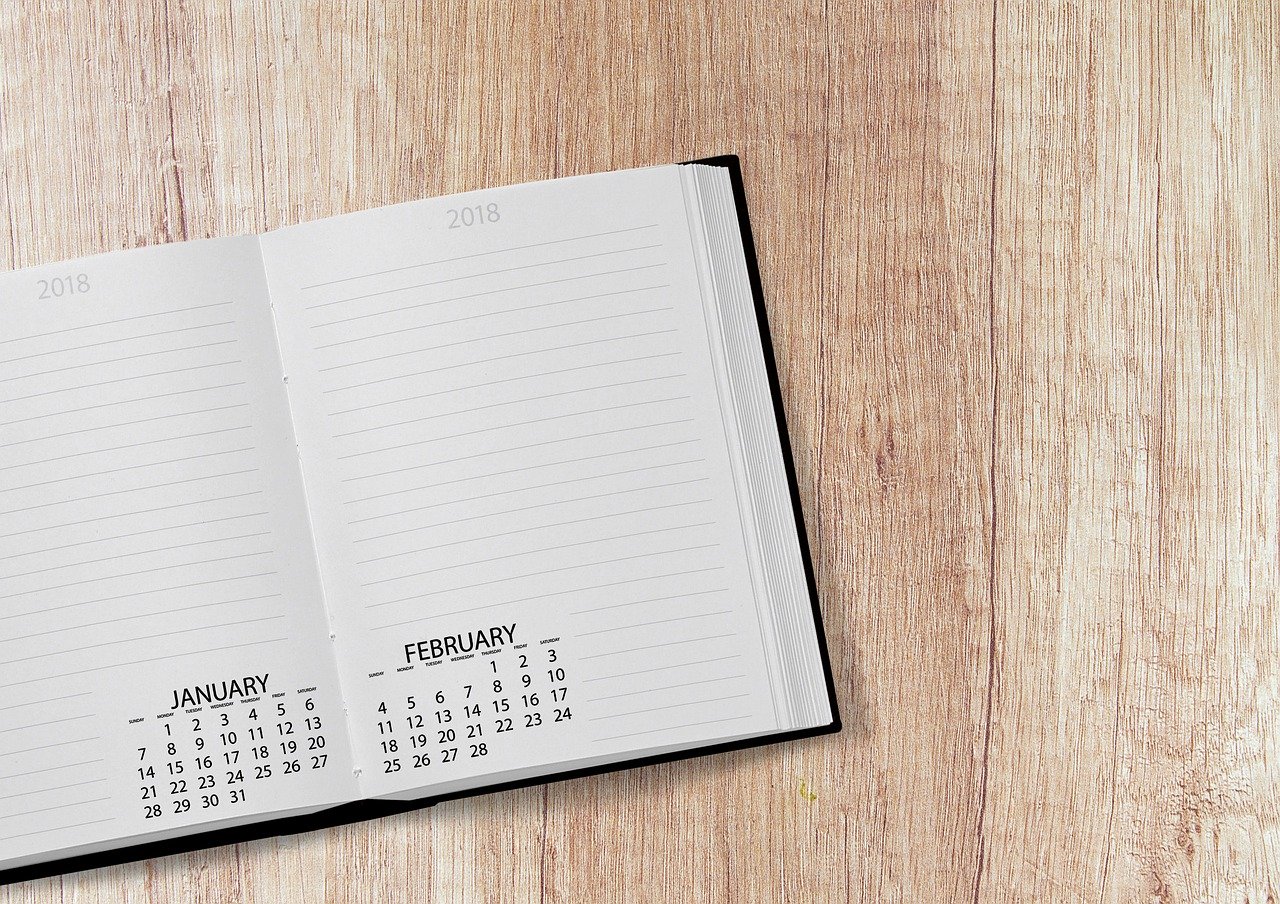 It seems that people love to find things to celebrate every single day. And why not? If anything, you’ll have this February guide of interesting information to start conversations, stun people with useless knowledge and have a reason to mark the day as something special.

From interesting to mundane, ancient fact or trivia, there’s a little something for everyone to celebrate something in February 2020.

I scream, you scream, we all scream for ICE CREAM! What a great day when it’s Ice Cream for Breakfast Day.

An American icon turns 56-years old today. That’s right! G.I. Joe was launched on this day in 1964. Today also marks the 71st anniversary of the first 45 RPM record being released. Bonus points if you know what it was!

Warm up your fingers to stroke some strings. It’s Play Your Ukelele Day. While you’re at it, sing gentle tunes for Punxsutawney Phil. It’s Groundhog Day and we do not want six more weeks of winter.

Today is often referred to as The Day the Music Died. On this day in 1959, Buddy Holly, Ritchie Valens, and JP ‘The Big Bopper’ Richardson were killed in a plane crash, along with the pilot.

If that’s a bit of a bummer, you can celebrate with their awesome music and snack because it’s Carrot Cake Day.

Hey Geek Girls and collectors! Today marks the original release of Snow White and the Seven Dwarves (1938), and in 1959, Ruth Handler invented the Barbie doll.

But wait, there’s more. Time to hang out at the mailbox. It’s Thank Your Mailman Day. For foodies, it’s also Stuffed Mushroom Day, one of my favorite appetizers. Do we have geeks that collect recipes?

Today is National Weatherperson’s Day. That’s got to be a great job. I mean, where else can you be wrong most of the time and still have a job? On another note, as much as I love Jim Cantore, I never want to meet him while I’m on vacation. Just sayin’.

Today is Lame Duck Day. No, it’s not a bunch of ducks hobbling around on crutches. It’s actually an unofficial holiday honoring people who are on their way out of a job or political office. With 2020 Elections in November, I wonder what the Vegas odds are one some of these incumbents?

Interesting fact: On this day in 1971, Alan Shepard was the first man to hit a golf ball on the moon. Kind of makes me wonder where that sucker landed. In Shepard’s words it went for “miles and miles and miles.”

Oh God, NO! Don’t tell Matt but today is Work Naked Day. Note: This special day is celebrated on the first Friday of February. Mark all future calendars and get your freak on… just remember that your webcam is probably watching you. It’s also Send a Card to a Friend Day, which sounds really nice, actually. When’s the last time you received an actual card in the mail?

For our Geeks who love numbers. February 7 marks e-Day. But, what is it? e is a mathematical constant with a value of 2.7182818. Celebrated on February 7th because 2/7 corresponds to the first two digits of the constant.

Today is Laugh and Get Rich Day. I got excited about this because I could laugh if it meant money in the bank, but ‘Rich’ is short of enrich. Talk about click bait! Granted, there are a lot of great reasons to laugh. Burning calories is one of them. I guess there’s something to the saying, “Laugh your ass off.”

Toothache Day doesn’t sound like anything I want to celebrate, and indeed we don’t, but this is a great reminder to schedule a dental check-up and keep those geeky teeth healthy.

It’s a task that I don’t particularly like to do, but one that needs constant maintenance. Today is Clean Out Your Computer Day. It’s a good reminder to back up your files, clean the cache, and, for goodness sake, when’s the last time you actually cleaned your keyboard and mouse?

Will you be my friend? It’s shameless self-promotion but today is Make A Friend Day and a wonderful opportunity to follow each other and put the social back into social media. You can find me on Twitter @merej99 and don’t forget to follow Geek Insider @geekinsider.

Some Geeks absolutely love inventing things and today is YOUR day. It’s National Inventor’s Day, which also happens to be Thomas Edison’s birthday.

Today is also Don’t Cry Over Spilt Milk Day. It’s not literal (though it could be). Basically, this is just a reminder to let go of regrets. Which circles back to making friends; an action that you definitely won’t regret.

Not to be mistaken with the Darwin Awards, today is Darwin Day to celebrate Charles Darwin’s birthday. He’s the granddaddy of the Theory of Evolution and Natural Selection. To celebrate, maybe go to a museum and look at some ancient dinosaur bones, but please, don’t do anything to receive a Darwin Award. Huh… Maybe there is something to that natural selection thing. Carry on then.

Today is World Radio Day. I’m certain that we have some Geek readers who are amateur radio ARRL members. What’s your handle?

It’s the day before Valentine’s Day and single people are stressing out about not having a mate. Well, that was solved in 2010 during Season 2 of Parks and Recreation when Galentine’s Day was born. Geek Girls gather to celebrate the platonic relationships in their life. We made it a National Holiday. LOL

HAPPY VALENTINE’S DAY! Thank you for giving Geek Insider some love. We love you too.

While we’re talking about love, today is also Library Lover’s Day. What a great opportunity to go visit your local library, volunteer, or thank a librarian.

For the Geeks who love U.S. History, today also marks the day Arizona became a state (1912).

They’re chewy, gooey and delicious. It’s Gumdrop Day. One way to celebrate is to make a yummy cake and use them for decorations or just enjoy them because they’re delicious.

Interesting: On this day in 1923, King Tutankhamen’s burial chamber was opened.

Even grouches need love and today is Do A Grouch A Favor Day. Sometimes we get into funky moods and just need a laugh. Well, now’s your opportunity to make someone’s day a little bit better.

Following Do A Grouch A Favor Day is the Random Act of Kindness Day. I’d love to hear what you practice. One year I gave out Tootsie Pops to strangers. Give someone a compliment or leave an extra generous tip.

We could probably use this as a PSA. It’s National Battery Day and a great time to replace the batteries in your smoke detectors and carbon monoxide monitors. It’s not geeky or fun, but it’s important.

For any gearheads and NASCAR fans, today also marks the death of Dale Earnhardt, Sr. in 2001 on the final lap at the Daytona 500.

Chocolate purists will completely reject this but today is Chocolate Mint Day. I personally think this is the most amazing combination of flavors ever. What is life without Girl Scout Thin Mints? Seriously!

Classic movies are part of the Geek culture and “African Queen” starring Humphrey Bogart and Katharine Hepburn had its U.S. release in New York City in 1952.

Going back even further, Gioacchino Rossini premiered his opera “The Barber of Seville” on this day in 1816.

Danny Elman won a Grammy Award for Best Instrumental Composition on this day in 1990 for “The Batman Theme” during the 32nd Annual Grammy Awards.

On this day, 1995, Steve Fossett was the first man to fly solo across the Pacific Ocean… in a balloon.

Celebrated on the last Saturday of the month, I’m going Do not do this unless you are a trained professional. It is World Sword Swallowers Day. Now, if you actually ARE a sword swallower, we want pictures to share on Geek Insider! Seriously. Send pics to matthew@geekinsider.com

Today is also World Thinking Day. Geeks definitely think and have strong opinions. And while you’re deep in thought, think about Dolly. In 1997, Scottish scientists successfully cloned a sheep.

On this day in 1996, the U.K. and Ireland released “Trainspotting”, a movie directed by Danny Boyle, and starring Ewan McGregor, Robert Carlyle and Jonny Lee Miller.

Today marks the strange death of Laura Palmer when she washed up on the beach near the small town of Twin Peaks, which led to an FBI investigation. Yes, it’s Twin Peaks Day, but I bet I didn’t have to tell some of you Geeks about that.

If that was a little too morbid, then break out the salsa and guacamole, get your sombrero and enjoy National Tortilla Chip Day.

Music Geeks will enjoy this little highlight. On this day in 1957, Buddy Holly and the Crickets recorded “That’ll Be the Day.”

It’s Tell A Fairy Tale Day. Come on Geek readers, chime in and tell me what your favorite fairy tale is. We want to hear from you.

“Pika? Pikachu!!!” It’s Pokémon Day. Created on February 27, 1996, Pokemon is 24-years old today. Who is your favorite Pokémon character; better yet, do you have pictures dressed as a Pokémon? We want to see them.

Time to invoke your inner Captain Obvious or share your favorite Yogi-ism. Don’t have one? No problem! Share a life hack that makes us say “Why didn’t I think of that?!” It’s No-brainer Day.

For our Earth-conscience Geeks, today is International Polar Bear Day. It’s a day to remember the plight of the polar bear and the danger of disappearing ice shelves and natural habitat for these majestic creatures.

This could be really fun. It’s Public Sleeping Day and we want to see some pics of strange public places that you’ve “slept”. Don’t be stupid and earn a Darwin Award or a trip to jail, but be creative and have fun!

On this day in 1940, Hattie McDaniel became the first African-American woman to win an Oscar for her role in “Gone With The Wind”.

Answer for February 2 question what is the first 45 RPM record release: “Texarkana Baby” by Eddie Arnold (1949)