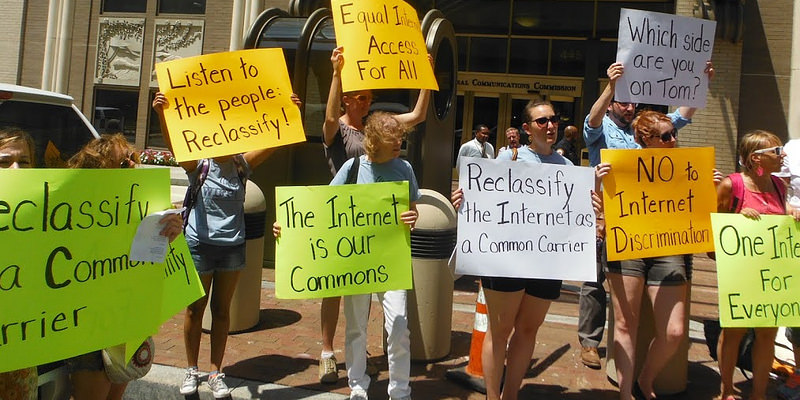 The Federal Communications Commission (FCC) announced yesterday that it will extend the deadline for public comments on a net neutrality proposal. The extension resulted from an overwhelming volume of comments sent in before the initial deadline, said the FCC in an official statement. This Friday (July 18th) is the new deadline to submit comments on the proposed net neutrality plan on the FCC’s website or via email at openinternet@fcc.gov .

What is the proposal?

Initial FCC proposals on net neutrality, aka “open Internet”, have been met with much criticism. A primary issue is the practice of charging content providers more to increase the speed of their sites and services through a particular internet service provider (ISP). For example, Comcast could strong-arm Netflix into paying more to have its services and website load faster. These deals, nicknamed “fast lanes”, are viewed as inherently unfair and even classist by proponents of net neutrality because they would create a divide between who could afford better-working internet and who could not, a potentially significant disadvantage in today’s networked world.

As expected, ISPs are fighting net neutrality tooth and nail. Content providers, on the other hand, are on the side of the people. The Internet Association, a lobbying group composed of Amazon, Facebook, Google, Twitter and other Internet/tech heavyweights, has submitted official comments to the FCC in opposition to the ISPs and in overwhelming support of net neutrality.

Allowing Internet “fast lanes”, says the group, hurts the market by making it difficult for some people to use certain services, causing them to withdraw their business or never sign up in the first place. If, say, YouTube was exceptionally slow for Verizon internet users, those users may choose to not go on the site because of the poor speeds. That is, of course, unless YouTube (or more specifically, Google) pays up for Verizon to make YouTube an adequately speedy site. See the problem?

Now think about how this could affect consumers. Aside from the pop culture loss at being unable to fully utilize certain sites like YouTube or Netflix, imagine the potential impact on productivity and jobs. Want to network on Twitter? That’s difficult when you’re constantly refreshing the page. Need to look up info online for your job? Have fun going at a glacial pace. If you’re on the lower end of this Internet hierarchy, you could be inadvertently made to be less productive than your “fast line” counterparts, by no fault of your own.

Smaller Internet content providers, too, would be hurt by this system. Netflix or YouTube may be able to pay the fees to keep their services speedy, but what about the little guy? Suddenly, you have to be a multi-million dollar corporation just for your service to function properly. What kind of economy is that?

The issue of net neutrality is clearly a contentious topic among Americans, so much so that the flood of comments to the FCC website has actually created a bit of a virtual traffic jam:

“Not surprisingly, we have seen an overwhelming surge in traffic on our website that is making it difficult for many people to file comments through our Electronic Comment Filing System. Please be assured that the commission is aware of these issues and is committed to making sure that everyone trying to submit comments will have their views entered into the record.” – FCC press secretary Kim Hart

Over 780,000 comments have been received as of the original Tuesday night deadline, according to the FCC.

You can submit your comment on net neutrality here, or learn more at Fight For the Future.