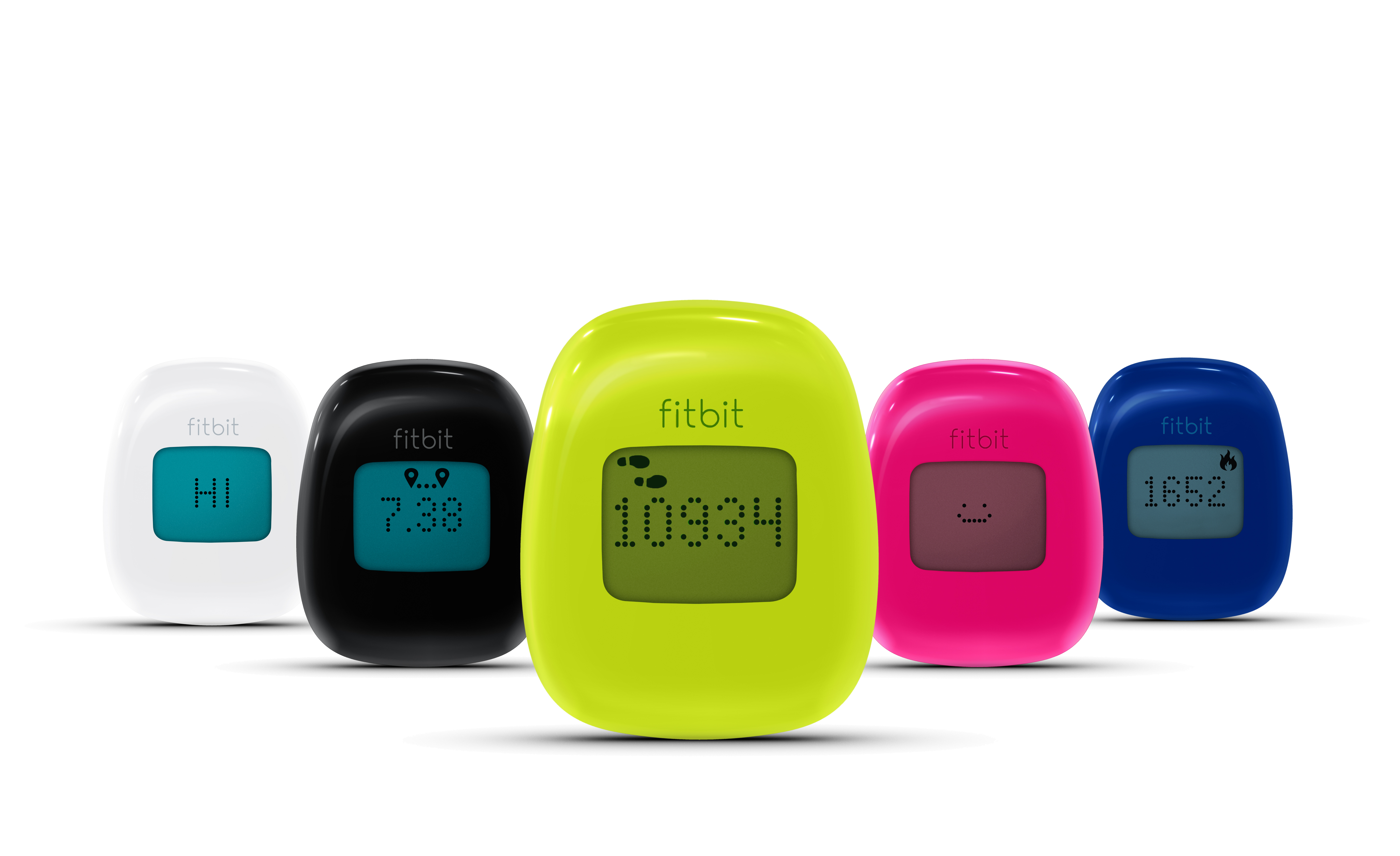 Okay, so I will say that I am a sucker for fitness/weight-loss related gadgets. I love apps like MapMyRun, Learn To Run, and Workout Trainer. So when I heard about Fitbit, a fitness gadget with various bells and whistles, I knew I had to give it a whirl.

So what is the Fitbit? It is basically a pedometer on steroids. It tracks your steps each day, flights of stairs climbed, calories burned, and even offers motivational words (“Go Tenille”, “Climb It, Tenille”…you can turn these off). But it does much more than your average pedometer.

The Fitbit kit comes with the Fitbit itself (obviously). The device is small, about the size of a thumb drive. This is great because it doesn’t get in your way and you’ll find yourself checking to see if it’s still there; not because it falls off, but you really just forget that you have it on. It’s also sweat proof, but not waterproof, so don’t hop in the pool with it attached anywhere.

In addition to the device, the kit comes with a protective case with a really sturdy clip. Most of my complaints with other pedometers revolved around the clip. Most clips are really flimsy and don’t fasten in a secure way, especially for running. It’s true that running a bit, stooping to pick up my pedometer, running again, and repeating that process for 30 minutes does produce a tiring workout, but it’s certainly not ideal. This is not an issue with the Fitbit. You can clip it onto your pants and even skirts because the clip really keeps it in place. For the ladies, you can also fasten it to your bra if you would prefer to keep it discreet and avoid annoying questions.

You will also get a USB chip that you leave plugged into the computer that allows for wireless syncing when you get into range of your wireless internet connection, a charging dongle, and a wrist wrap that holds the Fitbit while you sleep.

The battery life of the Fitbit is impressive. I’ve had it for two weeks now and I’ve only had to charge it once. Charging is really simple though. You use the USB charging dongle, place the fitbit in the prongs, play a video game/read a book, and in two hours, your Fitbit will be good to go.

One feature that makes this pedometer feel very impressive is the sleep-monitoring feature. When you sleep, you place the fitbit into the wrist wrap and hold the button until it starts the recording process. However, the wrist wrap definitely takes some getting used to because you’re very aware that you have something on you and occasionally, the Velcro-fastener will get caught on my sheets and make that awful Velcro-removal noise. Not a deal breaker though because I still find myself putting it on night after night because the data I get from it makes it worth the trouble.

Which brings me to the online portion of Fitbit that makes it a really cool gadget. If you go to here and sign-in to your account, you can see all of your data stored in your pedometer. You get an actual visual representative of your activity levels, calories burned, calories consumed (you can log the foods you eat and it stores that information there), the amount of water you drink, and the quality of sleep. It even allows you to sync your workout data to other apps, such as MapMyRun.

After my first day of using the Fitbit, I was surprised, and a little saddened to see that I only walked 3,000 steps and woke up 17 times throughout the night. No wonder I’m exhausted most days, my nights are spent tossing and turning!

It also makes you incredibly aware of your inactivity. When I’m having a lazy day, I can always justify gorging on Snyder Hot Buffalo Wing/Buttermilk Pretzels and watching LOTR for the millionth time because I’ll remember how “active” I’ve been through the week. With the Fitbit, you can’t lie to yourself anymore.

For example, last weekend, my boyfriend, Matt and I spent an entire Saturday with the blinds drawn, the projector on, and playing The Last of Us. I was truly horrified when I looked at the Fitbit at 8PM that evening to see I had walked a pathetic 300 steps. We went for a walk right after that grisly discovery.

You may be asking yourself, does it help you lose weight? Not yet. As I said, I’ve only had it a couple of weeks and while it gives me all the information to help me understand WHY I’m not losing weight, it hasn’t inspired me to make healthier food choices just yet. I will share my thoughts on the ab belt I just tried out, personally I believe it’s the ab belts of 2017 that we have to be looking out for, today’s stock still needs some improving.

Overall, this is a really cool device. It makes keeping up with your fitness levels simple, concise, and provides a nice overview of your habits. The price tag seems a little steep, coming in at $100, but if you want a sturdy, easy to use fitness tool, you should definitely check out the Fitbit.