It’s been awhile since I reviewed any Android game, that’s probably because I didn’t find any game to be as interesting as worth a full review. However, the New Tiny Thief game by Rovio is definitely worth it.

Tiny Thief offers a cute storyline along with its well balanced strategy based puzzles. This isn’t an Angry Birds competitor in any way but Rovio has managed to bring out something surprisingly fresh into the market.

The gameplay is completely new and unique for a Rovio game. Tiny Thief offers a point and tap controlled adventure that’s filled with a lot of fun challenges. Your goal is to guide the Tiny Thief around to help take some goods from the mean soldiers and other authorities and give it to the needy, a la Robin Hood. 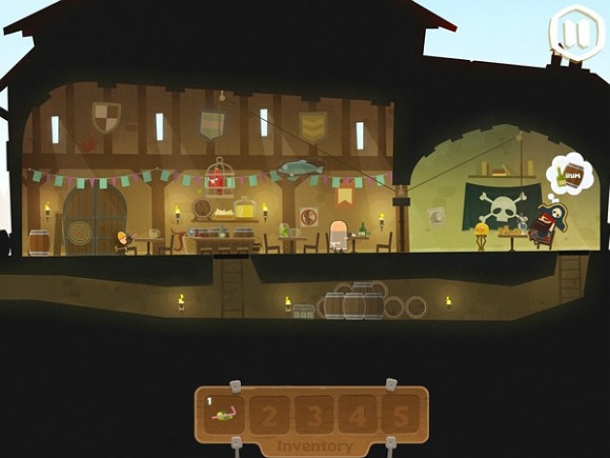 Puzzles can be solved in a simple manner by just tapping and interacting with different objects throughout the area. When you come across an object that can be used or interacted with, a command prompt will appear which will let your interact with it.

The game may sound easy to you but honestly, some levels are quite challenging. You have to rely on trial and error tactic to overcome the difficult challenges. You have to wander around to see where Tiny Thief can actually affect the environment.

You can also activate the hint system that will guide you around the world but there’s a catch, it can only be activated once every four hours, so most of the time you’ll be on your own. You will not need the hint system mostly, at least not until the third world.

To add an extra flare to the gameplay, developers have also included extra incentives to collect alongside the main storyline. One of which includes a mini game of finding your pet on each level. Honestly, it doesn’t add much to the storyline but nevertheless it’s good fun. 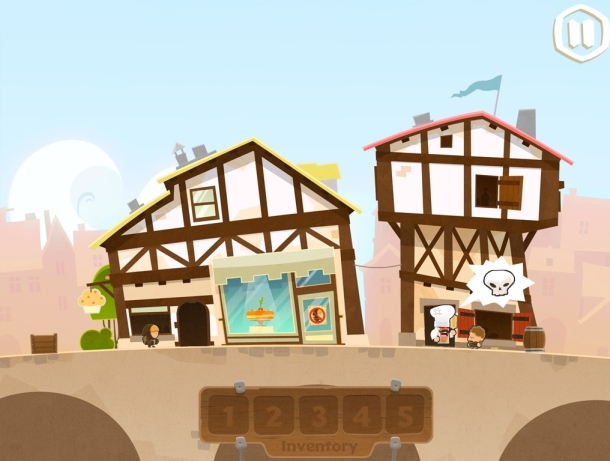 Tiny Thief offers the best graphics as you would expect from a Rovio game, it’s not high-end 3D, no Sir! But the cute animations, detailed environments, sharp colors just make it a real treat, an actual eye candy. The game will feel like a kids book with cute cutscenes after each level, exactly what we expect from Rovio.

Tiny Thief is a well polished game and the main thing that we love about the game is the character itself, the Tiny Thief. Tiny Thief (the protagonist) is a cute pint-sized kindhearted thief that will even put Robin Hood to shame with its sheer cuteness.

It’s the attention to small details that makes Tiny Thief stand out from the rest of the games. The gameplay makes it a pleasure to play through even when some levels start to annoy you.

The only thing the game is missing so far is the number of levels, don’t be fooled, there are many levels but once you start the game you’ll be hooked to it and you’ll be wishing for extra levels and worlds.

Tiny Thief is a Big Hit

Despite the it’s flaws, Tiny Thief is a fun filled charming adventure that deserves a try. The gameplay makes it a must have, so if you’re looking for a fun puzzle game with cuteness overload, then Tiny Thief is the way to go.