Home Entertainment How Far Can You Go: Why You Should Be Binge-Watching Fargo
Entertainment

How Far Can You Go: Why You Should Be Binge-Watching Fargo 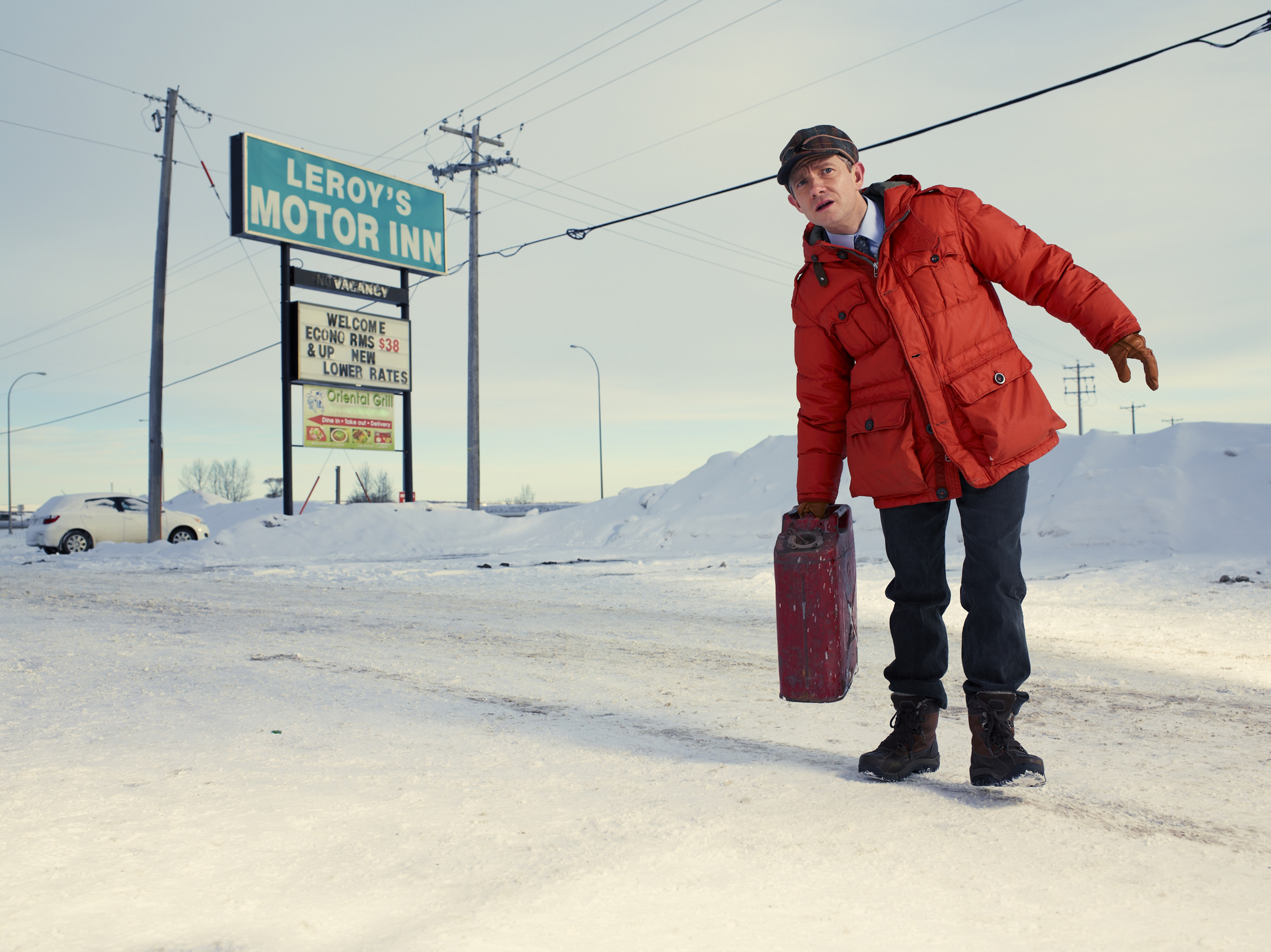 Fargo and its first ten-episode season is more akin to a film–a really long ten-hour film. It’s time for a new wave of viewers ready for the hunt, now that the first season is at its end.  The show’s dark and slow-churning nature allows for it to take its time transforming decent characters into animals. One may not be the same after finishing the series.  But that’s okay, let’s dive into what makes this show so binge-worthy.

Fargo, created and written by Noah Hawley, shifts away from Joel and Ethan Coen’s original film of the same title, while at the same time paying homage to the Coens’ distinctive style and grit.  Hawley’s Fargo focuses more on steadily building anxiety and darkness within its world and characters. But it’s important to note that the show doesn’t fall short in satire and comedy.  Binge-watching Fargo will allow this new batch of viewers to better absorb the parasitic-evil better than if you waited a week between each episode.  It’s better to just take it all in at once, and hopefully there won’t be any side effects.

The story revolves around a drifter, Lorne Malvo (Billy Bob Thornton) who lands himself in Minnesota, where he makes the best of the situation and infects Lester Nygaard (Martin Freeman)- a hen-pecked insurance salesman – with the idea of murder. Consequently, and despite his feigned innocence, Lester’s actions lead Officer Molly Solverson (Alision Tolman) to endlessly pursue the insurance salesman with the help of single-father Officer Gus Grimly (Colin Hanks).  Malvo doesn’t just alter Lester’s identity; he spreads chaos throughout the whole town just to see how far he can push someone to go.

These events take place in January 2006, under the show’s fictitious promise that the story mirrors true events. This odd white-lie branded on every episode allows the story to breathe as if it weren’t a show but its own entity.  Not all of the characters’ story arcs will work themselves out, and there’s a lot of mystery in the show that won’t be hashed out.  Which, in short, is sometimes how life works out at least in Fargo

Fargo’s landscape acts as its own character, with its ever-present blizzards and animals alongside the shows impressive lineup of actors. Whether major or minor, each character presents a new and intriguing persona while still paying homage to the Coens’ original film. Take Mr. Wrench, for example; a burly hit-man (Russell Harvard) who just so happens to be deaf, and yet presents so much intimidation and physicality without saying anything at all. Needless to say, he fits right into the Fargo universe.

There is a feral nature to the show that makes it so raw and honest. Evil unfolds but so does good. Even the contemplative Molly possesses a certain ruthlessness that is masked under an attentively-knitted brow. She doesn’t waver under the scrutiny of her coworkers, who in a sort of touching and naive way, can’t seem to accept the idea that one of their own could be a killer.

The show is something of an enigma which for a viewer is both exciting and refreshingly frustrating. The characters stray but at times parallel the original film’s characters, so watching can sometimes turn into a maddening game of “who’s who” when attempting to link the Coens’ original characters with Hawley’s. When binging on Fargo, it’s important to let the characters go their own way. One could connect the Coens’ Marge to Hawely’s Molly, but Molly isn’t Marge; she is just Molly. Honestly, the show might be worth watching just to witness some beloved actors flaunting topnotch Minnesota accents. The show even features It’s Always Sunny in Philadelphia’s Glenn Howerton as a spray-tanned personal trainer turned not-so-very-good blackmailer.

I am not saying that binging on Fargo will completely wreck a person’s humanity after devouring its first season, but the show might put a couple cracks in the sanity department. Pretty soon, it will be three in the morning and the sleep-deprived Fargo-binger will start speaking in broken sentences and riddles.

Mary-Anne is a graduate student, writer, and amateur jogger. She is also an avid potato-lover who watches too many shows with her cat.

Cartoons and Female Characters: Where Are the Animated Shows for Girls?