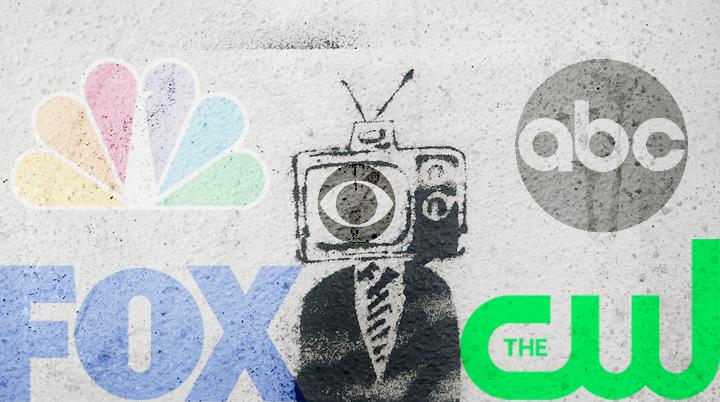 Every fall an epic battle goes down. Most of us witness the brutal struggle and even have a part in determining which opponent emerges victorious, yet we don’t even realize it is happening. Much like the gladiators of old, these warriors fight to the death. Not all are evenly matched: some have strength and brawn, while others fight with wit and ingenuity. Eventually, each will lose. It’s just a matter of who can survive the longest. If you hadn’t guessed already, I’m talking about the new batch of TV shows that premiere every fall. While 2013’s shows are still duking it out, fresh blood will join the fray come this September (or October for the CW). Here are some of the interesting new science fiction and fantasy pilots that are currently in production and may premiere in fall 2014, but try not to get too attached. It’s a tough world out there, and the young and weak may not survive.

Based on a beloved comic book series, this pilot promptly changes everything about it. Despite the alterations, the procedural still sounds unique and promising. The main character is a med student who was turned into a zombie (presumably more in the vein of Warm Bodies than The Walking Dead). In order to survive, she works at a morgue, consuming the brains and absorbing the memories of the dead (definitely Warm Bodies). If they happen to have been murdered, she uses the memories, the medical examiner, and a police detective to help solve the case. Despite the CW’s extensive experience with the undead, this is their first foray into the zombie genre, and of course they made the zombie a do-gooder. 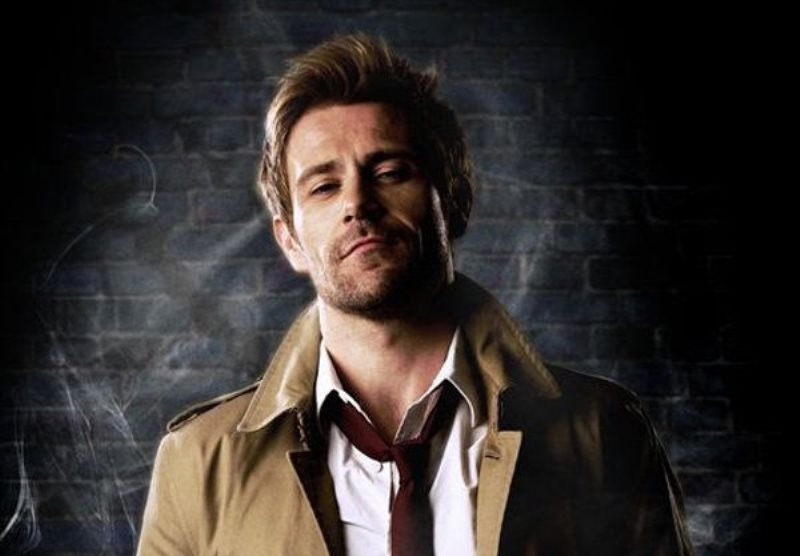 Hopefully the show will do better than the movie, because that film was god-awful. Like the movie, the new series from Daniel Cerone (Dexter) is based on the popular comic books of the same name, starring the titular chain-smoking former con-man (to be played by Matt Ryan) who now spends his time investigating the supernatural. Matt Ryan appears to be quite close to the comic books’ John Constantine, and I suspect that the source material will translate better to the small screen than the big one. The series will also star Lucy Griffiths (True Blood and Robin Hood) and Harold Perrineau (Lost).

While I was doubtful at first about Supernatural’s spinoff, I . . . am actually still doubtful. My caution in embracing this expansion of the Winchester’s world doesn’t mean it won’t be good; I hope I’m proved wrong. The new series will follow the story of a young hunter, Ennis Roth (Lucien Laviscount), as he fights against the five monster families who secretly rule Chicago. Other characters will be played by Nathaniel Buzolic (Kol from The Vampire Diaries), Bryce Johnson (Pretty Little Liars), Sean Faris (Pretty Little Liars), Danielle Savre (Heroes), Stephen Martines (Burn Notice), and Melissa Roxburgh (Arrow).

Unlike the “psychics” from Psych and The Mentalist, the main character of Clementine (played by Sarah Snook and presumably named Clementine) is apparently the genuine article and being stalked by a crazy cult that believes her powers will be used either for great good or terrible evil. With great power comes great responsibility and all that. The pilot was written by Dean Georgaris (Tristan + Isolde), and produced by Mark Gordon (Criminal Minds and Grey’s Anatomy).

We have a serious lack of shows about immortal beings right now, everyone. It’s quite shocking, really. All that story potential, just waiting to be used. The possibilities are truly endless. Why has no one thought of making TV shows about immortals before? Thankfully Matt Miller (Chuck!) has taken it upon himself to help fill this gaping hole in the TV market with a new pilot about the long life of Dr. Henry Morgan (Ioan Gruffudd), an immortal New York City medical examiner.

Who doesn’t like a musical-comedy-fairytale TV show? I don’t know, because I don’t think such a thing has ever existed before. From Dan Fogelman, the guy who wrote Tangled, comes this either very good or very bad idea. The musical show will center on Prince Galavant (Joshua Sasse), who is on a quest for vengeance after his true love was stolen by the king. It sounds quirky, which usually means it will be unceremoniously canceled half way through its second season. Nooo, I’m not still bitter about Pushing Daisies. Why do you ask?

I’m still not sure how to feel about the Arrow spin-off featuring the DC Comic character Flash (Grant Gustin), and I don’t know how to feel even more after seeing the outfit that was designed by an Oscar winning costume designer (the Academy is calling and they want their gold statue back). But I’ll give it a chance. 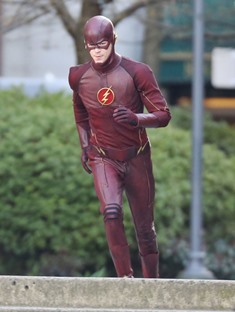 Because everyone wants Batman minus Batman. This Smallville-esque show from the several of the people responsible for The Tomorrow People (definitely consider letting that stop you) has already been ordered straight to series, so somebody is feeling confident. It centers on a young James Gordon (Ben McKenzie) as he finds his way in Gotham City Police Department and solves the murder of Bruce Wayne’s parents. I have a feeling that the pitch went something like this:

Bruno Heller: “Why not?”

And just like that, a TV show was born.

At first glance, Hieroglyph sounded unique, but upon reading the description, I realized it might just be an old formula in a new setting. The main character is a thief (Reece Ritchie) who, after being sprung from prison to work for the Pharaoh, is forced to navigate the usual palace intrigue involving beautiful women, secret plots, and mysterious sorcerers. Surprisingly, this ancient Egyptian fantasy/drama from Travis Beacham has already been ordered straight to series. Congrats, show, you now have a monopoly on the market for ancient Egyptian fantasy/dramas. Oh, and it also stars John Rhys-Davies.

Oz. Again. It’s been popular recently, what with Oz The Great and Powerful, that Supernatural episode, some little musicals I heard about, and Once Upon a Time’s incorporation of Oz into its mythos (because why the hell not? they already have Dr.Frankenstein hanging out with Snow White and the Robin Hood). This already-ordered series from Matthew Arnold and Josh Freidman is about a bloody war that is being fought for the control of Oz and the 20-year-old Dorothy Gale who is caught at the center. Emerald City seems to be a darker take on Oz, and while I’m not sure how well that will turn out, it is at least different from the many, many, many recent takes on the classic tale. Hang on, why did we need another one?