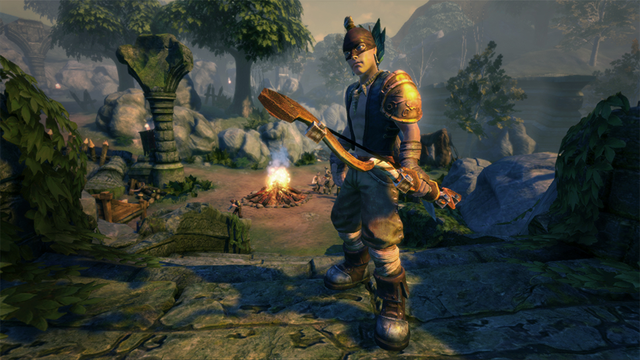 Lionhead Studios has been hard at work creating a visually stunning 1080 HD rendition of an old favorite: Fable. Soon, it will be available in North America, complete with lots of goodies.

Inside each and every limited edition launch box of Fable Anniversary, users will find a code for the Launch Day Weapons and Outfits Pack, giving players access to the following:

Those who snap up this deal will also get a Lion’s Head avatar item. Check out the complete list of outfits and other goodies over at Lionheads’ Blog.

Fable Anniversary will be available on the Xbox 360 February 4 in North America, February 6 in Asia, and February in Europe.