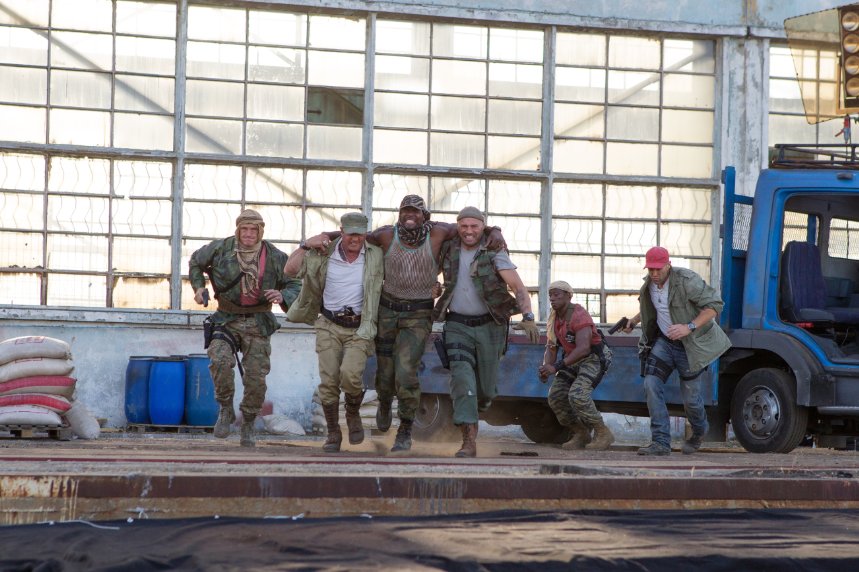 The latest box office showdown claimed yet another blockbuster hopeful as the Expendables went to war with the Guardians and the Turtles. In a not so surprise turn of events, Stallone and the boys went down like erectile dysfunction. While the older generation can’t get enough of Sly’s grunts, Schwarzenegger’s meta-references, and enough bullets, beat downs, and banter that’ll make them pop the collar of a crisp leather jacket and stand out by an old Chevy Nova with a toothpick in mouth, the Expendables have proven to be an old clunker in an age of hybrids and efficiency.

It was a good idea on paper back in 2010 for a reunion of all our favorite stars from sweaty action flicks of the 80s and 90s to finally team up and put an end to an obligatory baddie. In a pre-Avengers era ensembles like Expendables or Red were necessary for these dying stars to remain burning. Since the Marvel assembled cast stormed theatres the collected studios have invested heavily in their own ensembles such as DC’s Justice League, Fox’s X-Men, Universal’s Fast and the Furious and Classic Monsters reboot, and Sony’s Sinister Six in efforts to acquire a piece of that franchise pie, thus building a new age of cinema.

While there wasn’t a question whether Stallone and his aged comrades could still market to the younger demographic with the previous films banking on the initial premise and even on the Chuck Norris fandom, but rather if the weary action stars can stay afloat in a modern world.

The Expendables latest flop defines some aspects of today’s Hollywood. The sea of action flicks is crowded with big budget pictures filled with young and old faces. Some favorites still flourish like Samuel L. Jackson, Robert Downing Jr., and Tom Cruise while a wave of newcomers easily steal the spotlight such as Chris Pratt, Tom Hardy, and Chris Hemsworth. With the Expendables looking to mine your nostalgia for the “good ol’ days” the current trend, for better or worse, is a balance of the old and the new. It is important to recognize some names like Robert Redford and Glenn Close in recent Marvel films because age as it seems is not an issue. However, no more are our movies carried by the weight of a name.

While the Expendables had every variable entered into their outdated equation for a blockbuster success, i.e. explosions, gunfights, and fist fights, it was still devoid of the crucial elements. Most successful franchises today have clever dialogue, appropriate action, deserving drama, and necessary comedy. Though the Expendables and all their ultra-macho antics never had it in mind to appease the snobby pencil-necked critics, audiences tend to hold their movies to their standards as well and aren’t always won over by who’s the next anticipated cameo (Snipes, Gibson, Chan).

Back in the first film the Expendables easily tossed aside Somalian pirates in the opening scene like a pair of panties. It was a smart move on Stallone’s behalf (the writer) because it was reflective of headlines at that time. Jump ahead just a few years and those evil pirates got the best of Barney Ross and his team of one-liners not off the shores but online as the current threat resides in the war of information. Though analysts believe that the leaked movie has not influenced the abysmal turnout it does raise an eyebrow or two, or none in Stallone’s Botox’d case, in regards to future home sales or later installments.

Though the Expendables are far behind with guns blazing and shooting blanks in the franchise race, there is still a possibility for a mid-life spark seen from improvements with the Fast and the Furious. With proper direction and a well written script our favorite action heroes can muscle their way to the top once again. Until then this franchise shows just how much it is huffing and puffing not only to the finish line but at the starting.