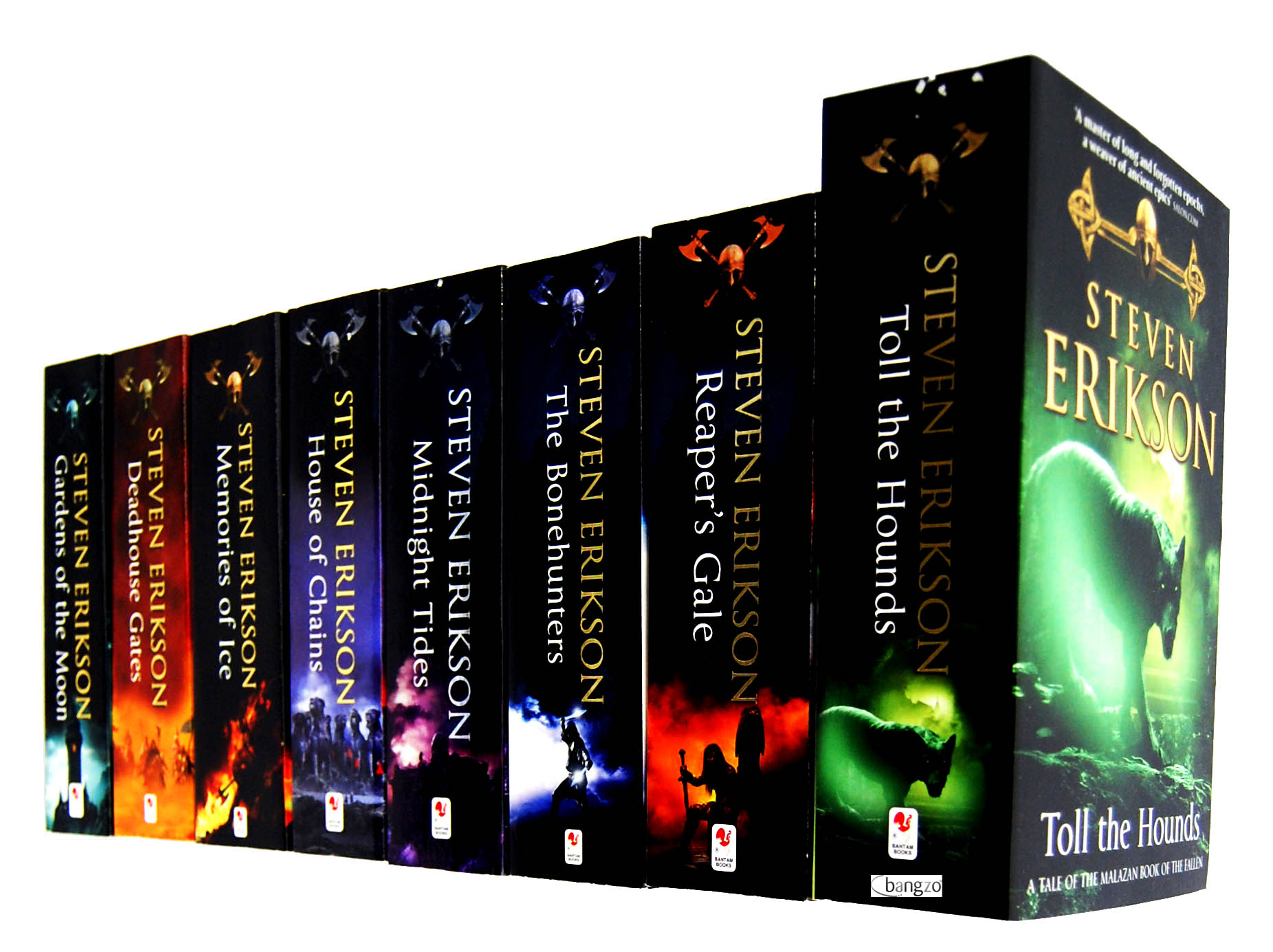 Are you a fan of epic fantasy but don’t feel like waiting another twenty years for Brandon Sanderson to finish the Stormlight Archive? Are you afraid that George R.R. Martin will kick the bucket before The Winds of Winter come out? Then you’re in luck because there is a phenomenal ten book series called Malazan Book of the Fallen written between 1999 and 2011 by Canadian author Steven Erikson.

Malazan Book Of The Fallen

Over the course of 11,000 pages Erikson tells the story of the Malazan empires conquest of the known world through the point of view of dozens of characters ranging from campaign hardened veterans to undead warriors of a lost civilization. Each character has a unique voice that leaves the reader wondering what side they should be rooting for. Gone are the Tolkien inspired played out tropes that plague much of generic fantasy today. You won’t find any wise elves or bawdry beer guzzling dwarves in these pages. Erikson uses his background in archaeology and anthropology to create a world as real and full of life as our own. From the suffocating heat of the Holy Desert Raraku to the great steppes of central Genabackis.

If it sounds like a lot to absorb, that’s because it is. Erikson is ruthless to new readers, plopping them down right in the middle of the action without any forewarning. You are suddenly exposed to dozens of major and minor gods, religions, political strife and a complicated magic system. The overwhelming amount of information can turn a lot of new readers off, leaving them lost and stumbling through the pages. All of the paper versions of the books come with maps, character lists and glossary of terms to help the reader along. If that is not enough there are a few spoiler free forums found online that helped myself during my first read through.

If you feel that you are up to the challenge of embarking on a fantastical literary journey, then pick up the first book in the series Gardens of the Moon. The book opens on the last days of a two year siege. The Malazan army has surrounding the city of Pale, unable to break the siege because of a mountain hanging above the city called Moon’s Spawn. The Lord of Moon’s Spawn is Annomander Rake, the leader of the Tiste Andii and who, up until recently, has been neutral in the Malazan Empire’s conquest of the known world. The pressure builds up and the siege is broken in a conflagration of treachery and magical prowess the likes of which have not been seen for millennia. So if you think you have what it takes, or are just looking for a great series to get you through the winter, the spring and maybe even the summer, then check out Malazan Book of the Fallen, which can be purchased here.