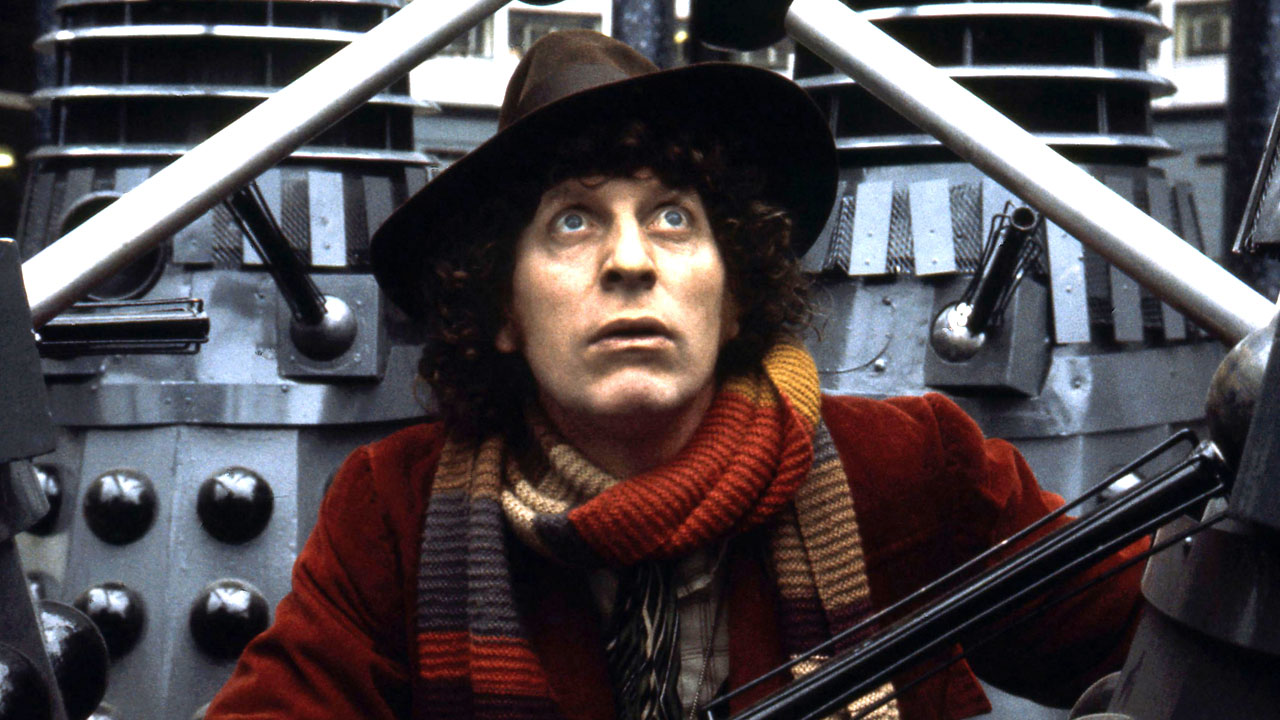 There are still a couple of months to go before Doctor Who returns to our screens with new episodes, so what’s a Whovian to do? This is a great time to check out the classic series and to become acquainted with the older Doctors while you wait for Peter Capaldi to begin his adventures. Sometimes fans of the new series don’t know where to start with Classic Who simply because there are so many Doctors, companions, and episodes to keep track of. Don’t be intimidated. You’re already familiar with the basic premise of the show and no one’s expecting you to become an expert about every single episode. Try jumping into the world of jelly babies and campy special effects with a few classic favorites. These episodes can all be ordered from Netflix or purchased on Amazon.

This is where it all began. In the first ever episode of Doctor Who, the First Doctor (William Hartnell) travels to the Stone Age with his granddaughter Susan Foreman and two of her schoolteachers. The group is caught between warring groups of cavemen and must teach them how to make fire. Susan’s constant screaming can get a bit tiresome but it’s worth checking out this episode just to see how far the show has come since 1963.

If you enjoyed seeing several incarnations of the Doctor work together in the 50th anniversary special, you’ll appreciate this serial. This story marked the tenth anniversary of the show and was the first to include multiple Doctors. The First Doctor, Second Doctor (Patrick Troughton), and Third Doctor (Jon Pertwee) are forced to work together in order to save the Time Lords from a mysterious enemy. Unfortunately, Hartnell was too ill to play a large role in the story (this was his last performance before his death in 1975) but it’s still entertaining to watch the first three Doctors bicker, insult one another, and eventually save the day together. This episode also features UNIT, the alien defense organization that newer fans will remember from episodes such as “The Sontaran Stratagem” and “The Day of the Doctor.”

This serial features the zany Fourth Doctor (Tom Baker) and Elisabeth Sladen as Sarah Jane Smith, arguably the greatest Doctor and companion of all time. If you enjoyed Sladen’s appearances in episodes such as “School Reunion” or in her spinoff series The Sarah Jane Adventures, check this episode out. In this serial, the Doctor and Sarah Jane must battle against an Egyptian God intent on destroying the universe as well as his robot mummies. Fans have consistently selected “Pyramids of Mars” as one of the greatest episodes of Doctor Who because of its exciting script and strong performances by Baker and Sladen.

This is actually a series of three connected serials: “Mawdryn Undead,” “Terminus,” and “Enlightenment.” These episodes feature the Valentine Dyall as the villainous Black Guardian, a personification of chaos who wears a black bird on his head, and Peter Davison as the celery-wearing Fifth Doctor. His companions are Nyssa of Traken (Sarah Sutton), Tegan Jovanka (Janet Fielding) and new recruit Vislor Turlough (Mark Strickson) who is actually an alien. The Black Guardian promises to return him to his home planet if he kills the Doctor. Throughout the trilogy, Turlough struggles to decide whether he should follow the Black Guardian’s orders and the team meets ridiculous creatures such as the Garm, a humongous dog-like being.

Doctor Who: The Movie

This 1996 television film was an attempt to revive Doctor Who after the classic series was suspended in 1989. The plot of this movie is somewhat silly and Eric Robert’s portrayal of the Master is forgettable. However, it’s still worth watching this version of Doctor Who because it was the only episode to feature Paul McGann as the Eight Doctor until his appearance in the mini episode “The Night of the Doctor” last year. McGann is a wonderful actor and it’s a shame he didn’t get a chance to have a full series. The movie is also notable because it broke the taboo surrounding Doctor-companion romances and showed the Doctor kissing an assistant for the first time.