I recently came across a collection of back issues of Electronic Games magazine from the early 1980’s. Electronic Games was founded by Bill Kunkel and Arnie Katz, and ran from 1981 to 1994. These issues are full of retro gaming art and reviews, and it’s a delight to see what’s changed in our hobby and what’s exactly the same.

Although my Geek colleague Michael Westgarth has come up with the top five classic EA franchises, and I unashamedly love EA’s The Sims, their reputation has changed pretty drastically since this 1982 article. EA’s now also known for “winning” worst company of the year two years running, for the EA Spouse anonymous letter.

Here’s a piece about a games journalist talking to AT&T about this exciting new concept of a multiplayer game over the telephone! 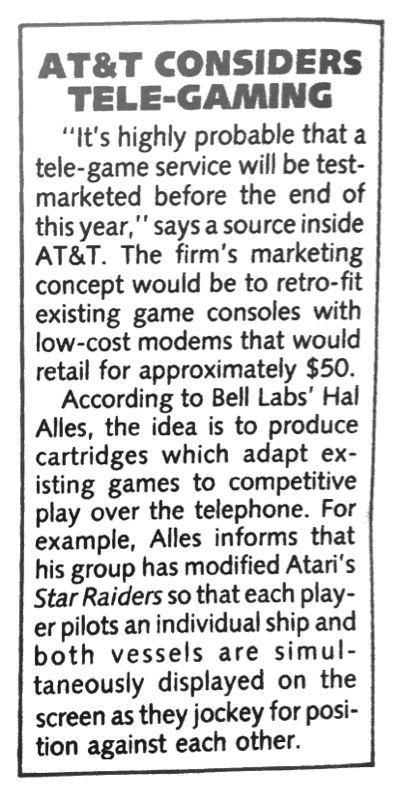 The next time you hear someone say that women just recently became a viable gamer demographic with the rise of lite mobile games like Words With Friends and Candy Crush Saga, you can point to this piece from thirty years ago about a lady arcade champion. 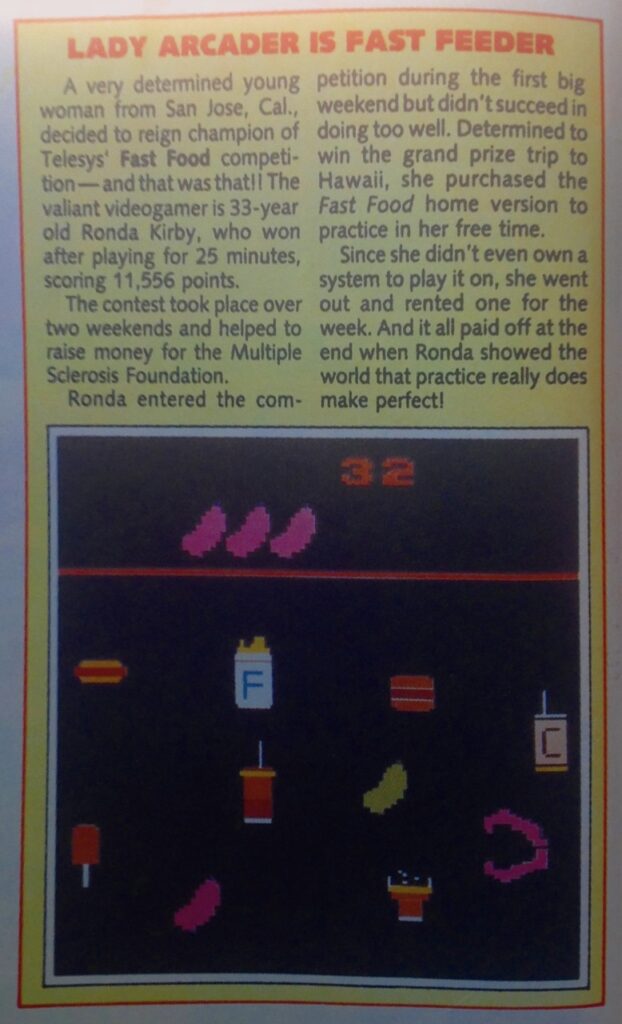 And here’s a booth babe advertisement for a CES product launch! CES has since moved from Chicago to Las Vegas, but there are still plenty of “booth babes” demoing tech, even in 2013. 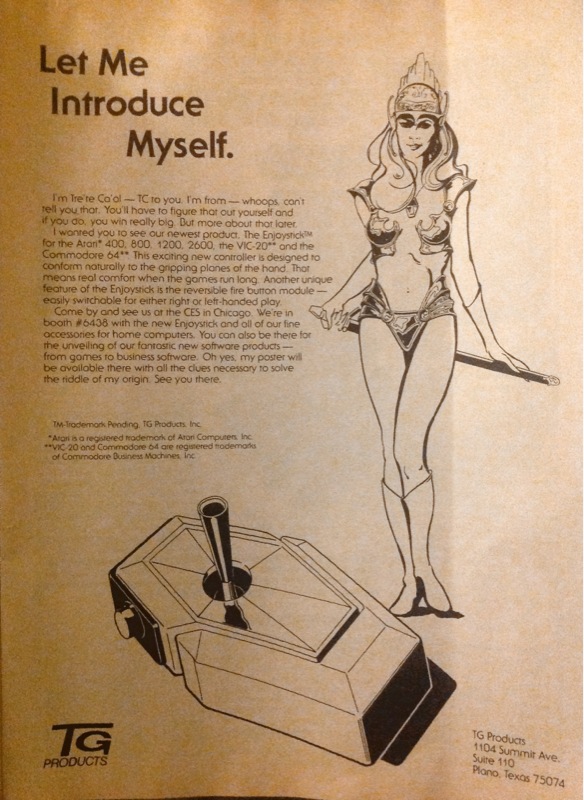 But some of the other adverts were just great. I’m thinking of hanging this over my desk, to celebrate my love of island adventure games. 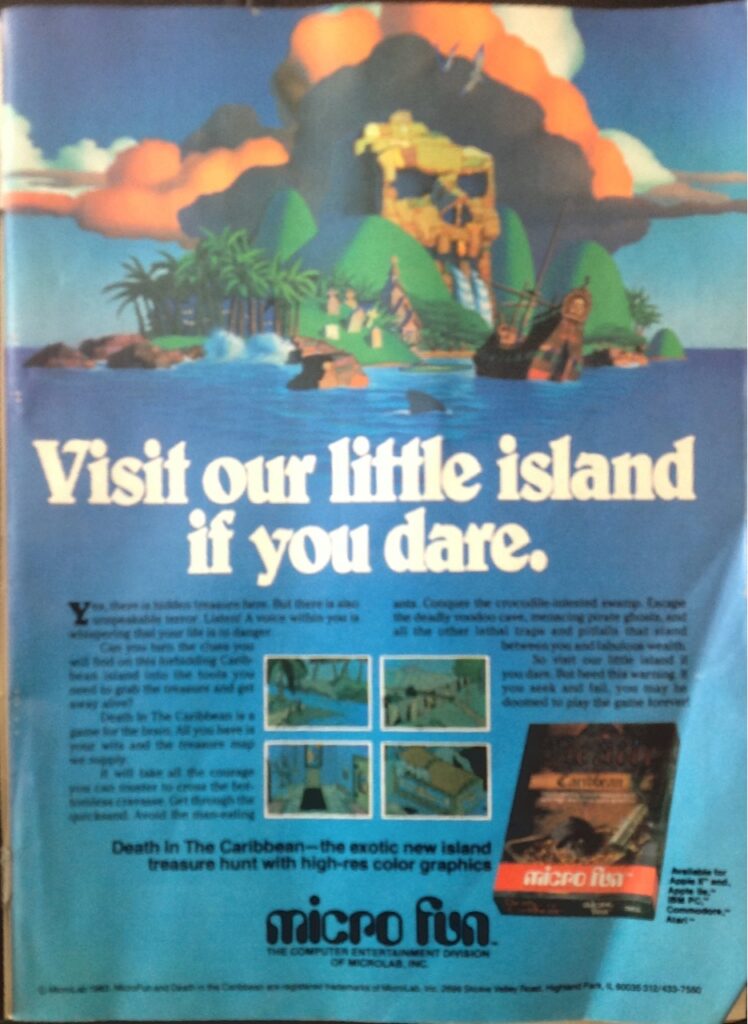 This last one is a personal pick, because I used to work for a game studio on Manhattan’s Park Avenue South, just a few blocks from where Electronic Games apparently used to have their offices.

“The people that create games are artists and that’s the way we’re going to treat them.”
RIP Electronic Arts.