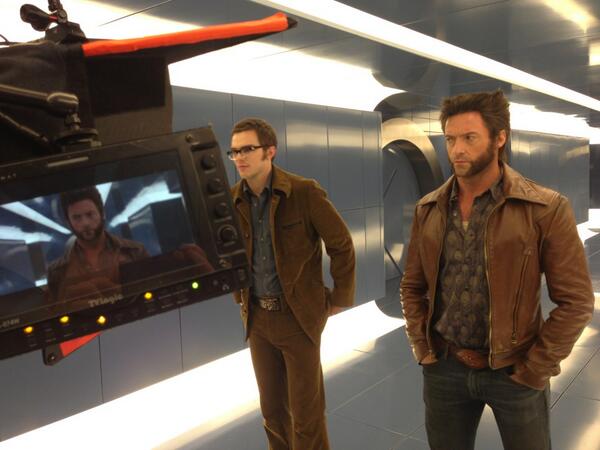 Can you recall the world before social media? It was a strange time. News traveled slower and no one knew what you ate for lunch. In terms of entertainment news, we fans dealt with being in the dark much more. I personally remember tuning in to “Entertainment Tonight” every night one week because they had a sneak peek of “Star Wars: Episode I.” To be honest I would probably still do that sort of thing today. But it’s not necessary. In the case of some popular films, directors are giving us these exclusive looks without warning and on a consistent basis. All we have to do is click follow on Twitter.

Xmen: Days of The Future Tweets

At the forefront of such Twitter treats is “Xmen: Days of the Future Past” director, Bryan Singer. Singer, who directed the first two films in the franchise in 2000 and 2003 returns to bridge the gap between the “Xmen: First Class” and original “Xmen” storylines. So the cast is as massive as the time traveling plot. Singer seems understandably excited about the project. Especially after his last film “Jack the Giant Slayer” flopped. So Singer is working his way back into favor with movie fans even though we still have a year until the new film is released.

Singer started by making cast announcements. It wasn’t clear how much of a crossover the film would be between the franchises until Singer told his Twitter followers in November that Ian McKellen and Patrick Stewart would be returning to play Magneto and Professor X respectively. Then in December, Xmen fans around the world let out a sigh of relief when Wolverine himself, Hugh Jackman was announced to be part of the cast in a similar fashion. It must be mentioned though that Singer’s tweet obsession doesn’t always follow the official stance. After Stewart was announced, he claimed he didn’t know about the project. But Professor X may just be playing mind games with us. The cast announcements continued even including the late entry of Halle Berry to reprise her role as Storm.

As production on the project has begun, the tweets have continued but with photos and Vine videos showing behind the scenes moments. To be honest nothing is that Earth shattering, but they are cool. On Monday he posted the photo above of Jackman and Nicholas Hoult outside of Cerebro. I’m loving the 70s duds.

Across the Marvel universe, ‘The Amazing Spider-Man 2” director Marc Webb is following suit with his own huge film. Webb is more than two months into a photo a day routine that has brought us some fun behind the scenes photos. For the most part they’re small details like props or production equipment. But sometimes there is one worth the director’s space on our Twitter feed. This week he tweeted the first photo of Paul Giamatti in the film, who is playing The Rhino. 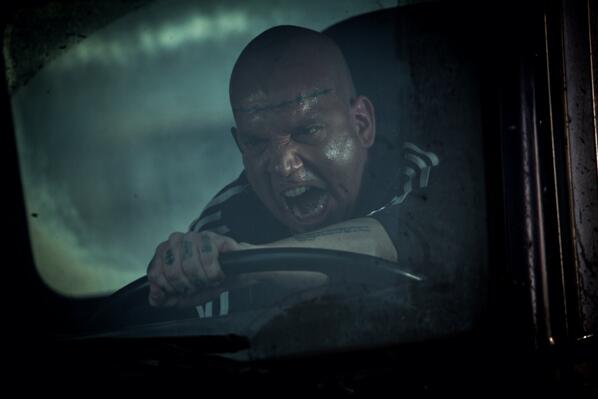 To be honest it’s a bit surprising that more filmmakers don’t utilize this sort of fan interaction more often. It’s free publicity and builds hype for their films long before any trailers are released. It’s especially effective for big comic book movies like the two I mentioned. Sure us film enthusiasts may be intrigued by what goes on behind the scenes of an indie drama, but the high concept sci-fi fantasy films are the ones that come with a ton of cool details that never even make it onto the screen. We want to see them!