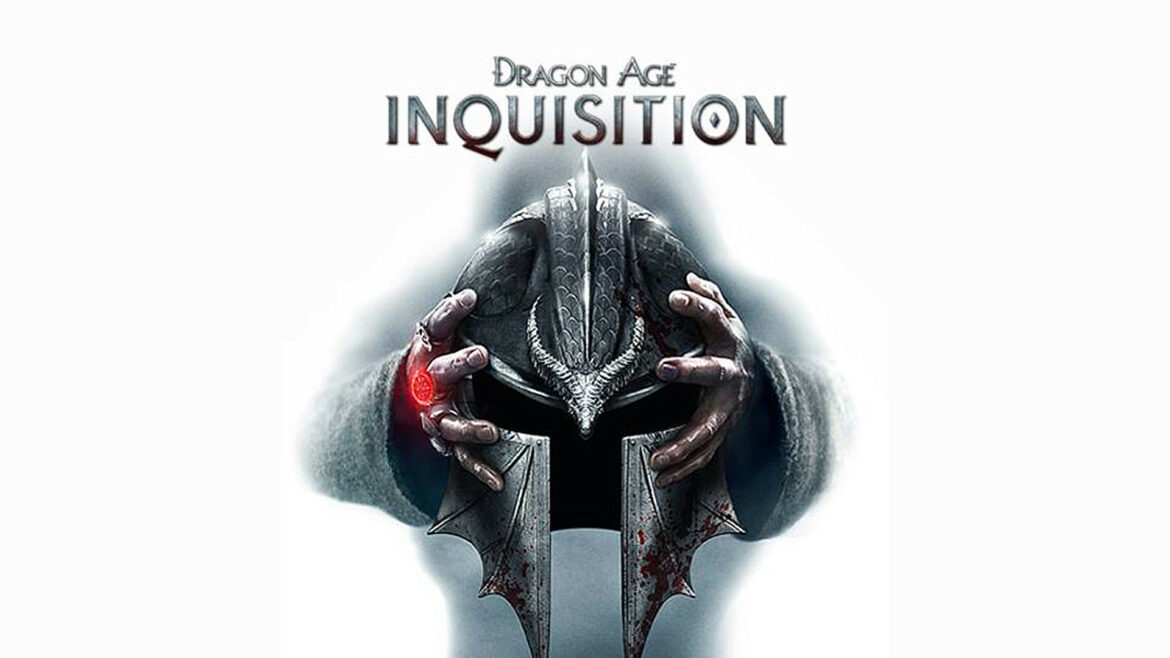 I LOVED Dragon Age. I mean I really really loved it. I was so ready to throw money at Dragon Age 2 that if they would have Kickstarted it, I would have been donated as much as I possibly could. Good thing I didn’t though, because DA2 was a lackluster follow up to one of the best RPGs in years. So now there is another Dragon Age coming out and we all have to contemplate whether we’re getting another master crafted role-playing experience or a casual ride down a railed RPG. 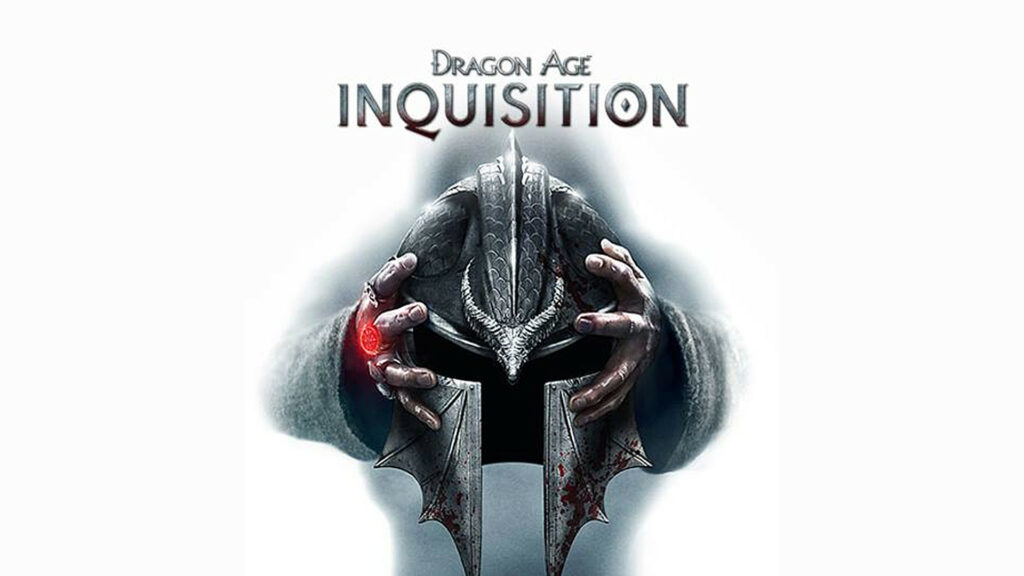 Actually it isn’t going to be following in the foot steps of either really. Or maybe it is following in the footsteps of both…it’s a bit confusing. The only thing that really matters is that Dragon Age: Inquisition looks awesome. The newest member of the Dragon Age family will be taking far more inspiration from games like Skyrim than the other games in the series.

DAI won’t exactly be open world, but it will still be significantly more open than its predecessors. The world will be broken up into huge areas that are all connected to each other in a hub style. This will allow for the open exploration of areas while still allowing all sorts of different environments that might have been hard to work into a single open world.

If you have save files from the two previous games then you can upload your history to change the world. All of the choices you may have made in the other games will be reflected in the world of Inquisition. Did your warden sacrifice himself? Did you make Alistair king? You’ll get to see the results of your past actions in the world. If you don’t have a file to upload then your world will be shaped by a generic canon.

The world will shape not only based on past actions but on the ones you make during the game as well. You can raise structures and fortify areas through your decisions in the game. As your forces move through the world you’ll even shape the landscape yourself. It will certainly be cool to see the visual repercussions of the choices you make. 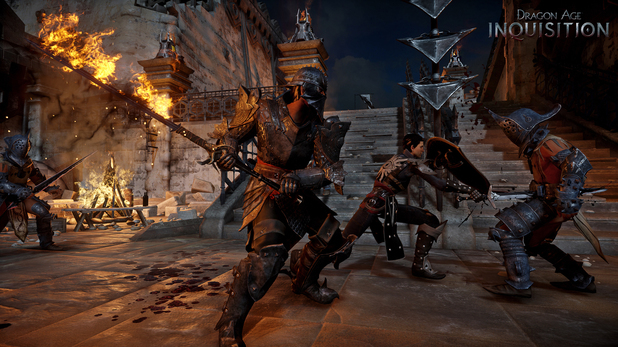 While you can upload your older games, the protagonist is not one you will have ever seen. While it is possible for you to bump into your older character, the newest hero will be all his own. The character creation has also been expanded in Inquisition. They will even be giving back the ability to choose a race for your main character. That’s right, not only will you not be forced to play a Human, but you’ll be able to choose from the full selection from DA1 as well as the Qunari!

You’ll get to choose your party from 9 different fully fleshed out characters. They will each have their own motivations and backgrounds that influence how they react to your actions. If you’ve played DA1 then this probably sounds pretty familiar, but I would expect a little but more depth from the newest entry. After all you could pretty much do whatever you wanted, your party just might get pissed off and make rude comments. The fan favorite Morrigan will even be coming back as an ally.

Bioware seems especially proud of the level of customization available to players. Every piece of gear and be colored and used to completely customize the look of the characters. You’ll be able to customize the skills and abilities of everyone in your party as well as your hero. Each piece of gear will have an appearance that changes based on the class of the character. This gives an enormous amount of customization when it comes to the appearance of your team. 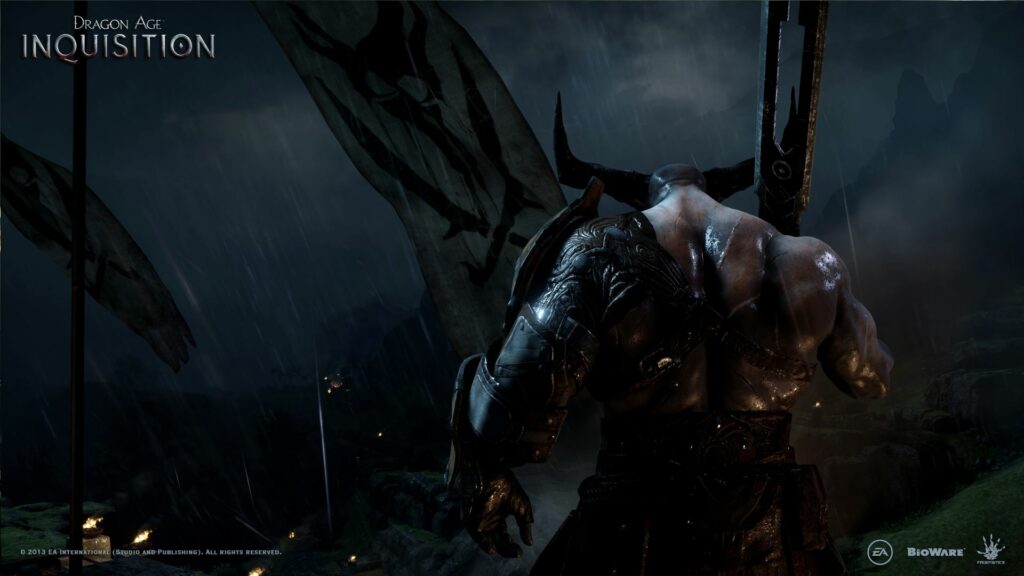 Dragon Age: Inquisition will be taking a far more tactical approach to combat that its predecessors did. It will be more focus on preparation, planning, and creating an effective team. You will have to think ahead of fights in order to ensure you come out on top of combat encounters. Combat in general will be slowed down from the more action-oriented gameplay of Dragon Age 2. While it won’t be quite as slow as the combat in the original game, you will still have time to pause and think about situations before taking action.

As you become more powerful you’ll also be able to manage and upgrade the stronghold that will function as your home base in the game. While specifics about how the stronghold will function aren’t available, I imagine something close to how the Suikoden games did it. With new features, gameplay, and an engine based on Frostbite 3, Dragon Age: Inquisition promises to be an awesome game.

I found The Doctor in the Welsh countryside