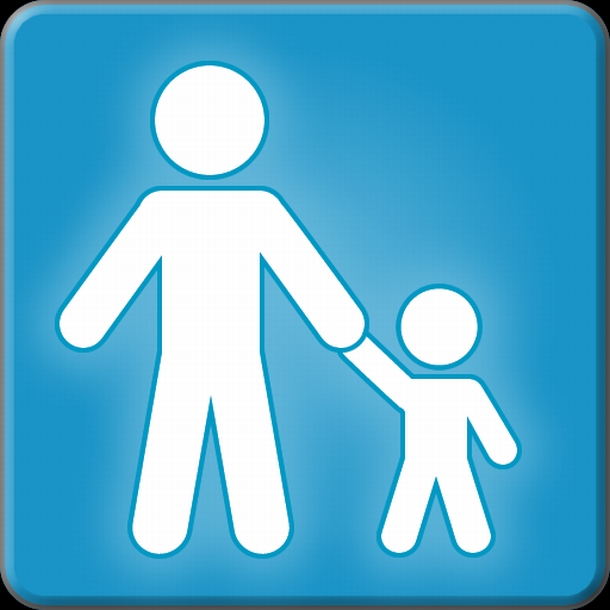 You know how kids always be getting into your phone, sending pictures of their thumbs to your boss, deleting important messages and trying to call long distance to talk to Elmo? Now, there’s a way around it. But is it worth the download?

These Kids Should Get Off My Interwebs And Into Zoodles

Back in MY day, the only phone I could get my hands on was a rotary dial, which meant even if I was up to mischief, my parents caught me before I was past the first digit. These days the kids with their Pokemon and their jive talking, can do a lot more damage.

Everyone who’s met a kid knows that child-proof locks on phones are pretty much meaningless. Unless, it’s the kind of lock that keeps the kid amused. Anyone who knows about the Internet, knows that it’s not all rainbow bridges and mushrooms.  You can’t keep an eye on your kid all the time because they’re sometimes a little boring and you have your own games to play/car to drive/sleep to have.

It’s a free download, though there is a premium version available, I’d go with the free version to test it out on actual children. I didn’t have any children prepared earlier, so I just tested it out knowing that I have the patience levels of a grumpy 3 year old.

You enter your birth date, which you have to remember for later use because that’s how you can lock/unlock the Kid Mode.

Then, you set up the profile of your child in the Parent’s Dashboard. By telling Zoodle what year your kid is born, they work out what games on your phone and which games they have in their inventory, are appropriate for your kid. It’s not an astrology type thing, if your kid is a Water Sign born in the Year of the Ox, I’m fairly certain they get the same games and movies as the Fire Sign kid born in the same Year of the Ox.

Mainly just videos. But there’s a cute educational game or two in there.

There’s also a Storybook mode, available for all age groups. Only one book is unlocked, but I’m sure if you splash the cash, you can unlock others. A cute feature is that you can record the story with your own voice at a later date.

On top of that- Video Messages! You can unlock this for your kid and set who they can send these messages too. Handy for doing stuff that grandparents think is cute.

You have a good selection of Dora The Explorer videos.

The games are a little slow paced, for me, but I’m sure a 3-5 year old would eat that all up. (I personally loved a game that talked about ‘The Magic Door’, ‘The Space Door’ and ‘The Fabulous Door’. Fabulous!)

They’re educational style games, that seem appropriate for the learning level of kids that age. If your child happens to be a genius, then lie to Zoodle and tell them your kid is older than they are. It’s not like an R rated game is lurking around the corner in this app.

The games are more difficult and entertaining at this point. Apparently Sponge Bob? Not just popular with 20-somethings. Kids like him too. Life is cray-cray.

They also have a ‘Pokemon’ game, which is basically a Bejewelled/Candy Crush style game. Except, not as addictive and I’m not sure what it has to do with Pokemon. Kids will like it though

Games for these kids are SERIOUS BUSINESS!

There’s cooking games, chain explosion games and even a word search. There was even a cute game that reminded me of Joe Cartoon, but without the rudeness.

The games for kids in this age range need to be responsive for the kid to play them. Unfortunately, I didn’t find them to be. I have a plastic cover over my phone (HTC Velocity 4G) but that really shouldn’t have made it quite so difficult to play the games.

Maybe it’s because of my giant adult fingers that I found it especially hard to make focussed moves in the games. Still, I expect an app like this to have chosen games that are good with responsiveness because the whole point of the app is to entertain children, not make them grumpier.

Also, as far as ‘Sarah’s Cooking Class’ goes, it’s great and a much better alternative to actually getting your kitchen dirty. But I don’t think you should use steak knives to spread whipped toppings on things.

Downsides- The ‘Free Weekly App’ it gives you (for each kid) could cause temper tantrums when your child can’t unlock it the next week and you don’t feel like paying whatever it costs to unlock it. I guess you could teach your kid the word ‘No’.

Upsides- It rings loudly when the kids try and get out of the app and unless they know what year you’re born, they won’t be able to unlock it.

Overall, it’s an app I’ll be recommending to all my friends who have kids. Or ones who want a nice selection of education games/cartoons/Bill Nye on their phones. It’s easy to navigate around, it kept me from talking for at least an hour and it’s available on a range of devices.