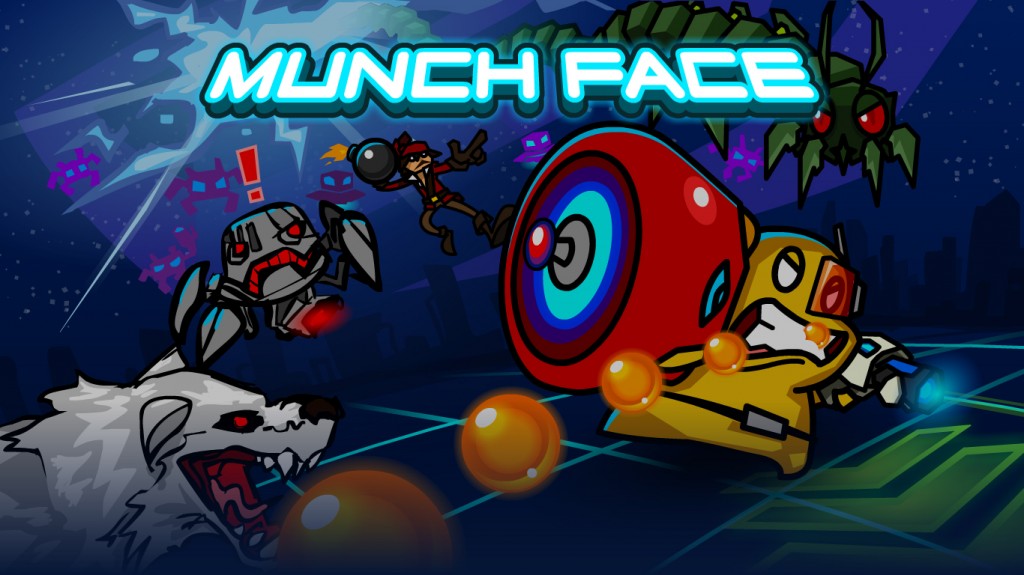 What is Munch Face? Is it a strange slang somewhere in between the goofy insult a little brother throws and a nickname a father has for a son? No, that would be ridiculous. Munch Face is of course a mash up of old arcade classics like Bomberman, Pacman, and other “man” suffixed retro games (with plenty not). Can the game possibly live up to the predecessors it borrows so much from?

At its core Munch Face is another Pacman knockoff with some flare on top of it. That’s okay, but in order for a game to pull off that sort replication it needs to make improvements to set itself apart. Munch Face does this by including variations in gameplay inspired by other classic video game series. All of the levels still take place in a Pacman style maze, but gameplay changes slightly for each game type

The free version of the game comes with 3 game types for you to play: Power Cubed (Pac-Man),Bombs Away X (Bomberman), and Shockwave Shot (?). In Power Cubed you are basically playing PacMan with no real difference aside from some enemy changes. In Bombs Away X you pick up bombs that function just like in Bomberman instead of getting the ability to eat enemies, there are also turrets that try to shoot you. In Shockwave Shot you can pick up laser guns and shoot them down the halls at enemies.

The differences between the modes of play change how the game feels significantly. In the free mode the levels never change, they just spawn more enemies as time goes on and the pellets regenerate. If you pay to unlock the game you get access to another 100+ levels including new variations like a Portal gun. These little changes give you the ability to change it up should you become tired of one particular type of gameplay. The only problem was that I found myself getting tired of ALL the gameplay types. Maybe it is just because I don’t love Pac-Man gameplay enough, but the fact it is just infinite play until you die without progressing levels makes it tedious.

As you play the game you will collect coins that can be spent to upgrade your power in game. The ray gun shoots wider, you move faster, the ability to eat enemies lasts longer etc… This however just seems like a tacked on feature in order to try and keep you playing for longer. After an hour I had almost all of the upgrades bought anyway, so it didn’t add much to the game. I think Munch face could have done with either making this a deeper part of the game or removing it all together. 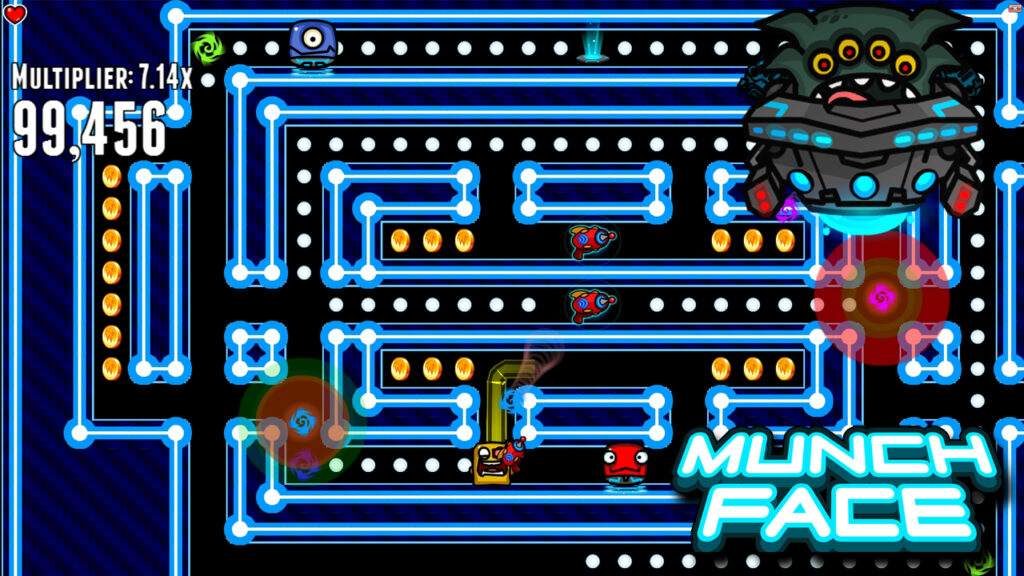 Munch Face has definitely kept that retro graphics feel while still managing to update it. It reminds me of the re-releases of Pac-Man that you could always find in Namco bundles and on Xbox live. The visuals remind me of a high end flash game you might find on a site like Newgrounds. While I can’t say that I was blown away by the visuals, they had a nice touch that let you feel like you were playing an old arcade game.

My only beef with the aesthetics are the characters models. While they are clean and well done, they don’t fit into the style that the background lays out. They look out of place moving up and down the retro style labyrinth, as if they’d just confusedly wandered out of a game of Alien Hominid. I also ran into a strange glitch where I closed out Munch Face, then resumed it, and all of the monsters were replaces with numbers that wanted to murder me. 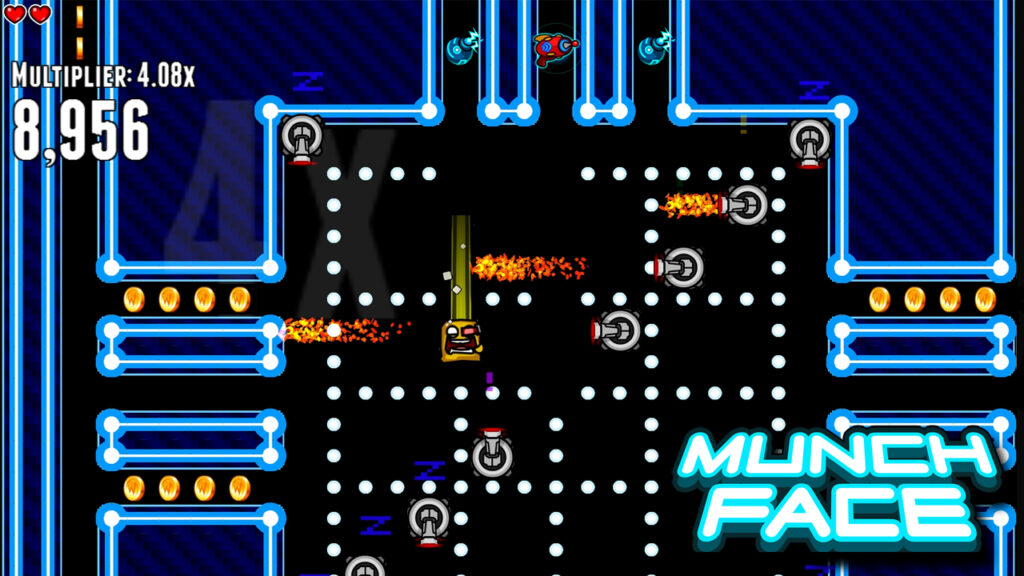 Munch Face does a great job with its sound and music. When you play the game you’re backed by an upbeat techno style track that reminds me of something that might play as battle music in a sci-fi roleplaying game. Destroying enemies unleashes a satisfying crash and your movement is punctuated by the “WHOPE” sound of picking up pellets. The sounds are all very satisfying and reminiscent of classic arcade titles. My only issue with the sound is when you’re in the game menu. Moving through it is accompanied by an obnoxious clunking sounds that was particularly unpleasant.

You can purchase if full version of Munch Face for $4.99. This will unlock the Challenge mode which has all the extra levels and power ups. I was honestly plenty tired of playing the game with the three levels they provided. Unless you are really into Pacman style games, then I bet the free version is plenty enough for most people. I just think there are games out there I’d rather give my hard earned money to.

Baumgartner Beaten By a Teddy Bear and Raspberry Pi!