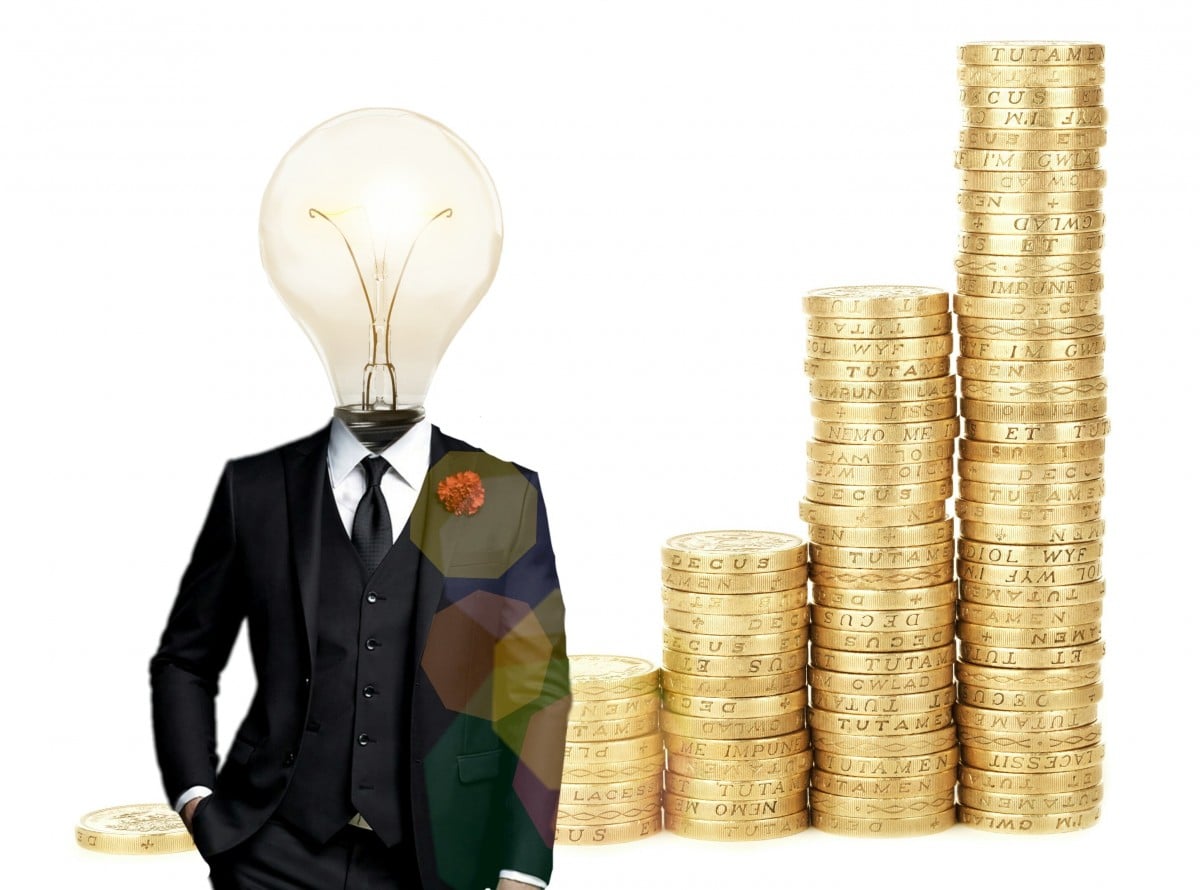 After grabbing his book off Amazon and devouring it in a single sitting, I reached out to author Dennis Lewis in hopes of an interview. Whether it was my exceptional conversational skills, my glowing review of his book, his desire to share his knowledge, or a combination of all three, Dennis graciously accepted.

While Dennis and I have spent quite a bit of time talking about blockchain in general, I presenting a lightly edited version of a conversion we had specifically regarding his book and the messages it presents. If you have any interest in blockchain technology, cryptocurrency, Bitcoin, Facebook’s Libra, or other altcoins, I think you’ll enjoy what he has to say.

[GI] What is a Cryptopreneur?

[Dennis] A Cryptopreneur is a business person who harnesses the power of the blockchain to solve real world problems.

However, while this is a good definition of the term, in order to better understand the concept, I think it might be more important to talk about who is NOT a cryptopreneur.

A cryptopreneur is not an engineer who is solely focused on inventing the next big tech innovation. While perhaps interesting on a theoretical level and definitely useful for long-term advancement, these engineers are not actively solving real world problems. Think about them like theoretical physicists – gifted, interesting, but a little far out there.

A cryptopreneur is also not a founder who is focused on launching and profiting off of the sale of tokens. All too often, and believe me that this is from first hand experience, these types of founders are short term speculators who are more interested in the Lambo lifestyle than in building a sustainable business that improves lives.

A cryptopreneur is not a lone superhero. She doesn’t intend to single handedly change the world. Instead, she understands that great projects exist thanks to great teams. Get the right people on the bus and you’ll go places (even if they aren’t where you originally intended on going).

The Reason Behind the Book

[GI] Why did you write this book?

[Dennis] I wrote this book out of sheer frustration.

I am fed up with the cheats, the scammers, the speculators and all the other riff-raff that’s giving our industry a bad name.

You see, I’m a true believer.

I honestly believe that blockchain technology is a game changer. It has the potential to transform society for the better, but as an industry we seem hell bent on NOT delivering on this promise.

Things need to change and it’s the people in the trenches on the projects that are going to provide these changes. We can’t sit around hoping that the next sharding technique or consensus algorithm is going to fix all our problems, because it ain’t happening.

In order to have a prosperous future, we need to have a bold vision of where blockchain technology can go and then put in the hard work to make it happen.

That’s what cryptopreneurs do.

Why do you think that scammers are the second biggest problem of the blockchain industry?

Don’t get me wrong. I hate being scammed as much as the next guy. And to be honest, it’s happened to me more than I’d care to admit.

You know what’s even worse?

In my opinion, the obsession we have as an industry with short term, speculative results. Using the valuation of tokens to drive innovation is an amazing benefit to what we do. Not only have ICOs opened the door to a whole new way of fundraising, but they’ve given wings to some truly amazing projects.

However, we can’t let fundraising and quick profits cloud our vision.

The blockchain industry will not survive this way. Unless we build solid projects that solve real problems, we’re doomed to riding this roller coaster into oblivion. Sure, maybe we’ll satisfy the whims of a few million cryptocurrency traders, but we’ll never reach the wider market of real people out there, and that would be a total shame.

[GI] You aren’t very enthusiastic about young blockchain CEOs. Why is that?

[Dennis] Look, not very many people have done more to screw things up than Mark Zuckerberg. With his baby faced CEO mythology, he convinced the world that young, inexperienced CEOs are the sure fire way to disrupt industries and roll out whole new paradigms.

Unfortunately, if you look at Facebook’s current predicament, you can easily see how this myth can backfire.

Youthful exuberance is a wonderful thing. It brings tons of energy to the table and often opens new perspectives on traditional thinking.

However, nothing compares to real world experience.

Building a sustainable business requires a whole suite of skills that they just don’t teach in an MBA. I’m talking about people skills, cashflow skills, down and dirty marketing and sales skills.

These are some of the qualities that old geezers like myself bring to the table and I honestly believe our industry needs quite a few more geezers and a fewer whizz kids.

[GI] Why do you keep saying that blockchain is at a fundamental crossroads?

[Dennis] Because we’re on a crash course with disaster.

The blockchain industry is increasingly associated with criminals, scammers, market manipulators and all sorts of seedy undesirables. And basically, we’ve earned that reputation on purpose.

Sure, when you peel back the layers on the onion, you can still see the true potential of the technology. But if we don’t start delivering on these promises soon, we’re going to end up being a blip on the historical radar.

And the answer isn’t better technology.

The answer is building successful projects that actually solve problems.

All over the world people are shut out of the traditional financial system. In many countries it’s difficult and expensive to move funds. Supply chains need optimizing. Workers need to be paid quicker. Content creators need to be rewarded.

There’s no end to the problems that clever cryptopreneurs can solve.

The question is, where are they and what are they waiting for?

[GI] What is a Distributed ICO? Why is it important?

[Dennis] Look, I’ve helped raise millions of dollars doing ICOs over the last few years, and I’ve pretty much seen it all.

And one of the conclusions that I realized was that the whole idea of ICOs is flawed. It incentivizes the wrong types of people to develop the wrong types of projects. Why? Because the traditional ICO fails to align the interests of investors and founders.

Let me ask you a question. Why does a 23 year old founder of a blockchain project need to raise $30 million up front? It makes absolutely no sense.

Not only does it create problems for the founder, but it also endangers the project, as well.

A Distributed ICO solves this because basically it’s an ICO on an installment plan.

As long as the project communicates well and delivers on its promises, it will continue to be funded. It rewards the earliest backers the most and allows the founders to concentrate on what they should be concentrating on – creating a transformational organization.

The scammers and cheats HATE the whole idea.

After all, if your mission is to sell a bunch of tokens and buy a Lamborgini, then why the heck would you consider doing a Distributed ICO.

However, if you’re truly serious about your project, then you can avoid the headaches of running a full scale ICO while having the certainty that you’ll have the funding you need when you need it.

The truth is that engineers can be awesome cryptopreneurs, if and only if, they learn to look beyond the technology. If they can accept that management, marketing, sales and people skills are just as important as building an awesome new product, then yes they can be truly exceptional cryptopreneurs.

All too often, engineers obsess over their products and fail to focus on the rest of the business. Then one day they wake up and realize that no one cares about what they’ve built. Even if it’s incredible.

What are the quickest ways to kill a blockchain project?

This is a fun one. Here are five really clear danger points:

1. Only worry about the product.

3. Tell yourself, “I’ll worry about the marketing later”.

[GI] Why do you say that Henry Ford was the first cryptopreneur?

[Dennis] Although he was born in 1863, Henry Ford lived the life of a true cryptopreneur.

He didn’t invent the automobile. He didn’t manufacture the most technologically advanced cars. Instead, he changed the world.

Henry Ford decided that everyone deserves to be able to enjoy the freedom of owning their own car, and set out on a mission to make that vision possible.

To accomplish his dream he invented and optimized new business models. He put in place assembly line production and paid his workers a living wage.

To put it simply, he built a true business that went beyond just an amazing technological innovation (the automobile).

And that’s what today’s cryptopreneurs need to do too.

[GI] Who is the one critical team member that most projects forget to hire?

[Dennis] OK, I know this isn’t going to be sexy, but here goes.

I dedicate a whole chapter in the book to explaining why cryptocurrency projects are complicated to manage and why hiring a bookkeeper is essential to surviving.

Are great UX/UI designers important? You bet. Are smart contract developers crucial? Sure.

But heed my words.

Run your blockchain project for a year without a decent bookkeeper and you’ll inevitably run it into the ground.

[GI] Where can people go to learn more?

[Dennis] Thanks for asking!

My website is www.cryptopreneurs.club and readers can get the first four chapters of my book for free there. Sign up to my amazingly fun and engaging emails there and join us on our journey to turn around this industry!