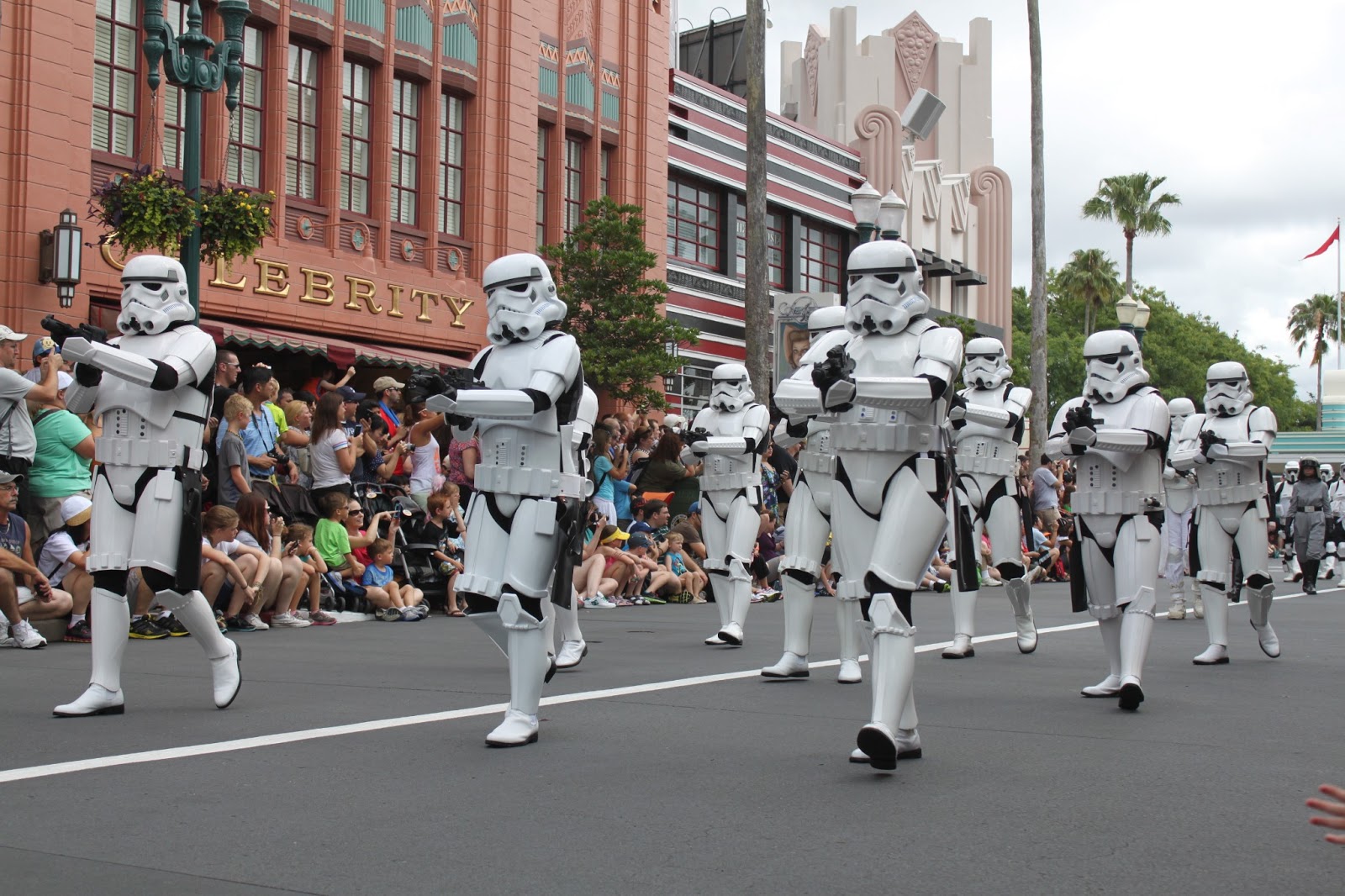 There’s something to Disney’s business model.  It sets itself up as a company of dreams and wishes while simultaneously taking over every facet of media and raking in profits around the globe.  Their domination of the entertainment business has never been more apparent than in the last few years with the acquisition of both Lucasfilm and Marvel studios.  The former has become somewhat of a centerpiece of Disney’s mass media banquet.  All of its many subsidiaries have pooled their efforts to support the upcoming Star Wars trilogy set to premiere next year.  Here are just a few of the ways they plan on maximizing the Star Wars box office success.

Of course raising money for UNICEF is universally good, but that doesn’t mean the almighty mouse didn’t have some ulterior motives for their fundraising endeavor.  In the announcement for the charity, J.J. Abrams is shown with some of the props he plans on using for the actual film.  This was no coincidence.  We get to see just enough practical effects to assuage our fears that this will just be another C.G.I. showcase without any creativity or passion.  The prize of a week early premiere is a technique used to develop hype for the actual opening night.  Force for Change is a wonderful cause, but it also supports the movie in a subtle way.

The Phineas and Ferb Special

The new movie seems to be targeting all the age demographics. It’s bringing back the old cast members but also brings in some young newcomers to appeal to kids and teens.  Because of this, it’s important that the kids be informed and excited for these movies.  That way, kids will bring their families and friends and expand the audience.  The Phineas and Ferb Star Wars special shows the titular brothers having an adventure behind the background of episode 4: A New Hope.  While a bit of a “jump the shark” episode, it gives a great deal of background on the upcoming movies, that young audiences need to know.  Call them sell-outs, but Phineas and Ferb are going to get a lot of kids in seats when Star Wars VII premieres.

On August 5th, CEO Bob Iger announced that he was planning a much larger Star Wars presence at the Disney theme parks.  In addition to simply adding more attractions, this move shows the customers in the park that the Star Wars brand is deeply tied to the Disney brand.  Since Lucasfilm is still working on the movies without much direct intervention from Disney itself, audiences might forget that Disney is even producing them at all.  This creates an association between the two companies and demonstrates that the synergy will continue.

Perhaps the most significant use of the Star Wars property apart from the movies is the animated series set to premiere this fall, Star Wars: Rebels.  The story takes place five years before the events of Star Wars IV and sixteen years after Star Wars III.  It chronicles a ragtag group of fugitives as they struggle to form the Rebel Alliance of the original trilogy.  The production staff has an extremely strong resume, with executive producers from the Star Wars: Clone Wars TV show, X-Men Days of Future Past, and even Disney’s Gargoyles.  The voice cast is impressive as well with Steve Blum and Freddie Prinze Jr. playing lead roles.  The show draws inspiration from a lot of the concept art from the preliminary development of the 1997 Star Wars, including a beaten-up R2 unit based on early sketches of R2-D2 that were long since abandoned.

The show ties together old Star Wars and new in a very exciting way that is sure to draw attention to the even newer movies in development.  The show is also set to premiere early on the Disney XD’s digital streaming app, showing it is being marketed to older and less “Disney Channel” audiences.

This multi-pronged approach to marketing has been incredibly successful already with the Marvel movies leading up to the Avengers.  Tying all of Disney’s properties to Star Wars is sure to make it a huge box office success.