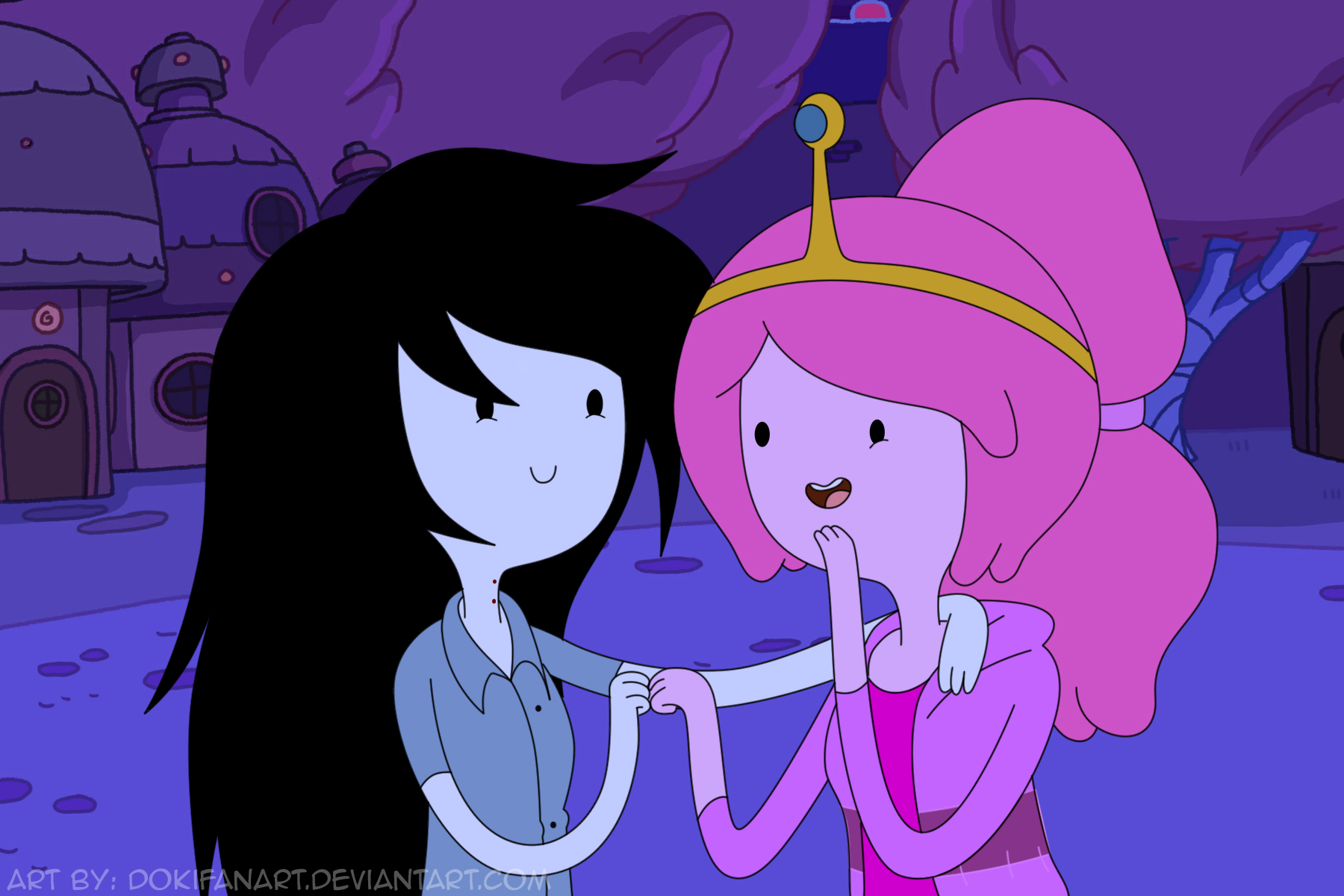 Bubbline shippers, now is your time to rejoice! It has been officially confirmed that Princess Bubblegum and Marceline once dated. Continue writing fanfic and drawing fan art in celebration of the good news.

Hints about the nature of these two ladies’ relationship have been dropped throughout the six seasons of Adventure Time. Especially that one time PB kept a shirt that Marceline gave her. And when Marceline sang a bitter ballad to PB. It was so obvious that there was some post-break up resentment and heartbreak between the two of them, as well as an attraction that hasn’t quite gone away.

In spite of these not-so-subtle hints, Bubbline had never been officially confirmed. That is, until Pendleton Ward, the creator of Cartoon Network’s Emmy-award winning show, stepped in. Ward has confided in the voice actor for Marceline, Olivia Olson, that the Vampire Queen and the Candy Kingdom Queen were in a relationship prior to the beginning of the show. Olson, prompted by a fan question, then took the liberty of sharing this information with the public during a recent book signing.

Watch the video of Olson talking about her conversation with Ward below:

In the clip, Ms. Olson says that she had been talking with Ward about Marceline’s character, and he casually mentioned that she and PB had dated. Olson’s immediate follow up question was whether the ladies’ relationship would ever be shown on screen. Sadly, in some countries where Adventure Time airs, it’s illegal to be in a same-sex relationship or even to be gay at all. While this is only an unfortunate side effect of a much larger problem, it is still disappointing news for many fans to hear. However, it is possible for the Bubbline romance to be mentioned in a future Adventure Time comic, so there is still hope! 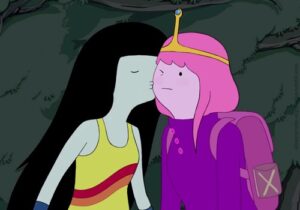 So, what would PB and Marceline have been like as a couple? I think that Marceline would greatly admire PB’s intelligence and her love for science, while PB’s favorite thing would be listening to Marceline jam out. I picture them in PB’s lab, her working on experiments and doing research, while Marceline plays her ax bass and sings a song that she wrote for PB. They would probably go on midnight walks together and have picnics for lunch. Marceline would joke about how pink is nothing more than a light shade of red, and PB would invent a gadget that would allow her to float with her girlfriend. Though they argue with each other (because really, their personalities are quite different) there is mutual love and understanding in everything they do.

In short, they would be an adorable couple.

Including LGBTQ+ characters in any story telling medium isn’t only important—it’s necessary. When that story’s target audience is children, it’s even more important. Reinforcing the notion that there is huge diversity when it comes to sexual orientation shows kids that being straight is not the “normal” way to be, therefore fostering tolerance and acceptance in future generations. Plus, it proves to adults who may be less than tolerant that teaching kids this stuff won’t mess them up or confuse them. Perhaps more important is that LGBTQ+ kids will see someone like them in the stories they are told. Even if some kids might have not discovered everything about themselves yet, it’s comforting to relate to a character in your favorite show, book, or movie. Beyond including LGBTQ+ characters, it’s important for those characters to be confirmed and not merely hinted at. That’s why this official announcement about Bubbline is so great.

What could be next? Maybe a confirmed gender queer character (Lumpy Space Princess?) or an asexual character. We’ve known for a while that Adventure Time is a very progressive show, so really it’s only a matter of time. For right now, though, let’s celebrate the history of Bubbline!