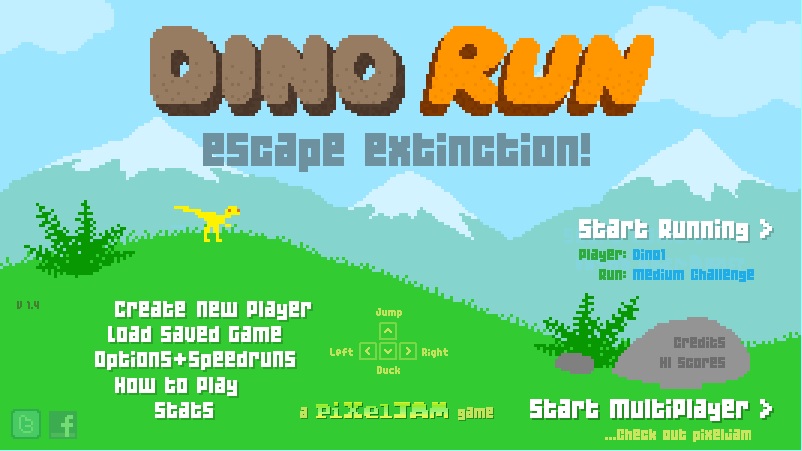 Finding free flash games that are equal parts awesome, fun, and time-consuming is tough. Luckily, Geek Insider is here to help you find the best, the funny, and the so-bad-it’s-awesome games of the internet.

With that, let’s check out:

Where Can It Be Found

There’s not much to this side scrolling game. You are a dinosaur and the end has come. It’s up to you to preserve the dino race by collecting all the eggs you can. It’s a simple game that’s great for if you want something easy to play while you’re bored at work or home. 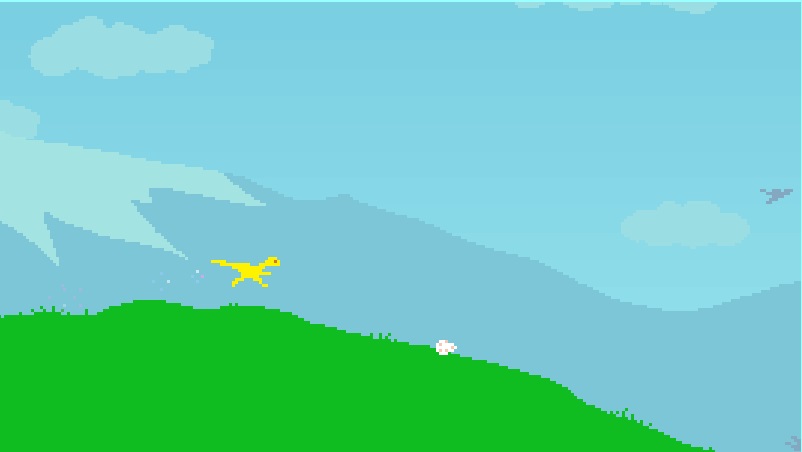 There are only four buttons you need: WASD or the arrow keys, depending on what you prefer. Space bar is there for pausing. I’d also like to take this moment to point out that this is an extremely hard game to take screen shots with. I learned the hard way that you don’t have infinite lives… 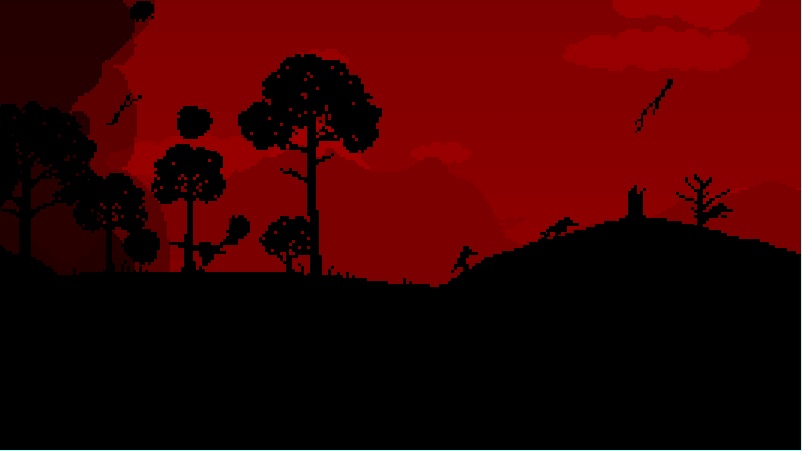 Each level is similar and random to the one before it. The “doom” starts chasing you and you must race to the end of the level before it catches up. Of course, there are obstacles like slow stegosauruses that are inconsiderate enough to step on your eggs, tar pits, falling rocks, and heat crazed pterodactyls. Ironically enough, despite your dino’s honourable intention to save all the eggs it can, it has no hesitation to eat the smaller survivors for DNA points, which can be used at the end of the level to upgrade speed, jump height, and more. 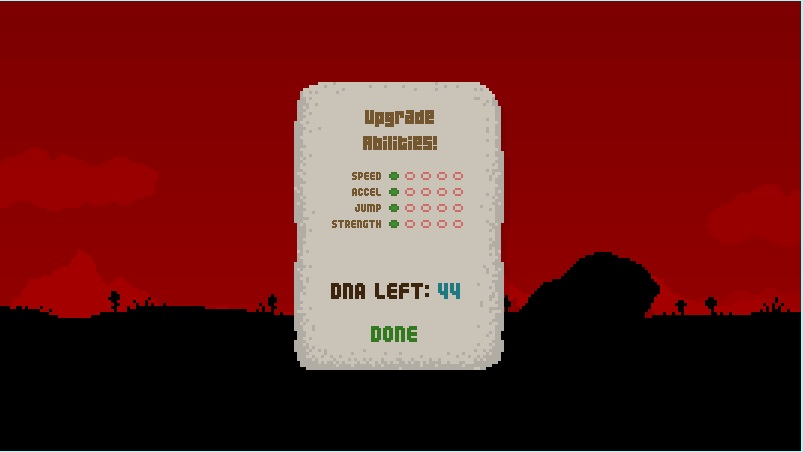 Some special things to note: sparkling flowers temporarily boost your abilities while skeletons provide a lot of DNA points. Also if the doom catches up with you and you manage to stay just a bit ahead of it, you get “doom surfing” bonus points.

What Makes It Stand Out?

It’s cute and well thought out. There are tons of little things in it that make it funny, like the poor apartosaurus stuck in the tar to the pterodactyls or hadrosaurids that will help you out in a pinch. Also, it’s cute. Just plain cute. Look at those dumb dinosaurs running for their lives. Aw. The music is pretty catchy too. 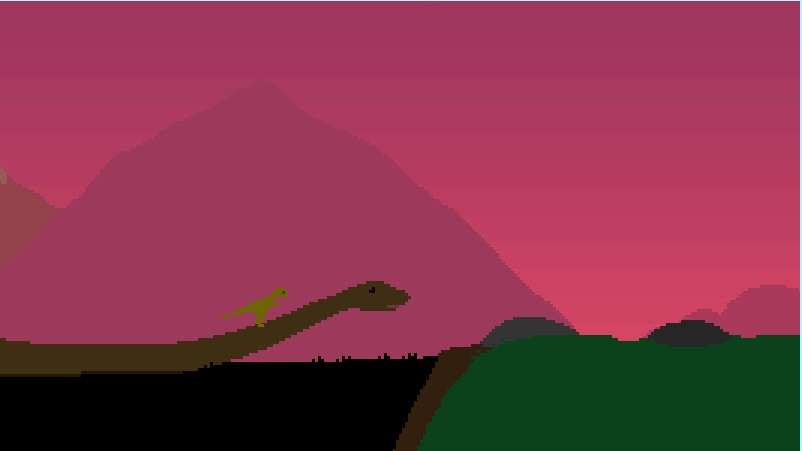 It’s rather short and some people might find it rather repetitive and boring. There aren’t any real medals or anything you can collect, you can’t go back and replay a level to get more eggs or DNA and once you’re dead, you’re dead. So while it’s a cute game to play, it’s not really something you’re going to return to play again and again.

That said, there is a new version out called Dino Run SE (Slightly Evolved) that gives you more levels, dinosaurs, and the ability to adorn your dino with a hat, banana, or Cthullu head. However, it is not free and will cost $3.00USD to get. This isn’t necessarily a lot of money but if the SE version is just a longer Dino Run, I don’t see it being worth it. 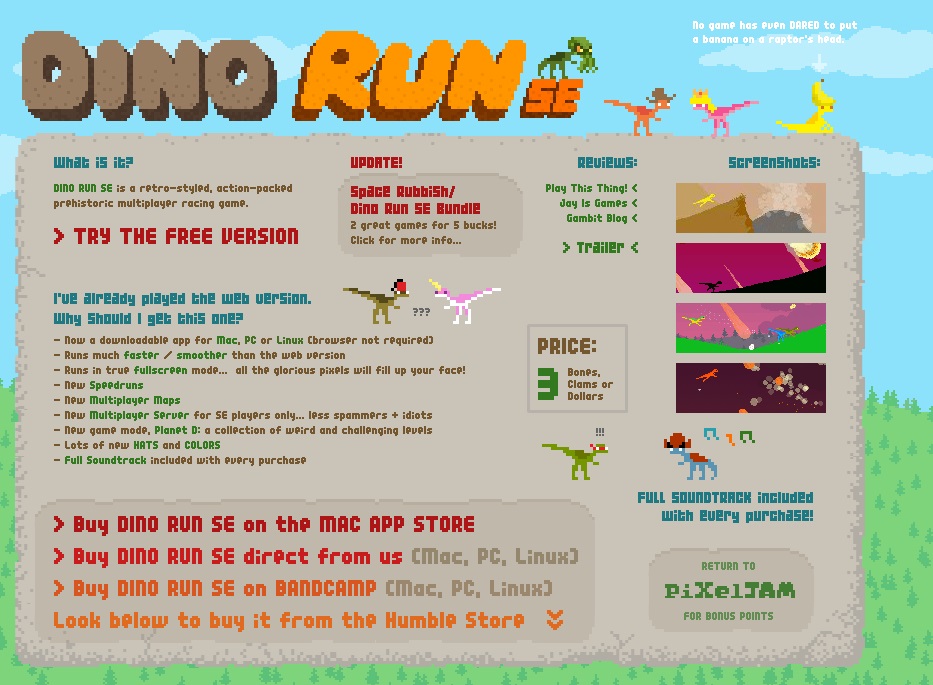 Overall, Dino Run is a cute game to kill time that doesn’t require much brainpower or strategy. So go on then, save those eggs, you adorable dinosaur you!