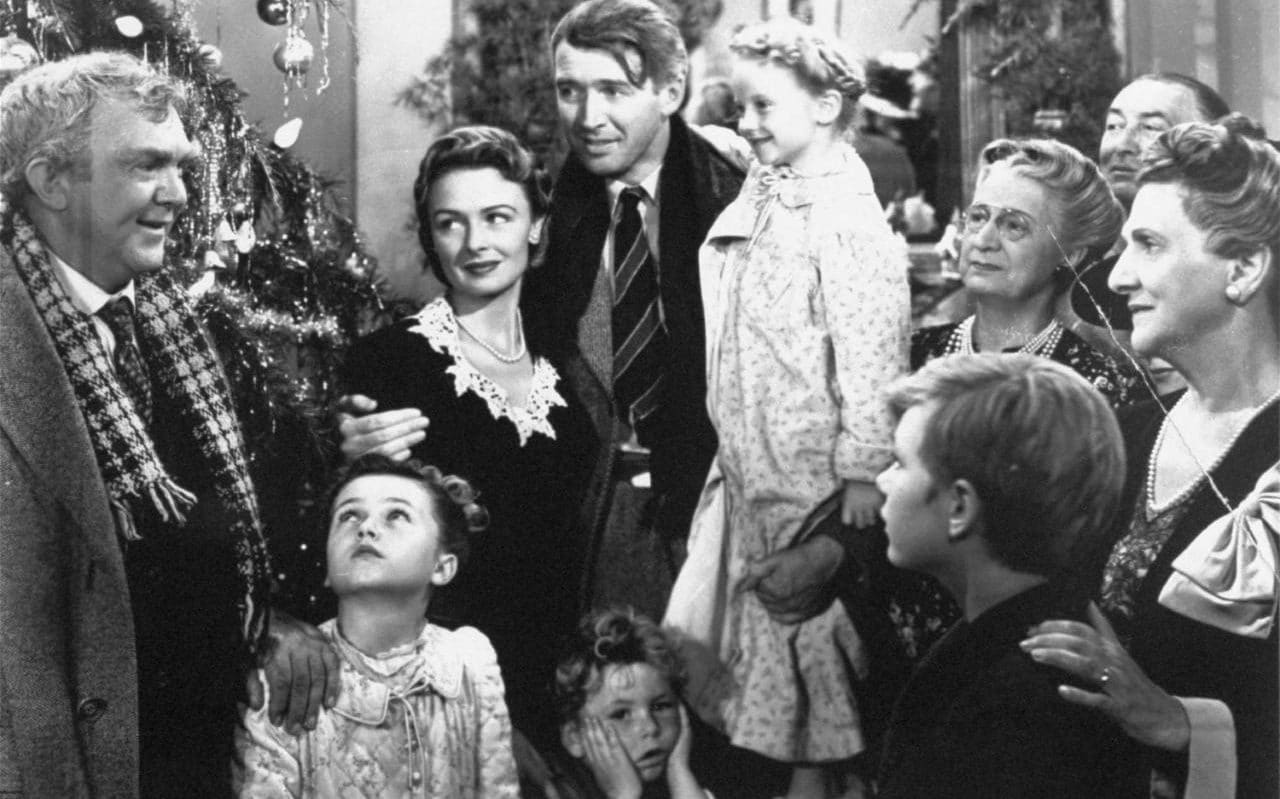 It’s a Wonderful Life is one of those iconic holiday movies that almost demands a rewatch every December. I first saw the film when I was in college, and I actually wrote an essay about it for my Abnormal Psychology class. This isn’t that piece—that was written more years ago than I care to remember, and the only extant copy is sure to be discovered by an archaeological team in the not-too-distant future.

But I started thinking about the movie again this year, and maybe it deserves better analysis than 20-year-old me could give it. The real question is: does George Bailey really have a wonderful life?

(I know what you’re thinking: “It’s a feel-good holiday movie; don’t overthink it. And why do you hate Christmas so much, anyway?” And I get that. But if you’ve read anything I’ve written here over the past few months, you know that’s just not what I do. There are lessons to be learned from just about everything we watch, even if the writers don’t really intend to do more than just entertain. And when you watch as much TV and as many movies as I do, you almost have to think a little bit just to keep your brain from turning to mush. So humor me for a few minutes.)

We all know the basic plot: George Bailey’s life has spun out of control to the point that he’s about to lose his family, his business, and his freedom. Things are so bad that he tries to commit suicide, and then he wishes he’d just never been born. Clarence, an incompetent but good-hearted angel-in-training, grants his wish. Long story short, George discovers that his life has touched so many others over the years that, if he truly had not been born, the world would be a much darker and sadder place. George takes his wish back, and he goes home to discover that a ton of his friends and family have rushed to his aid and taken care of the crisis that had pushed him to jump off that bridge in the first place. Clarence gets his wings, George gets his life back, and everyone lives happily ever after.

And, in case you miss the moral of the story, Clarence spells it out for us at the end of the movie: no man is a failure who has friends. And that’s a pretty good statement, as statements go—it looks equally good on a shirt or a coffee mug, and it pairs well with the other things we say to make ourselves feel better, like “follow your dreams” or “let go and let God” or “I’m the most electrifying man in sports entertainment!”

Okay—maybe that last one’s a little specific, but you get my point. It sounds good, and it makes us feel good, but is that really the true measure of success? And does having all of those friends really improve the quality of George’s life? Of course, they solve his short-term crisis so that he won’t be arrested and the Building & Loan won’t be shut down. But what else does it really change?

For starters, even after the end of the movie, George is still a man with largely unfulfilled goals. His dream has always been to travel and see the world. And while you can argue that that’s a boyhood dream that he probably put aside once he got older and started a family, there’s no real indication of that. After all, aren’t we supposed to follow our dreams no matter what? So, unless the money donated by his friends turns out to be enough to quit his job and travel on, he’s right back in the same position (minus the impending indictment) after the new year.

Also, it’s great that he has all of these people in his life that want to help him. But why? Sure, many of them are family members, but most of them are people he’s helped over the years, and so it’s really only fair that they’re returning the favor when he really needs it. Nothing wrong with that at all, and I’m sure their motives are genuine. They truly care about George, and it shows.

But why has George done so much for them? It’s not because he ever really wanted to—remember, he would have been traveling around the world if he’d had his way. But he ends up having to stay home to run the family business while his brother goes off to be a war hero. And the reason all of that works out the way it does is because George saved his brother from drowning when they were kids, losing half his hearing in the process.

My point is that we see George as an altruistic, selfless person who’s spent his whole life up to this point sacrificing his own ambitions to help others. And that’s a truly marvelous thing. But it’s easy to miss the fact that maybe George isn’t really all that happy about the way his life’s turned out. Maybe he’s pushed to the point of suicide, not just because he’s about to lose everything, but because it’s the last straw in what’s been a largely disappointing existence up to that point.

So the camera fades, and everyone goes home, and the euphoria of being able to replace the lost money and stay out of jail eventually fades, and we can only assume he goes back to life as it was before. A good life, yes—but is it really wonderful? Has it changed significantly from what it was before?

Of course, you can argue that the entire experience has given him a brand new perspective, and now he appreciates the little things rather than taking them for granted. And that may be true. But here’s where we have to throw in the one thing that, at least for me, takes the entire story out of the “this could really happen” category and places it squarely in the feel-good fantasy fiction genre—divine intervention.

Let’s be honest—if God doesn’t send Clarence the angel down to fish George out of the river, and then to take George out of existence for a few minutes, George dies that night before anyone can help him. All of the friends and family Mary calls in would have gotten there in time for his funeral. So the question really becomes whether you believe that God (or some other divine entity) truly exists and has not only the power but the desire to get involved in the affairs of men and help us when we need it. If you do, then this story probably resonates with you (even if you don’t buy the whole “guardian angel” thing). If you don’t, then the whole thing’s a little frustrating.

The only other thing I’ll mention may be the most important. As we discussed earlier, the one thing we’re supposed to take away from this story is that the number (and maybe the quality) of one’s friendships is the true measure of success. But what about those who, for whatever reason, just don’t have that many friends? It’s easy to dismiss them as “loners” or “antisocial” or “stuck-up” or any number of other things we like to call those who don’t function well in social situations.

But that’s the point—some of us just don’t. Some of us are just awkward and don’t make friends easily. And some of us, like George, are living very frustrating lives that cause us to wall ourselves off from the people we need the most. Admittedly, it’s not healthy. But, for many of us, it’s our reality. And at least George was a gregarious person who seemed to make friends easily. Imagine how bad things might have gotten if he’d been a socially awkward introvert?

Holiday movies make us feel good. It’s what they’re designed to do. But we would all do well to remember that, for some, the holiday season can be a pretty frustrating time. Maybe we can all help make someone in our lives more “successful” by being the friend they need right now.