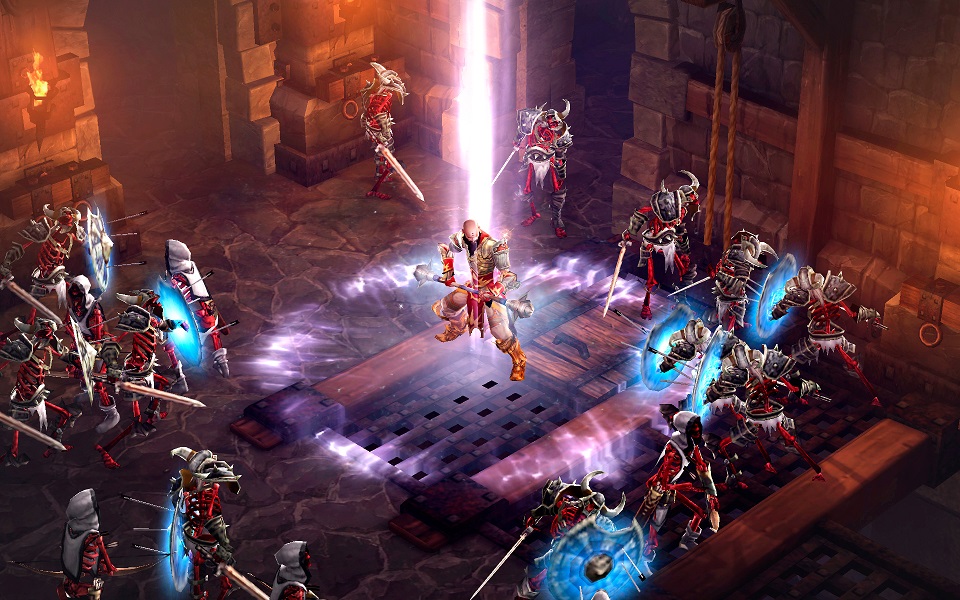 After a long wait, Blizzard has finally started taking pre-orders for the PlayStation 3 version of its most popular RPG, Diablo III. You can now simply pre-order one copy (or as many as you like) for yourself for just $59.99. There are no words on the exact release date of the game. So, we assume that it will be out in a couple of months.

There are more bonuses included with the pre-orders of the game. People who pre-order Diablo III for PlayStation 3, will receive a new and exclusive in-game item, Infernal Helm – which according to the company grants extra experience points to any character equipped with the helm. This will help newcomers to quickly increase their character’s level.

In addition to including all the improvements from the PC version over the past year, we’ve made several updates to Diablo III for the PS3. We got a ton of positive feedback from players who tried the game at PAX East, and we can’t wait to get it into everyone’s hands later this year. – Said Mike Morhaime, CEO and Co-Founder of Blizzard Entertainment.

The PlayStation 3 version of Diablo III has been tweaked to provide a better gameplay experience on the console. Boss battles have been updated, a new user interface has been introduced that features a console-centric control system for the game, and mainly, a new dynamic camera has been incorporated to make it easy for console gamers to explore the evil world in Diablo III. Players can also play Solo or in a party mode of up to 4 people on the same console with local co-operative play, or try their skills online on PSN with other players.

The storyline stays the same as its PC counterpart, and players will be able to choose from among the 5 characters which include, Barbarian, Witch Doctor, Demon Hunter, Monk or Wizard.

You can pre-order from any retailer and you will be eligible for the Infernal Helm bonus. We have still not heard any solid details about the exact release date of the game, but according to Amazon’s pre-order page for Diablo III, the game will be released on 31 December, 2013 – that’s definitely not an actual release date, but a placeholder. Still, lets just stick with it until Blizzard announces the actual release date for Diablo III (PlayStation 3).

Diablo III for Xbox 360 Anyone?

Have you tried Diablo III on PC? What would you like to see improved in the console version of the game? Do you want an Xbox 360 version too? Let us know by commenting below.