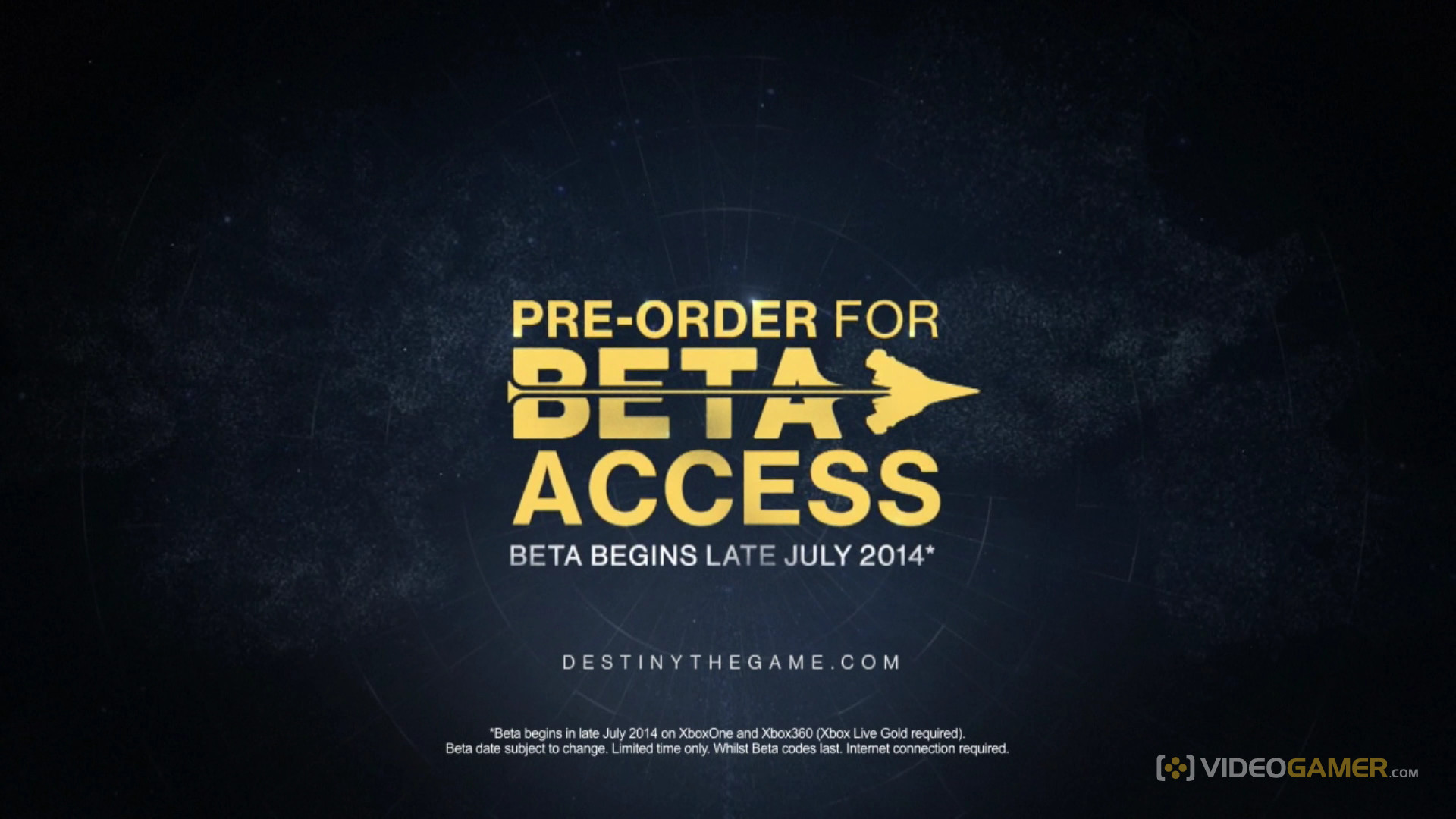 With downloadable content and the ability to track player information, open betas have allowed developers to fully test games publicly before their official launch.  A company who have made use of this ability in the past is Bungie, launching betas for Halo 3 and Halo: Reach.  With the company’s time with Halo over, Bungie has moved on to a new project called Destiny.  The project was extremely ambitious and was massively important for the studio that had been known for strictly producing games for the Halo series.  An incredible amount of work and love went into the unfinished game and now it has entered the beta phase for public testing.

Just a few weeks after the release of Destiny’s Alpha testing phase, the game’s beta was released on July 17th for PS3 and PS4. The beta will also be coming to Xbox 360 and Xbox One, but not until July 23rd.  The game will be offline for scheduled maintenance on July 21st and 22nd and will shut down permanently after July 26th.  Players received access to this content by pre-ordering the game.  Additionally, players received not one, but three keys, so that they could bring friends with the same system into the fray.

Despite Bungie and Sony having past experiences with launches such as this, the content was not released smoothly without a hitch.  At 1 pm, the scheduled time of the key code releases, Bungie’s website crashed due to the flood of gamers trying to get their codes.  The situation was rectified by Bungie e-mailing codes directly to gamers, starting with Ps3 codes and ending with Ps4 codes.  Getting your code did not serve as the only problem, as downloading it was also an issue.  Shortly after the download became available, the Playstation Store also crashed.  The company came out and stated that the store was “Intermittently Available”, staying that way for a few hours.

A whopping 10.97 gb download gave players tons of content to try out.  As in the alpha, players start by customizing their character.  After choosing a class and race to play as, it’s a five level grind until the crucible, the game’s multiplayer portion, is unlocked.  The game’s campaign serves as more than just a introduction to the game.  Weapons, armor and skills are acquired to get the player up to speed with others.  Levels have both a normal and hard difficulty, but attempting to jump into hard levels without major skills or appropriate weapons puts the player at a massive disadvantage.

While there are single player/co-op missions available to play the game’s multiplayer portion serves as the major reason of why the beta testing is being done.  Despite the leveling system that the game uses, the currently offered matchmaking nullifies level advantages to even the playing field.  However, it is worth noting that players cannot pick up opponent’s weapons, so players with better weapons do still have an advantage.

Additionally, Bungie has already started in game events, a trait that the company has been known for.  For select hours on July 19th and 20th, the game featured an additional game mode called The Iron Banner.  The mode does not level out the players, allowing them to make use of the levels and equipment they acquired.  Doing so allows players to have a no-holds-barred battle and a chance to earn exclusive gear, all while playing maps only playable in the game type.  The company has also hinted at more events to come once the beta is available for Xbox consoles.

Okay, that’s everything going on in the beta, but how does it play and does it look good?  To put it simply: the game looks gorgeous.  From the second that a player downloads the beta, the user is treated to a huge collection of concept artwork, showing how much love went into the creation of the game.  Levels span out huge distances, with incredible environments.  Characters are detailed, giving every ally and merchant a visual personality.  Multiplayer maps are constantly changing with different weather effects and different times of day.  Doing so changes the amount of environmental lighting, making it harder or easier to see enemies.  Overall, the attention to detail is great, giving players a reason to replay through with different character classes.

The gameplay style is very similar to Borderlands.  Players level up their character, collecting different gear and powers to beat bigger and badder enemies.  Players are equipped with a normal weapon, a special weapon and a heavy weapon.  Additionally, players have equipment and skills, both on a cooldown system, an interesting choice seeing as ammunition for special and heavy weapons are scarce.   The in-game character is accompanied by a “ghost”, serving as your sidekick who will point to where you need to go and casually hacks computers while waves of enemies attack you.  A nice addition is the ability to summon a vehicle, making transportation through large areas much quicker and easier.

Multiplayer is quick and hectic.  Larger levels feature quick vehicles and powerful turrets, while smaller levels force players to rely strictly on their firearm skills.  Currently there is only a territories gametype called Dead Sectors, where players must kill while controlling objective points.  Other modes are shown as locked in the beta, assumingly playable once the game is officially released.

While the game will be available for two generations of consoles, make no mistake, Destiny is truely a next gen game.  The graphics in HD look amazing and are going to set the bar for next gen games to come.  As for Bungie, Destiny is a completely different experience from Halo, allowing the company to stand out for more then just one great series.  Destiny launches son September 9th, 2014 on PS3, PS4, Xbox 360, and Xbox One.